“2016 is The Year! Do not put your concerns on the back burner any longer. It’s time to alert your friends and everyone you know that the global economy is imploding!” 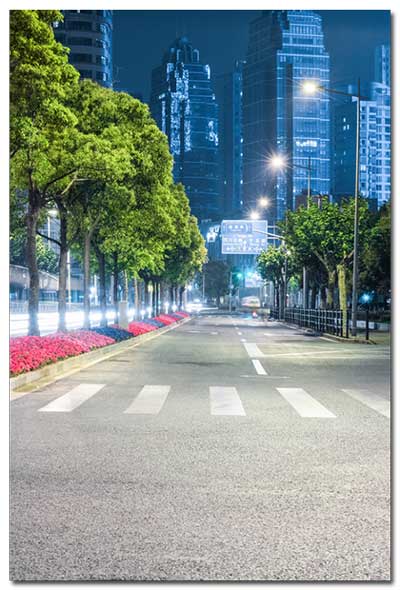 For the past 7 years, the world has been living through a really ugly experiment, hyper-Keynesian economics. Included are stimuli, low interest rates, quantitative easing, and plenty of fraud to go around, from government statistics to the lack of honest accounting, with the suspension of marking current assets to current market prices.

For years, investors were bullish on China, a country that was hailed as a great success from central planning, as a state-run economy with some capitalism, and perhaps a model others could look to in the future. As China fueled commodity consumption for the past 15 years, now the world has to take a serious look at what they have accomplished.

Ghost cities and $50 billion bridges to nowhere were all part of an economy and job market built on air. Now, as reality sets in for China’s future growth, a new reality needs to set in for investors: the fact that we have no idea what will be China’s new normal, because even once they hit bottom, they’ve already built cities for the next 20 years. Think of the harm this has done to a construction worker looking to enter the workforce in 5 years. What’s the point? The cities of 2025 were built in 2010.

For commodity investors, this is a disaster, which is why we suggest anyone buying a resource stock today should also seriously consider having a position in a China bear fund or ETF like CHAD.

Here in the U.S., oil companies since 2009 have borrowed at artificially low interest rates in order to produce higher-cost oil from fracking, which has now helped flood the world in oil. Only now we have lower oil prices, higher interest rates for the oil frackers, and an almost certain default, as these companies can’t pay the debt back, especially with lower oil prices that, for the most part, are unprofitable for unconventional drillers.

So what does an oil executive do in this scenario? Well, so far, they’ve tried to make up losing money on oil with volume, which obviously has only made the problem much worse. All around the world, stock markets are crashing. Brazil is in a depression, China and Europe are in recession, and Canada and the U.S. look to be entering an official recession in 2016.

The central planners have truly made the reset of 2008 ten times worse, and unfortunately, there is no silver bullet, but we believe we have put your best options forward. We are living through a moment where all the trillions of dollars in misallocation and debt are unwinding, so we are going to live through a nasty deflation, but at the same point in time, we must also consider how central planners will respond. This is why there is no foolproof way to protect and profit forward – there are only strategies to hedge through this crisis.[/vc_column_text][vc_column_text]

1. China Implodes into a Severe Recession 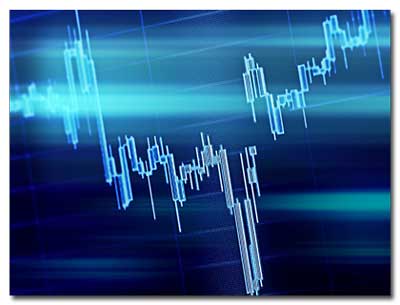 As already noted above, this centrally-planned miracle is now turning into a nightmare. All of the misallocated capital is being redirected towards a real and sustainable economy, which is going to have a lot less growth than we’ve seen over the past 15 years.

**We think this is the ultimate hedge for silver and resource investors. You can still own the highest-quality resource stocks like First Mining Finance (TSXV: FF & US: FFMGF), while shorting the biggest risk out there to commodities: China.

The resource sector is dirt-cheap and poised for a major recovery that will create plenty of liquid millionaires over the next 1 to 3 years. However, while you wait, hedge your position by owning some of CHAD.[/vc_column_text][/vc_column][/vc_row][vc_row][vc_column][vc_column_text][su_note note_color=”#fcfcfc” text_color=”#000″] 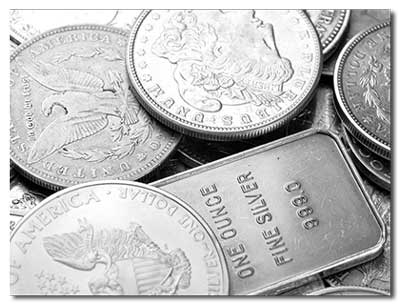 This is the one commodity that has true exposure to both the monetary crisis that will be coming as the response from our central planners to deflation, and it is still considered an industrial metal by many.

Where silver separates itself from the pack is that it’s one of the only commodities that is seeing a supply contraction and a demand explosion. This means silver, prior to any other commodity, will see a major recovery, including new highs in the last half of 2016.

Action to Take: You’ve got to go with the best precious metal companies in the business.

We strongly recommend you consider shares of First Majestic Silver (NYSE: AG) and First Mining Finance (FF). First Majestic is a primary silver producer and has projects in Mexico.

First Mining Finance is headed up by the most competent management team on earth, and holds key gold and silver resources. This means the metal is in the ground, safe and secure in their North American properties. They are also aggressively acquiring key assets – in the past 6 months, they have acquired 4 other precious metal companies.

**With the recent rate increase, we believe this will mark the bull market for gold, which can only help push silver even higher. Just as everyone thought gold would rally in the face of QE and low rates and it did the opposite, the stories about the death of gold in the face of rate increases is completely wrong. Gold in the ‘70s and early 2000s had some of its best gains in a rising rate environment.[/vc_column_text][/vc_column][/vc_row][vc_row][vc_column][vc_column_text][su_note note_color=”#fcfcfc” text_color=”#000″] 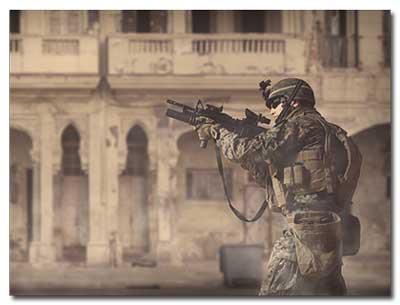 As a father of three small children, this is the last thing I want to forecast for 2016, but the writing is all over the wall. China, the U.S., Russia, and Saudi Arabia are all on the ropes. There are many equations here that equal war. Economically, it’s all in their best interest.

Russia, Saudi Arabia, and the U.S. need higher oil prices, and war will deliver that. For the U.S., war can also keep the dollar’s role as the dominant safe haven. China may be in the most vulnerable position, as its leaders are like a drowning man, taking on its last gasps. Their mirage economy is falling apart, and a war will be perceived as the answer to many of their failed policies.

Action to Take: Buy iShares U.S. Aerospace and Defense ETF (ITA). This is a cap-weighted fund, holding just under 40 stocks.

2016 is also an election year, and you can bet both parties will be giving tribute to how great they will fight against ISIS. In light of Paris and San Bernardino, any new Islamic terrorist attack will also give these stocks a big boost. Sadly, the defense industry owns a lot of U.S. politicians and insiders, so predicting war in any given year may be one of the easiest forecasts one could ever make.[/vc_column_text][/vc_column][/vc_row][vc_row][vc_column][vc_column_text][su_note note_color=”#fcfcfc” text_color=”#000″]

The world is flooded in oil right now, and production just won’t let up. Russia, the U.S., and Saudi Arabia are all nearly tied for the top spot in production. For the Americans, it’s a matter of not being able to stop – the frackers need to pay the interest on all their debt. For the Russians and Saudi’s, it’s about keeping their governments solvent.

Oil, along with the markets in 2016, will likely see a crash, which is why we forecast both $10 oil and $100 oil. $10 oil could play out in the first 9 months of the year. However, a spike down in the oil price will be met with a tsunami of money printing.

Tax revenues and great-paying jobs would collapse in a low-oil environment. Cheap oil also goes against all of the government policies in alternative energy, so the force that will come into play when oil crashes will be a violent reaction from governments and central banks. This will also be a high-risk time for war to begin.

Action to Take: Hold cash. Outside of pure speculation, we don’t suggest allocating any capital to this sector.

If you currently own a legacy position in BP, Chevron, Exxon, or Shell, than perhaps hold on to it, but a cash position would be best. You want to own oil, but we don’t plan to start taking any positions until it is in the $20s.

Don’t worry about missing out on profits; you’ll have your CHAD position in trend #1 for the collapse in oil, and you have your FF, AG, and ITA positions in Trend 2 & 3 to profit from its rise. When oil rises, precious metal stocks are going to soar, perhaps even greater than oil stocks themselves.[/vc_column_text][/vc_column][/vc_row][vc_row][vc_column][vc_column_text][su_note note_color=”#fcfcfc” text_color=”#000″] 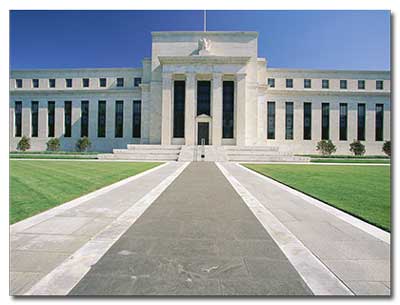 December 16th, 2015 was an inflection point for central planners – academics trying to run an entire global economy, all of them completely disconnected from reality. Imagine never having to deliver any real value, but you make $30,000 a month or more, and you happen to be in charge of managing the world’s most important economy. Every 5-star hotel you go to, you’re the keynote speaker, and everything is paid for, including your chilled Fiji water.

Your ego is only fed more by the fact that every statement you put out swings the Dow Jones a billion dollars.

The central planners sealed their fate by keeping rates too low for too long, and now they raised them a quarter point, sucking a trillion dollars of liquidity out of the markets. The world is at peak debt, and that is where the central planners fumbled so badly. They could get the credit expansion they hoped for, but instead, they got the lowest money velocity on record. Now they’ve raised rates and truly sealed their fate for 2016.

The FED will lose control. 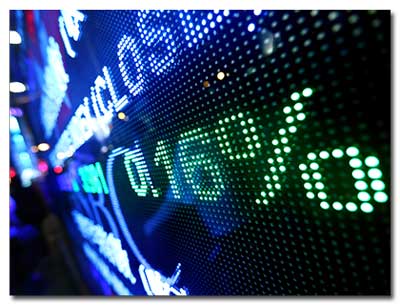 The market has a had an amazing 7 years of upward momentum, but we believe 2015 marked the top. In 2016, we’ll stay around the highs, but the upside potential is very small compared to the downside risk.

Put simply, yes, the Dow Jones could rally to new highs, but we put this at a 20% chance. There is more than a 50% chance we could see some major market moves down in the last half of 2016. 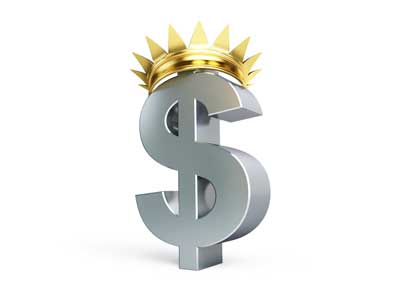 I know many readers will be shocked to see that we believe the dollar’s biggest gains against other currencies could be ahead of us for 2016, but it is looking more and more likely.

You must remember that markets are emotional, so just because the dollar is going to have a great year doesn’t mean the dollar is strong – it’s just that the dollar, amongst all the others, is the tallest midget in the room, so to speak.

China is imploding, and with yuan, the Chinese have devalued it 7 times in the past 6 months. Europe is going negative with interest rates, and the U.S. FED is raising rates.

The perception is that the dollar is the best place to go for liquidity, and we believe this will be true for most of 2016. However, we also believe gold will have a major resurgence this year as well. So along with our gold positions, like physical gold and a core position in First Majestic Silver (AG) and First Mining Finance (FF), we also want to have plenty of cash in U.S. dollars.

With falling markets, a global recession, and war on the horizon, 2016 could be the blow off top for the U.S. dollar rally, so let’s be part of that, because it’s the end of bubbles where most of the money is made.

Look for extremes — like $10-a-barrel oil or a possible spike down in the price of silver — before taking a large position in silver investments. We consider silver to be the strongest buy in the market, along with gold-related assets. However, until we have a 20% move higher off the lows, we recommend dollar-cost averaging on a monthly or quarterly basis.[/vc_column_text][vc_column_text]

We also initiate coverage on early-stage companies twice a month. These are the type of investments that are net worth game changers. We invest with people who have a history of helping early investors turn $10,000 into over a million dollars. These are real companies that are invested and supported by the best in their industry.