“NFTs are poised to become the single most productive asset in the digital economy.” That’s a bold and powerful statement from Adam De Cata, and it perfectly encapsulates the explosive growth potential of NFTs (non-fungible tokens) in the 2020s.

In the metaverse, you can build brands, create and purchase NFTs, and play video games that offer a truly immersive experience. Plus, like cryptocurrency, the metaverse leverages digital ledger technology to keep track of who owns what. Adam De Cata serves as the CEO of an up-and-coming business that connects all of these diverse but related spheres. 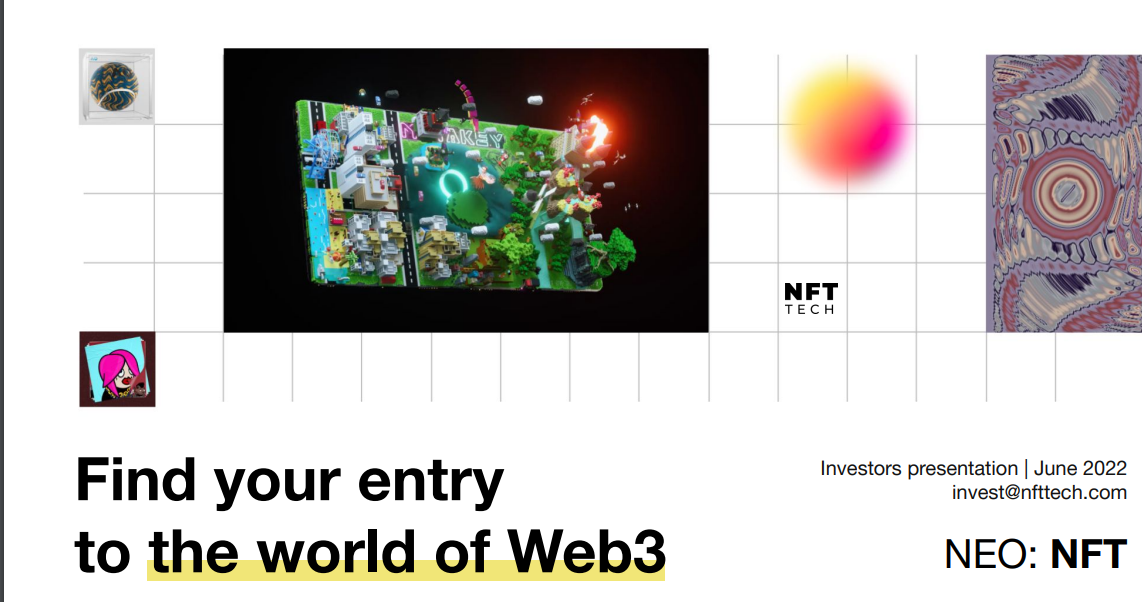 Adam De Cata’s experience is varied but runs deep, as he started his career with Warner Bros. in the company’s Licensing and Brand Management unit, where he created and negotiated licensed products while handling all aspects of brand marketing management within the licensing business. Moreover, as Head of Partnerships at Decentraland, the world’s first fully decentralized virtual reality platform built on the Ethereum blockchain, Adam De Cata established a number of crucial relationships with key global brands.

In conjunction with the NFTs themselves, NFT Tech is currently leveraging a huge opportunity in the wide world of immersive, interactive gaming. Mr. De Cata and his company are solving a long-standing problem, as traditional gaming marketplaces don’t allow games to have control over assets sold outside of themselves.

NFT Tech’s Web3 technology changes that. Players are now able to buy assets from other players while allowing developers to capture the resale royalty. Plus, there are play-to-earn opportunities that make it possible for gamers to earn cryptocurrency while playing games.

It’s truly a win-win scenario since NFT Tech empowers gamers to discover good games that will give them the most profit at any given time. Amazingly, NFT Tech brings 700,000 players to the games with the highest profits while helping those games grow their player bases and in-game economies.

NFT Tech is already staking its claim as a dominant competitor in metaverse gaming. In July 2022, for instance, NFT Tech announced the alpha launch of its proprietary play-to-earn (P2E) gaming platform that facilitates more lucrative connections between players and games.

The platform solves the discoverability issue in gaming by allowing players to find and play multiple P2E games at once and provide live feedback on games that provide the highest yields. The platform will also feature new games, events within these games, and statistics to help users choose which game to play based on the effort required, popularity, and the volatility of their in-game currency.

What we’re witnessing here is a hyper-growth market in the making. It’s also an all-weather industry. As NFT Tech Executive Chairman Wayne Lloyd explains, “During recessions, video games offer a good value source of entertainment as people tighten belts and go out less.”

The P2E gaming industry represents large revenue opportunities right off the bat, with the top ten games having a combined player base of just under 5 million. To capture this opportunity, NFT Tech plans to grow a large user base of P2E players earning gaming assets. Along with that, NFT Tech can build a marketplace to facilitate player-to-player transactions and enable cross-game transactions where players can trade items in one game for items in another. 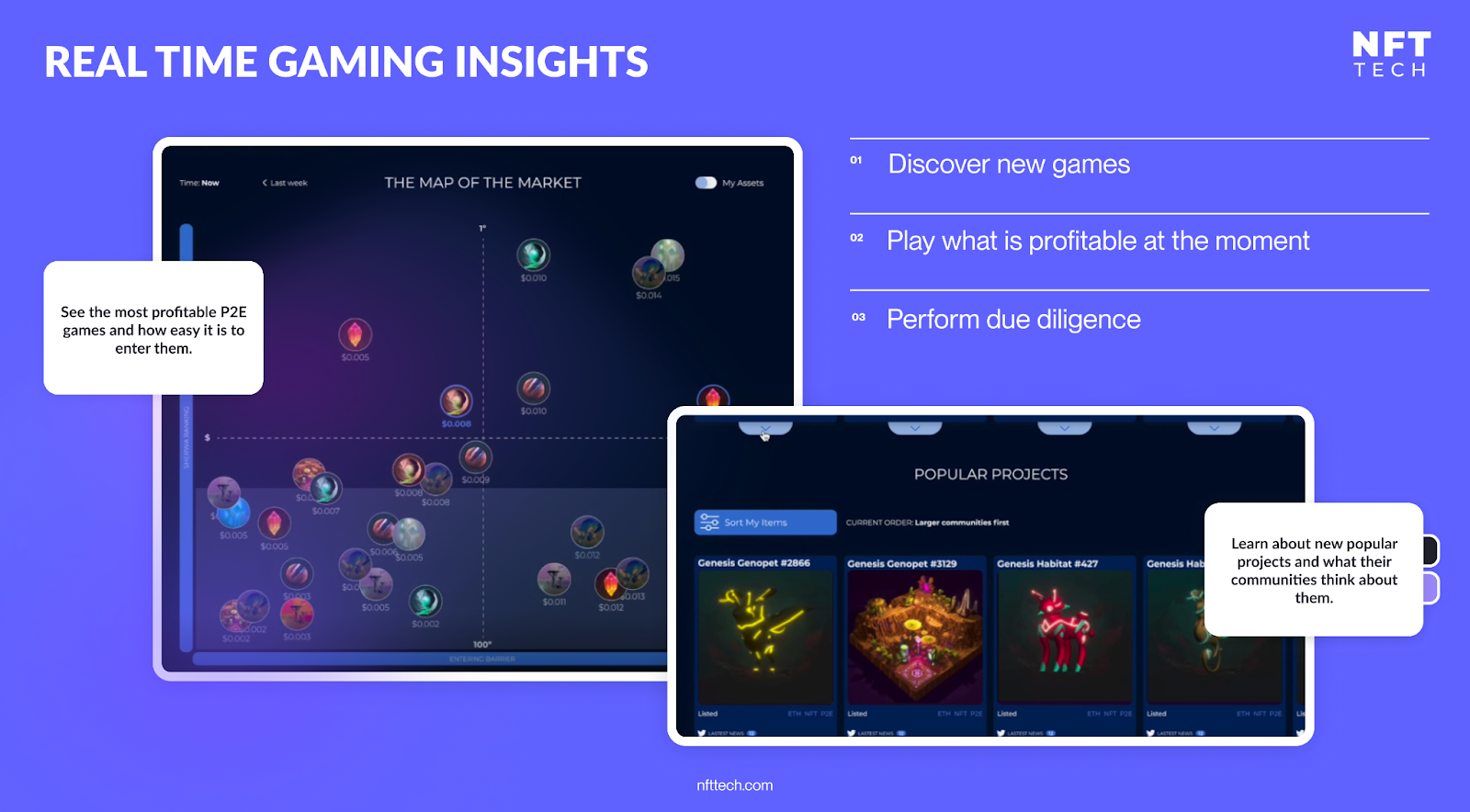 Just consider how much headroom there is for P2E as a category. Leading games like Axie have a market cap of approximately $4 billion and a monthly player base of 700,000. To put that in perspective for how much room P2E has to grow, Activision’s Call of Duty had over 110 million monthly active players in November 2020.

Adam De Cata’s company also plans to expand its presence in P2E gaming though NFT Tech’s proposed acquisition of Sherwa Online Services, which is responsible for the development of the Sherwa gaming platform. This unique platform creates a space where gamers can join and interact with a gaming community, participate in community events, and make connections between players to enhance any form of online play. As Mr. Lloyd explains, “In P2E gaming, players are the most valuable asset and with this acquisition, NFT Tech is gaining access to more than a million of dedicated users… We’re extremely excited to bring these users into P2E.”

There’s a lot of excitement going around as NFT Tech leverages multiple monetization opportunities in the metaverse, Web3, NFTs, and interactive gaming. It’s just the tip of the iceberg, really, since these vast digitized worlds have potentially infinite room to expand – and NFT Tech has endless room to advance and profit within the digital economy of the 2020s.