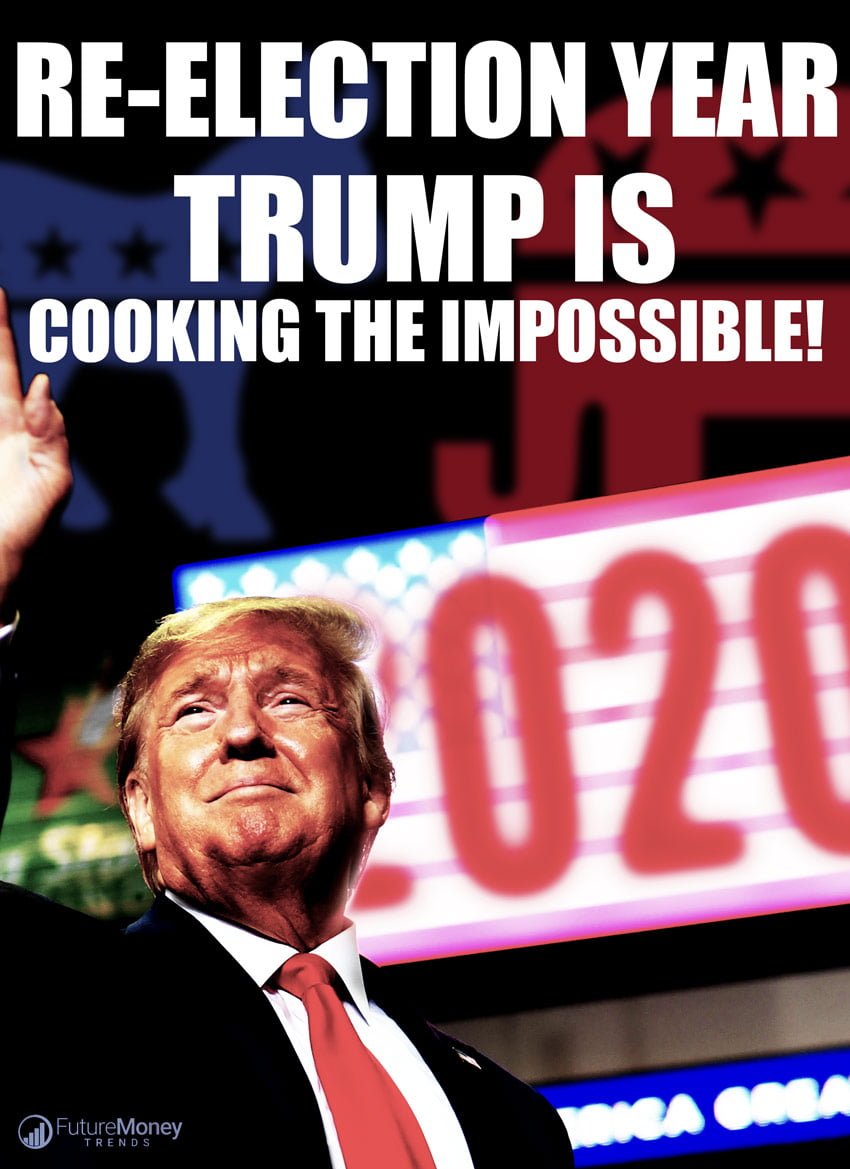 2020 ELECTIONS ARE COMING: TRUMP VS. DEMOCRATS – SHOWDOWN IS HERE!

4 years ago, the world was SURE that America has just voted for the 1st-ever female president, but they elected a businessman, a real estate tycoon instead.

Since then, he has cut corporate taxes, reformed other taxes, conducted massive deregulation, opened a trade negotiation with China that has been deemed a war and became a big Twitter-guy.

Now, with elections around the corner, he has to make sure he secures his seat for an additional 4 years.

He will pull new rabbits out of the hat.

There are many things that Trump is keeping on the back-burner and will launch and announce, when the time's right.