Inflation is being HELD CAPTIVE at the hands of gold. On Friday, both the EURO and the BRITISH POUND hit ALL-TIME LOWS relative to gold. That’s another way of saying that in the Eurozone, as well as in the U.K., you’re shit out of luck if you held your excess savings in fiat currency because it COST YOU in a big way. Put differently, gold hit all-time highs, in both Euro and the Pound.

Another 10% gain would have the dollar-denominated ounce at $1,930 (an all-time high). This can ACTUALLY happen before the end of this calendar year. 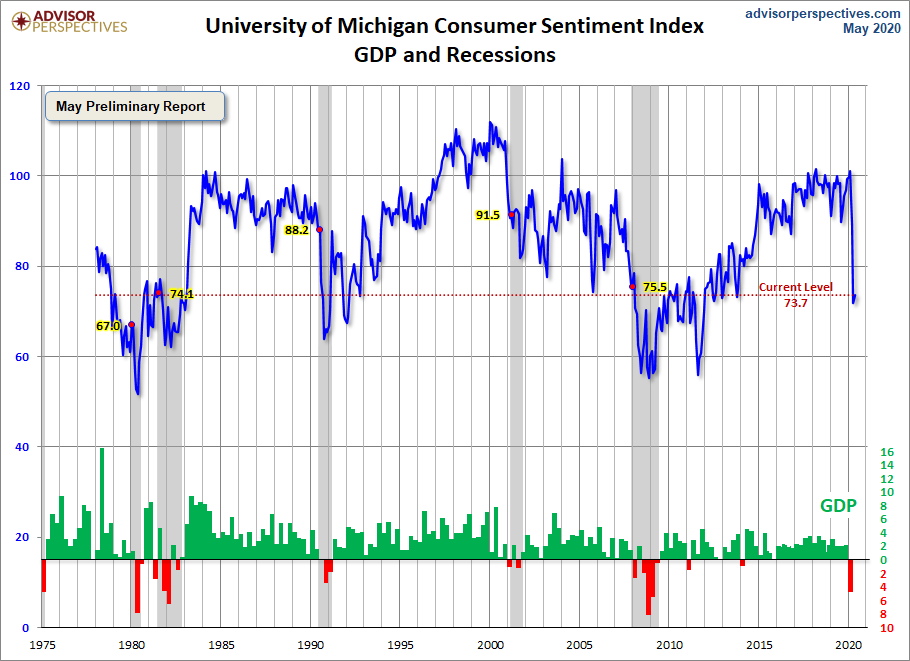 About 18% of global GDP, or 70% of America’s GDP, is tied to consumer spending. Right now, the average American is losing confidence in the economy, as you can see. They are uncertain that they’ll make their next debt payments (utilities, rent, mortgage, auto loan, credit card, student loan, and other obligations), mostly because their job is UP IN THE AIR or their business is standing on SHAKY GROUNDS.

When COVID-19 first reached American soil, the panic was largely due to the health aspect of it. The authorities feared the SYSTEM of hospitals couldn’t handle the load of ventilator-needing patients, so it rushed INTO A FRENZY of apocalyptic decisions, which took a massive toll on the economy, as well as on our LIBERTIES and constitutional rights.

As you can see above, consumer confidence PLUMMETED from a 19-year high last seen near the turn of the century, right before the Dotcom bubble burst and the 9/11 tragedy.

It’s now in line with the later stages of the 2009 recession but it will get MUCH WORSE before it gets better.

The reality is that we still don’t know MANY FUNDAMENTAL THINGS about COVID-19. Until we learn more, this is SIMULTANEOUSLY a health crisis and an economic PREDICAMENT.

This whole FIXATION with a vaccine is the wrong way to approach SOLVING the problems, and it will lead us up many DEAD ALLEYS. Therefore, I want to stress that while the government has an IMPORTANT ROLE in communicating a coherent message about the policies and direction it will take, the private sector will, AS ALWAYS, lead us out of this mess.

We need to find an IMMEDIATE STRATEGY for parents whose children aren’t getting back to school yet. Parents who are not being productive are both deteriorating in an economic sense, as well as mentally. We will have a national tragedy if an adequate solution isn’t implemented at once.

The elderly, the immune-compromised, or those who simply fear the virus need a solution as well. They need to be looked after until we know more about COVID-19.

Those who want to GO BACK to work and return to living a full life should be allowed to do so under the constitution; it is ABUSE OF POWER to interfere with people’s basic rights. As with the Influenza breakout of 1918, the Spanish Flu, we absolutely know that the simple act of wearing a mask helps in not spreading the disease. Washing hands for about 20 seconds frequently and properly is another easy habit to implement. Being physically distant from others by a couple of steps is another practice that is becoming part of the norm. Lastly, BEING OUTSIDE instead of confined is actually proven to be 1,900% SAFER.

Being out is SCIENTIFICALLY BETTER.

A vaccine isn’t the MAGIC PILL that Bill Gates and the rest of these supposed health experts are drooling over; we need to ADJUST now, as in today, to the new behavioral habits and go back to being productive.

Otherwise, this CRISIS hasn’t even BEGUN!

Because of this uncertainty, we see an opportunity with gold that’s UNPRECEDENTED, and we don’t have to wait TO SEE PROFITS – we’re making them hand over fist.

Gold is headed to $1,917, at which point it will make the news, creating an avalanche of retail demand that will take it over $2,000/ounce, creating MORE NEWS, which will take it even higher.

Be ready to EXIT POSITIONS as well. Gold and gold stocks are CYCLICAL.