A Global Gold Rush is Imminent!

While the American corporate-owned mainstream media has been completely ignoring it, one country after another has been taking steps to divest themselves of their U.S. dollar holdings.

Examining it more closely, we might even start to connect the dots and conclude that there’s a coordinated effort among these nations to dethrone the dollar as the world’s reserve currency.

Whether this is a good or bad thing largely depends upon whom you’re asking and what region of the planet they’re on. For the most part, the only real beneficiary of the dollar’s hegemony is the United States and its closest allies; the majority of nations would be more than happy to see the dollar lose its high-and-mighty status.

As we would expect, the government and the U.S. Federal Reserve have no interest in keeping the citizens informed of this phenomenon, and they’ll do everything in their power to maintain the narrative that the dollar (and therefore the economy) will be just fine. Richly compensated corporate media outlets will all fall in line, spinning a tale of dollar strength and longevity.

Meanwhile, I believe a global gold rush is imminent… over the next 6 to 18 months. 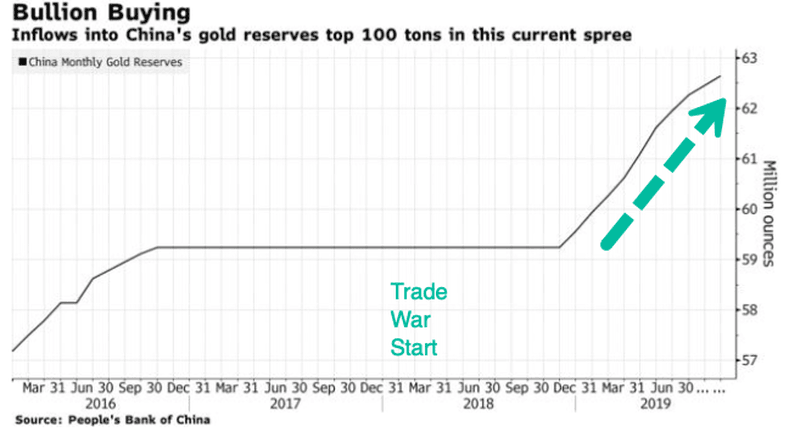 China isn’t particularly interested in throwing the world into a financial crisis, but they’re gladly relieving themselves of American dollars, starting with a plan to replace the petro-dollar with the petro-yuan. China already launched its yuan-denominated oil futures contracts last year, and now they’re sweetening the pot by offering swap facilities to local countries to promote the use of the yuan.

***Last years we also witnessed the European Union’s plans to switch payments from the U.S. dollar to the euro for its oil purchases from Iran.***

Meanwhile, India recently made its own move towards independence from dollar dominance when it was announced that a contract between Moscow and New Delhi for supplies of Russian S-400 air defense systems would be settled in rubles.

In addition to the deal with India, Russia has taken a number of measures to reduce its dependence on the U.S. dollar, including cutting its U.S. bond holdings down to $14.4 billion from $96.1 billion in September; also, in late November, the Russian Finance Ministry reported that it had issued 1 billion euros’ (equivalent to $1.13 billion) worth of seven-year bonds with a yield of 3%.

Russian President Vladimir Putin has made no bones about his country’s dumpage of the dollar, recently exclaiming that Russia does “not have the goal to move away from the dollar – we are forced to do this. Let me assure you, we will do this… We are not leaving the dollar; the dollar is leaving us.” Turkey appears to be siding with Russia, as the nation has followed suit in dumping large portions of its U.S. debt holdings.

But the most immediate threat still comes from Asia, with China slashing its share of U.S. Treasuries by nearly $14 billion and Japan’s holdings falling to their lowest levels since October of 2011. This, as we all know, comes at a time when trade tensions between the U.S. and China are running at a fever pitch.

The likely ramifications of continued dollar dumpage are manifold. The days of Americans being able to use their favored currency anywhere in the world will be a distant memory.

The greatest impact of global de-dollarization, however, will be hyperinflation and a substantial devaluation of the dollar – something America is absolutely unprepared for. The U.S. dollar losing its world reserve status will have profound implications on the economy and the standard of living that we’ve become accustomed to.

That’s a deeply disconcerting thought, but we’re not far from seeing it become a stark reality as world citizens and governments grow weary of the dollar ruling the global financial regime. What I will say on the matter, therefore, is prepare yourself now – big changes are coming, as the almighty dollar won’t be mighty for much longer. 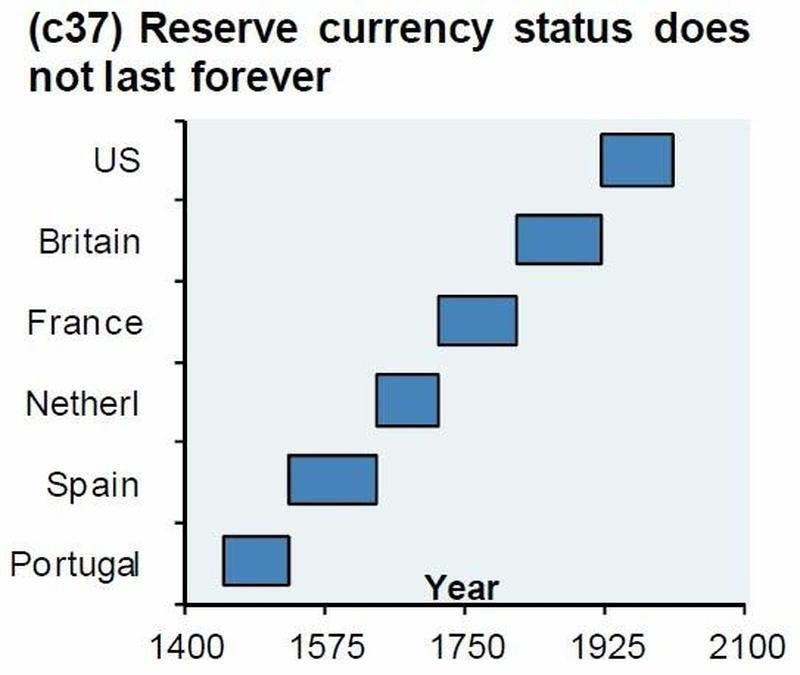 Get ready because I think gold is going to end up being one of the hottest investments for at least the next 5 years.

Legal Notice:
This work is based on SEC filings, current events, interviews, corporate press releases and what we’ve learned as financial journalists. It may contain errors and you shouldn’t make any investment decision based solely on what you read here. It’s your money and your responsibility. We will never sell any shares during any active email marketing campaigns. The information herein is not intended to be personal legal or investment advice and may not be appropriate or applicable for all readers. If personal advice is needed, the services of a qualified legal, investment or tax professional should be sought.