A HIGHER STANDARD OF CANNABIS: International Growth is the Key to This Market!

From $9.5 billion in 2017 to $12.2 billion just a year later, and now $16.9 billion in revenues this year, no global industry comes close to legalized cannabis in sheer growth and profit potential. It truly is full speed ahead for this burgeoning market, and smart investors aren’t just thinking locally – they’re preparing for blockbuster sales all over the world.

Sure, it’s important to have exposure in the North American markets – after all, Canada and the United States are key components of the marijuana legalization movement. Personally, however, I’m looking to invest in the global cannabis trade and capture the returns of multiple world regions: Mexico, Latin America, and Europe are particularly strong targets for growth in legal cannabis in 2019 and 2020.

Everybody knows about Canadian pot stocks, but how many of them are actually committed to premium quality and multinational expansion? That’s a rare breed of company, and finding one that 1) meets those criteria and 2) is publicly tradable is a real challenge.

The only company I’m aware of that fits this description today is known as The Green Organic Dutchman (TSX: TGOD, OTC: TGODF), and it’s based in Canada but the shares can also be traded on the American OTC market. Investors will gain immediate exposure to the revenues from 100% organic, top-quality cannabis product across multiple continents.

This company is growing in regions where the population is in the hundreds of millions, and the cannabis market is expanding at a breakneck pace. It’s growing in Mexico, Jamaica, and Latin America (a $9.8 billion cannabis market), along with Denmark, Poland, and Europe (a massive $123 billion combined medical and recreational market).

Europe, with its population of 750 million people, is an obvious target for cannabis sales and revenues, and The Green Organic Dutchman is an early and fast mover in this space. To this end, the company’s E.U. GMP certification process is underway, which will enable exports throughout the Eurozone; moreover, the company acquired HemPoland last year, the first company in Poland to obtain a state license for hemp cultivation and CBD oil derivatives.

As the data shows, The Green Organic Dutchman is making inroads into areas where other companies simply don’t have the networks, capital, or regulatory permission. Indeed, The Green Organic Dutchman is famous for supplying CannabiGold, one of the most widely-recognized CBD brands in Europe, and they’ve established distribution networks in Germany through Mediakos U.G., providing the company with entry to 15,000 pharmacies.

Meanwhile, in Jamaica, they’ve gained access to the nation’s first-ever cultivation license through The Green Organic Dutchman’s strategic partnership with Epican, in which they now own approximately half of the company: 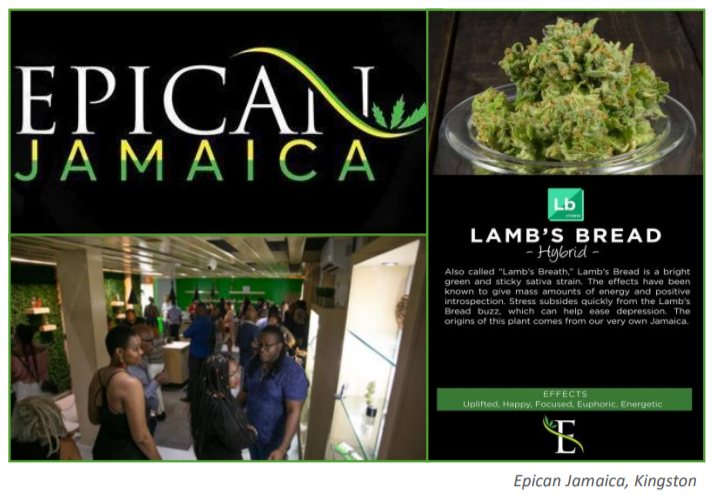 In Mexico, The Green Organic Dutchman has established powerful sales and distribution channels in the nation’s robust organic medical cannabis market. Through their partnership with LLACA Grupo Impresarial, they’ve already earned a significant and scalable early-mover advantage, with access to 4,500 pharmacies and 3,100 supermarkets across the country.

Think about that: Mexico’s population of 125 million people is 3.5 times the size of Canada’s population. Through just this one joint venture with LLACA, The Green Organic Dutchman is poised to easily outperform the vast majority of Canada-only cannabis companies on the market.

In doing so, they’re capturing millions of dollars in potential revenues and staking a claim in massively lucrative markets before other companies can even get licensed. With such early and deep access to these international markets, it’s really a no-brainer: owning The Green Organic Dutchman shares is the easiest and best route to the incredible gains to be made from the worldwide cannabis explosion.