Trillions are being thrown at this unprecedented crisis, and we’re just entering it.

26 million jobs have been lost in the U.S. alone.

Oil is at $18 and the world has been wrecked by economics shutting things down left and right.

***Gold demand appears to be moving higher at the worst possible time, as supply is now set to significantly shrink as a result of mine closures.

338 mines have already announced shutdowns, approximately 60% of which are gold mines.

We currently believe institutions will not only want to own physical gold, but they’ll likely look to gold properties as a realistic way to get gold exposure.

When I say realistic, what I mean is this: imagine you’re an institution that’s managing hundreds of billions (or in some cases, even trillions) and you need gold exposure… The gold market is so small for some of these institutions that entering into the gold market could drive the price to much higher levels, plus you have to factor in storage, whereas a gold property can be mined for cash flow or simply be held.

Many mines are losing money at the moment due to forced closures, which is why I’m personally focusing on companies with gold resources and relatively low current expenses.

Here is one gold company I want to highlight for our readers.

It’s one I personally own and hold in my own portfolio and believe my readers should look at further. 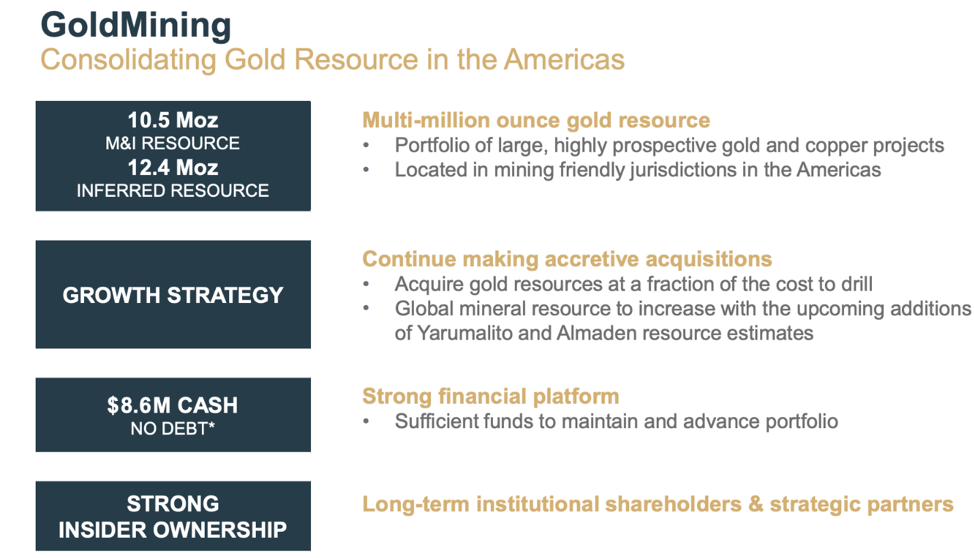 This company made most of its acquisitions between 2011 and 2019 during one of the worst bear markets in gold history.

Here is the gold portfolio they’ve built up since 2011. 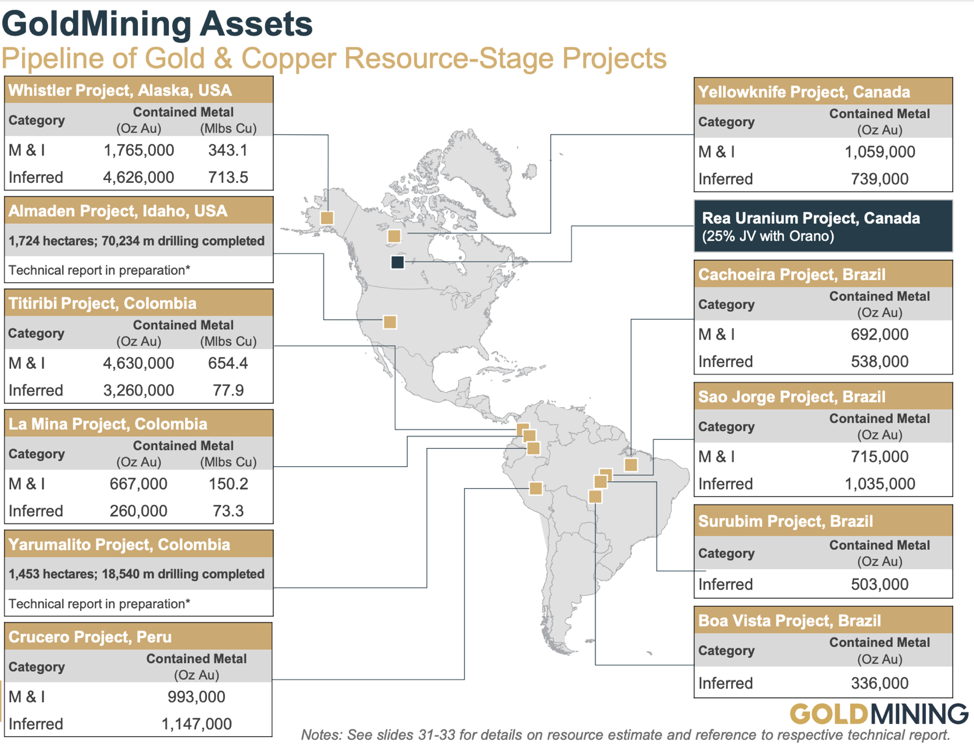 Click here for their company presentation, which includes the slide above.

The company is managed by experienced, high-quality people.

Its shareholders include some important players in the gold exploration sector as well.

Sprott Global is headed up by legendary investor Rick Rule.

The KCR Fund is heavily owned by Doug Casey and Marin Katusa.

Most importantly, one of the largest shareholders is the founder and chairman himself, Amir Adnani.

Disclosure/Disclaimer:
Legal Notice:
No matter how good an investment sounds, and no mater who is selling it, make sure you’re dealing with a registered investment professional. Use the free, simple search at investor.gov

The NBF figure of $170/oz discovery cost comes from S&P Global database on mineral projects. They arrived at this number by taking “discovered” ounces per year divided by the yearly global exploration budgets. The “discovered” ounces in their database includes all deposits containing over 1 Moz of gold in reserves and past production, or 2 Moz of gold in reserves, resources and past production. The year of “discovery” corresponds with the year of the initial drill program that identified potential economic mineralization.