Are We Headed for a Recession?

Have you ever seen the media so giddy about that chance for a recession or stock market crash?

In 2008, they fought the idea of a crash or recession until the morning Lehman filed bankruptcy.

In 2019, they’re doing everything they can to get it started, which is probably one of the best indicators that lets you know no recession or crash is coming in 2019 – or 2020, for that matter.

The media is screaming recession and imminent crash… 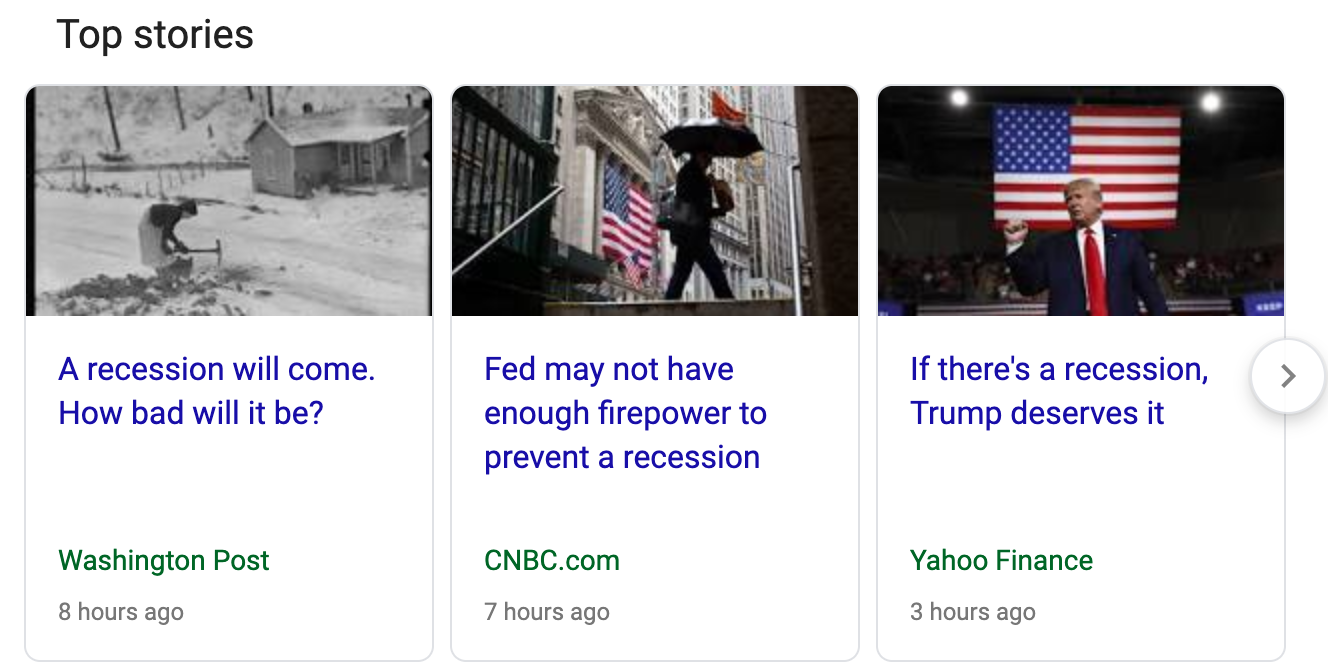 Meanwhile, here is what is actually happening…

As for the trade war, the U.S. is China’s largest customer; understand this and you’ll appreciate that as the President fights back to defend jobs in the U.S. and advocates for fair trade with China, as long as the U.S. can push through the drama and hype from the media, it will eventually make a great deal with China because China doesn’t have a choice.

There are a lot of underlying problems in the world, specifically with our debt, but a trade war with China or an inverted yield curve isn’t going to be what reverses the current trend in the markets or the U.S. economy.

With that said, the middle class and those who practice conventional personal finance are absolutely suffering…

According to a recent study by Bankrate, 78% of adults are losing sleep over work, relationships, retirement, and other worries. The study, which was released Thursday by personal finance site Bankrate.com, also found that over half (56%) of Americans are lying awake at night worrying about money!

Becoming financially independent will give you true freedom and peace of mind. Make no mistake, I’ve been there, scared of a job loss and worried about making a payment, but not anymore.  With even a moderate amount of passive income, you can change your life for the better! Not only that, you can build a decent savings account that can ride your family through rough times.

In 48 hours, Daniel Ameduri’s book Don’t Save for Retirement will be released. It’s probably the most important book I’ll ever be able to recommend for anyone.

I was honestly shocked about how obvious it was to see after Daniel pointed out just how badly retirement has failed.

According to Vanguard, the median account value for people 65 or older is a measly $58,000! My goodness, if the baby boomers (who perhaps had the best setup of any generation) couldn’t get over the line, how in the world are Gen Xers or millennials going to?

Daniel tears apart many other financial myths as well in Don’t Save for Retirement. I’ll alert you to a special offer we will have for our members on Tuesday morning when the book is officially published.