No One is Perfect…
Not even Warren Buffett’s Thinking

Nobody has ever spent as many waking hours thinking about businesses and investing as Warren Buffett has. His sole reason for living is to work on what he calls his “masterpiece,” which is the holdings of the umbrella company Berkshire Hathaway.

Glancing at the many quotes he has given over the years and reading the annual shareholder letters over the years should be mandatory to any prospective fund manager, but one quote annoys me.

I disagree with it, and if we asked Warren today, I think he’d agree that it is no longer valid.

What Buffett once said about the Federal Reserve was that if the chairman himself told him the interest rate policy, it would make no difference to his investment strategy.

It is simply wrong to disregard the FED and the cycles of easing and tightening.

In our world, it makes a world of difference whether or not the central bank is hawkish or dovish.

The AAII (American Association of Individual Investors) bull/bear ratio has almost never been this low! 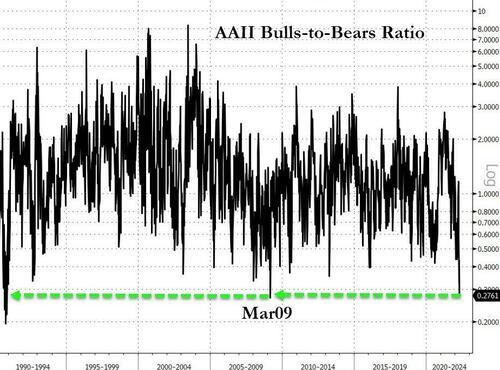 The sell-off is in stocks and bonds, and investors are running to their favorite asset class in times of baseless panic: the dollar.

Yes, the dollar’s chart is the strongest it’s been since 2017! 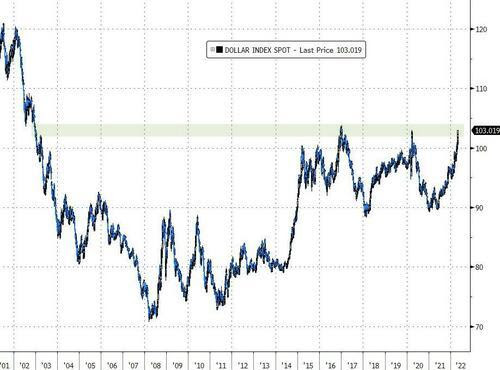 The interest rate is the real currency.

There’s also another dynamic that is entering the calculations of Wall Street for the first time in over a decade: profits.

After over a decade of giving attention to the ability to grow revenues and market shares, thus expanding and hiring while losing money was deemed to be normal, Wall Street is turning away from giving this model breathing room.

If you’re not making money today, it is the same as not being able to ever turn a profit.

Managements are pressured into creating a profit margin, and that often entails firing, not hiring.

Labor is a function of expansion while cutting the number of people on payroll is often considered efficiency.

If we’re going to live in a world where value eclipses growth, many businesses that got off the ground won’t survive, and many others won’t even start. 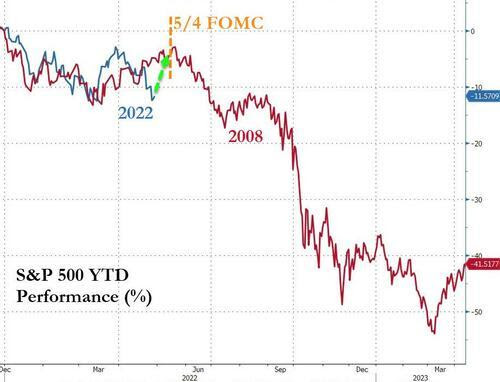 The market crashed in 2008 as the world finally saw that the emperor wore no clothes, but the same can’t be said about 2022.

The markets aren’t reacting to revelations of irresponsible corporate behavior. Instead, they’re responding to the cost of solving the greatest issue of our times: the resurgence of inflation.

In other words, this is the cost of withdrawal, whereas 2008 saw us suffer the cost of the disease itself.

The 2009-2022 era is over, and we have entered a new stage in the world’s economic order, but one thing remains the same: years like these are seen in hindsight as MAJOR BOTTOMS.

Don’t be indifferent to this.