The Ukrainians were told that it would take the mighty Russian army, displayed and paraded proudly in marches in Moscow, three days to completely  take over their country.

Today, over three months later, we know that the Russian strategists and war counselors were either plain stupid or simply gutless yes-man, who thought of their own pension plans, secured by the Russian corrupt system of handing bonuses to friends of the power structure.

Russia has an incredible advantage, on paper, but the more I investigated this matter and listened to testimonies on the ground level, the more I understand that Russia can’t win this war in years, decades or centuries.

They will never win.

The Ukrainians focused not on fighting tanks and on winning battles, but on destroying the logistics and supply chains of the Russians.

The Ukraine is important to Russia or maybe it is just important to a person like Putin, who is obsessed with nostalgic thoughts about Mother Russia, but Taiwan is literally critical, not subjectively, but objectively, on a global basis.

Taiwan is the epicenter of the most crucial battleground of the 21st century; kings and governments will rise and fall and fortunes will be made and lost, over who controls this tiny island that most Americans don’t even know exists, let alone where to pin it on a map.

Taiwan is the most vital piece of the global chessboard and if you want to truly immense yourself in how this island plays such a pivotal role in the future of the world, you need to go back to the First Island Chain policy from the 1950’s.

Americans don’t get to enjoy this wealth gravy train for another century, unless they assert and maintain dominance, technologically, militarily and economically and to do that, they don’t have to fire a single bullet on China, but to hold firm to their First Island Chain policy.

The People’s Republic of China controls the world’s 10th longest coastline. Its shores stretch so far and wide that half of its 1.4bn-strong population base lives in proximity to it.

The reason that hedge fund managers believe we are going lower on the S&P 500 is because China’s ZERO-COVID policies at its vast array of ports is nothing short of economic warfare, aimed to do one thing; signal to the U.S. to cancel the tariffs. 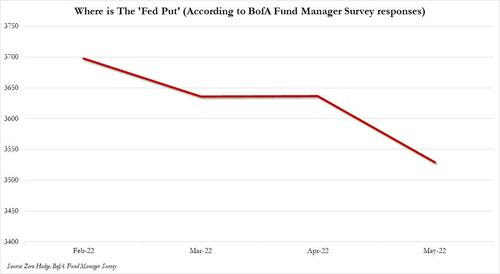 Taiwan resides in the gateway of China’s ports and the Greater Pacific Ocean. Between the Yellow Sea, the East Sea and the South Sea, Japan, Philippines and Taiwan control thousands of little islands, which serve as chokeholds that confine and give access to China’s insane merchant ships to the rest of the world.

This is, basically, how the U.S. and its allies maintain a blockade over China.

Taiwan is critical, because its position is the heart of this chain of thousands of islands and everything I just told you is only THE TIP of the ICEBERG.

We will expand on this more on Thursday, as this modern conflict accelerates.