Stock Suggestion –
A Cannabis Company Worth Partnering With

Quick question for you: Out of all the sectors of the economy, which one has been growing the fastest?

It’s not the tech sector, which has pretty much peaked in terms of expansion. It’s definitely not retail or energy, either.

If you guessed legalized cannabis, you’re 100% right because this market is literally growing like a weed and there’s still a ton of money to be made.

If you need proof, just look at what’s happening in Canada. Since cannabis was legalized nationwide for adult recreational use on October 17, supply shortages are forcing Canadian dispensaries to close early. Online stores, meanwhile, are still trying to clear huge order backlogs and are just trying to deal with the massive influx of Web traffic.

Significant increases in order volumes immediately following legalization in Canada were expected, but not to the extent that we’ve been seeing.

It just goes to show what happens when a nation ends a century-old unpopular prohibition law: the demand will outstrip the supply, and plenty of money will be made by enterprising businesses, as well as savvy investors. 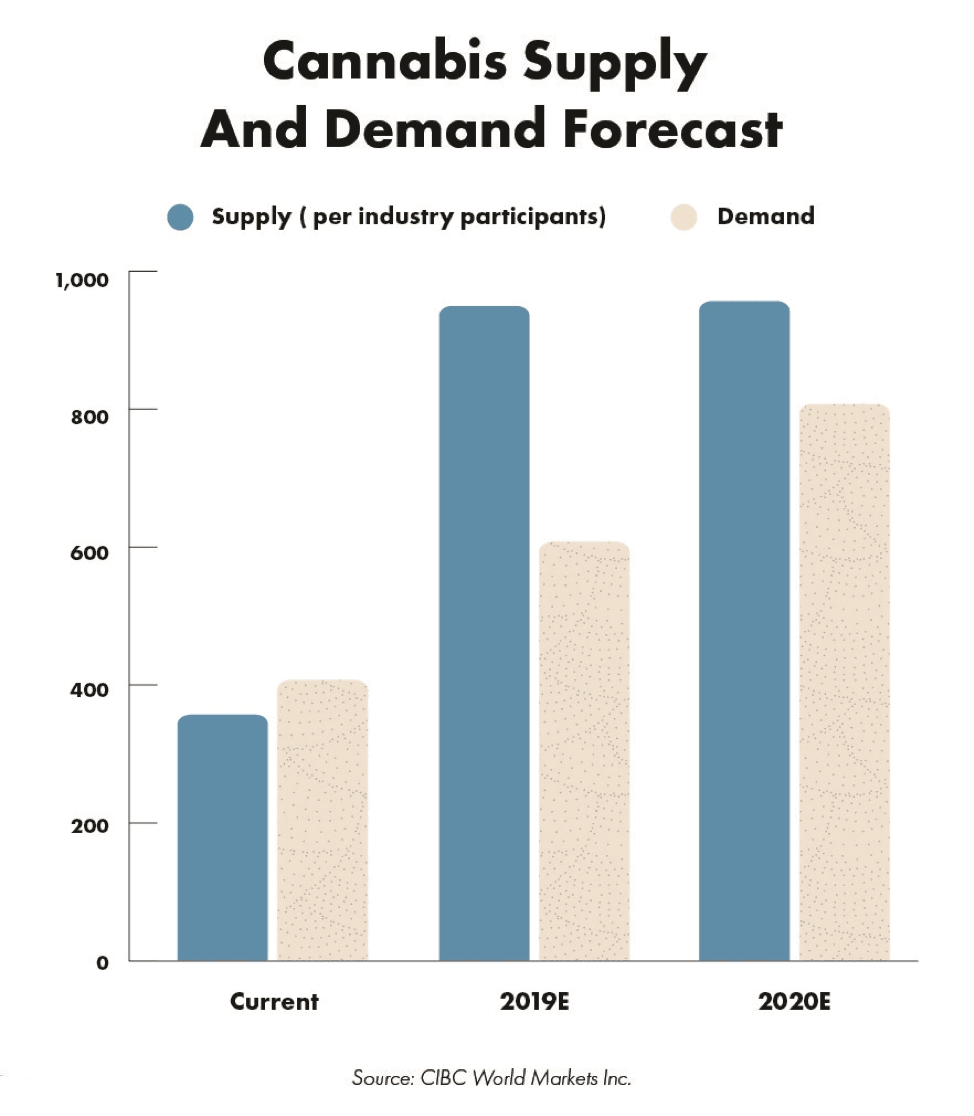 In time, the supply and demand will achieve a state of equilibrium; the market will always adjust to the consumer demand for the product. Naturally, that means that the producers, packagers, distributors, etc. will have to step up their game and find more efficient ways to meet the intense demand for legalized cannabis, and not just in Canada, but worldwide.

Putting the top marijuana stocks to work for you means understanding the nature of the business and taking advantage of the tremendous global demand for legalized cannabis. The landscape is changing because policy follows sentiment, and the once misunderstood plant is now decriminalized in multiple regions: 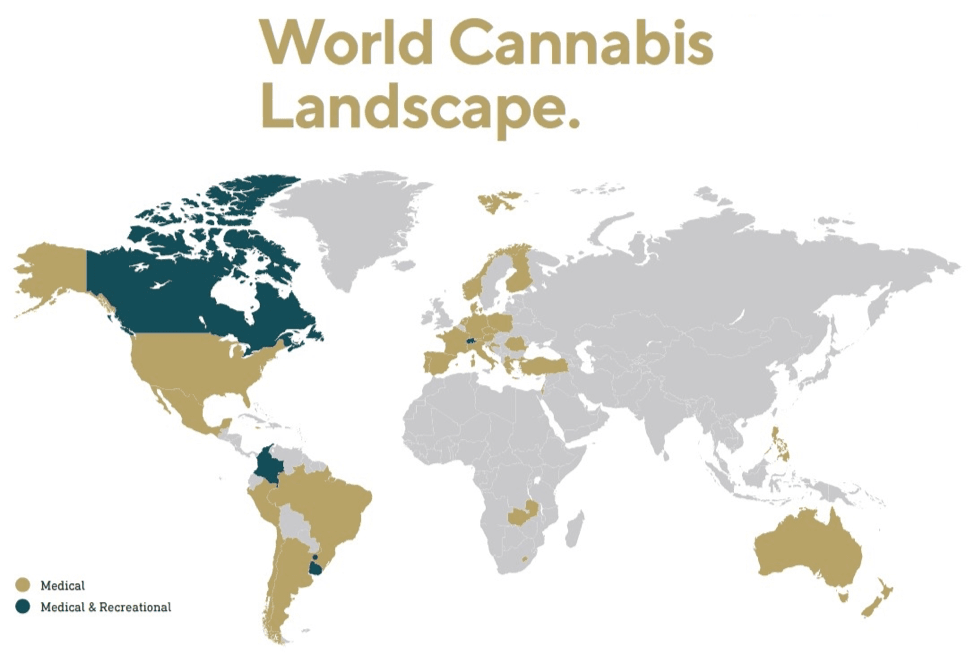 Medical cannabis has already been legalized in 33 countries, and more are expected to follow. In our search to find the best investment among the top marijuana stocks, we’ve identified one company that will act aggressively to be at the forefront of this worldwide revolution.

Pure Global Cannabis (TSXV: PURE & OTC: PRCNF) is a firm that is committed to providing world-class cannabis-based medicine for patients across the globe.

Mr. Malay Panchal is the owner and Chief Executive Officer of Pure Global Cannabis, and his team includes world-renowned pharmaceutical experts who have made patient well-being their number one priority. Mr. Panchal’s winning business model for Pure Global Cannabis involves a proven formula for rapid patient acquisition: strategic alliances with clinics and referring physicians, which will grow the firm’s market share for sustained success.

Pure Global Cannabis is poised to dominate the market. Mr. Panchal has made sure that the company will be more than ready to meet the demand:

Furthermore, the Future Money Trends Letter has selected Pure Global Cannabis as a core stock suggestion among the top marijuana names because of its superior growth potential.

Unlike the large-cap pot stocks that have already topped out, PURE/PRCNF is still at a highly attractive valuation and is likely to see strong upside movement as the legalized cannabis movement gains momentum in every continent across the world.

There’s no better time than now to start putting the top marijuana stocks to work in your portfolio.

With the company’s unique ability to supply the product globally and super-efficiently, there’s no better stock in the legalized cannabis space today than PURE/PRCNF.

***Special Disclaimer*** PURE is one of my largest holdings.

I personally only own the stocks and other investment ideas suggested in this letter.

Never base any decision off of our emails. FutureMoneyTrends.com stock profiles are intended to be stock ideas, NOT recommendations. The ideas we present are high risk and you can lose your entire investment, we are not stock pickers, market timers, investment advisers, and you should not base any investment decision off our website, emails, videos, or anything we publish.  Please do your own research before investing. It is crucial that you at least look at current SEC filings and read the latest press releases. Information contained in this profile was extracted from current documents filed with the SEC, the company web site and other publicly available sources deemed reliable. Never base any investment decision from information contained in our website or emails or any or our publications. Our report is not intended to be, nor should it be construed as an offer to buy or sell, or a solicitation of an offer to buy or sell securities, or as a recommendation to purchase anything. We have entered into a three year agreement with the company, purchased shares, and have received three hundred and ninety thousand dollars paid for directly by the company for digital marketing. This publication may provide the addresses or contain hyperlinks to websites; we disclaim any responsibility for the content of any such other websites.  Please use our site as a place to get ideas. Enjoy our videos and news analysis, but never make an investment decision off of anything we say. Please review our entire disclaimer at FutureMoneyTrends.com.