The Future Money Trends data research team has its finger on the pulse of the North American cannabis community, and we’re seeing more heated activity than we’ve ever seen before – it’s actually breaking records in terms of sales and revenues. With earnings season in full swing, fund managers are loading up on cannabis stocks in anticipation of blockbuster profits.

You really can’t blame them for taking positions in marijuana stocks right now, as the industry is experiencing multiple tailwinds and investors are reaping the rewards. First we witnessed the passage of Canada’s Bill C-45, also known as the Cannabis Act, which made cannabis fully legal for adults throughout the nation; after Uruguay, Canada was the first country to do this.

What followed Bill C-45 stunned even the most optimistic analysts: huge demand and supply shortages created a bottleneck where people had to wait in long lines at dispensaries, and Websites were down because of the massive traffic. Sales figures went through the roof, and marijuana stocks rose sharply as fund managers scrambled to get in on the action.

And if that weren’t enough, the United States received its own share of fantastic news, not once but twice. First, the states of Utah and Missouri joined a total of 33 U.S. states in approving the medical use of cannabis; then Michigan voted to legalize recreational cannabis, making it the tenth U.S. state to do so.

At the same time, in the U.S., the resignation of anti-marijuana Attorney General Jeff Sessions paved the way for legalization at the federal level in the near future. For pro-legalization advocates and cannabis stock investors alike, you just couldn’t ask for a better ending to a banner year for the North American cannabis movement.

As suppliers work out solutions to meet the heavy demand for cannabis products, the supply bottleneck will continue to be closely monitored by the investment community. What we’re already seeing, however, is that the “smart money”  (fund managers who have access to massive amounts of data and analysis) is taking big positions in selected cannabis stocks.

To give you just one example, Bruce Campbell of StoneCastle Investment Management Inc. has been repositioning his portfolio in anticipation of a tremendous earnings season for cannabis companies. He’s been buying shares of C21 Investments Inc. (CSE:CXXI), a Vancouver-based, vertically-integrated cannabis corporation that specializes in quality cannabis and hemp-derived consumer products and has branding recognition in the United States and internationally.

Buying up shares of CXXI is a smart move, as C21’s projected revenues will easily see explosive growth through at least 2020: 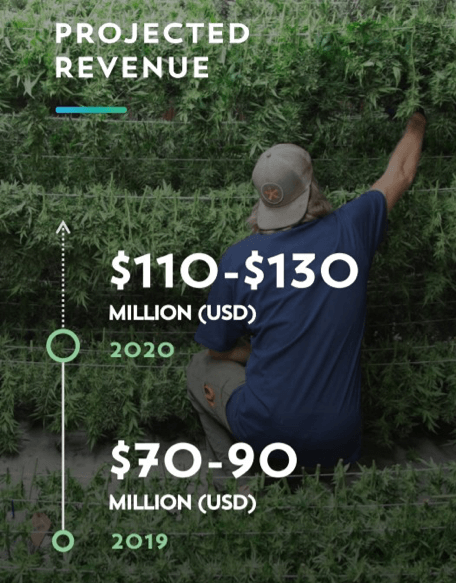 $110 to $130 million is the conservative estimate, but Future Money Trends expects to see even more than that from C21. With a two-phase expansion plan, C21 will acquire premium canna-business brands in key marijuana-friendly U.S. states:

When you put it all together, C21’s holdings add up to some really big numbers: 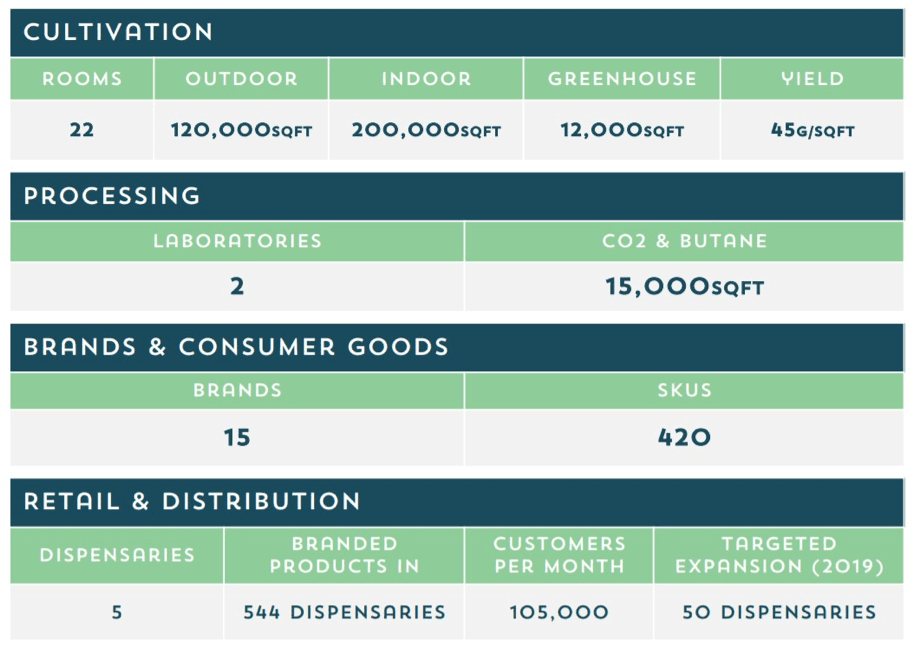 With 15 brands, over 300,000 square feet for cultivation, and 105,000 customers per month, it’s not hard to see why investment managers like Bruce Campbell are scooping up shares of C21 Investments Inc. And on top of that, Future Money Trends has just discovered a hot-off-the-press news release that will blow you away.

Robert Cheney, C21 Investments’ Chief Executive Officer, just announced that the company has been granted the very first CBD license ever issued in Ukraine. With a population of over 42 million and as a major trading partner with the European Union, Ukraine is a fertile ground for cannabis product marketing and sales, and C21 now has unmatched access to this massive consumer base.

It’s a historical moment for both C21 and the entire cannabis industry. “We at C21 are excited to receive the first license issued in the Ukraine and to expand into Europe,” said Mr. Cheney regarding the news release. “This is a significant opportunity for us to build a new industry, create new high-quality jobs and to leverage the competitive advantages of Ukraine to access the EU and global markets.”