CHINA’S STAGGERING GOLD HOARD: What You Need to Know

The old joke goes, “Know the Golden Rule: He who owns the gold, makes the rules.” It’s no joke, though, when a global financial crisis strikes and gold becomes increasingly valuable to nations and their citizens as a precious safe haven asset.

So who holds the most gold now? Looking at the numbers, the clear winner in terms of the pace of physical gold accumulation would be China. Ever since the Great Recession and global financial crisis, China has been increasing its gold hoard at a staggering pace.

If we were to simply measure it according to the quantity currently held, the United States would technically be in first place as the world’s biggest owner of physical gold, with 8,133 tonnes (metric tons) or about one ounce per U.S. citizen. That doesn’t tell the whole story, though, as China is the true gold standard when it comes to producing and accumulating this precious metal.

Also, let’s be real: according to the U.S., for the last 61 years, we haven’t added or sold a single ounce. It’s doubtful the government is being honest, considering they lie about everything else, so why not this?

Going back to the 1970s, we can see how China has ramped up its physical gold accumulation in recent years, with the current stated figure being 1,842 tonnes (the sudden jumps in the chart are due to the fact that China announces its gold holdings every five years or so): 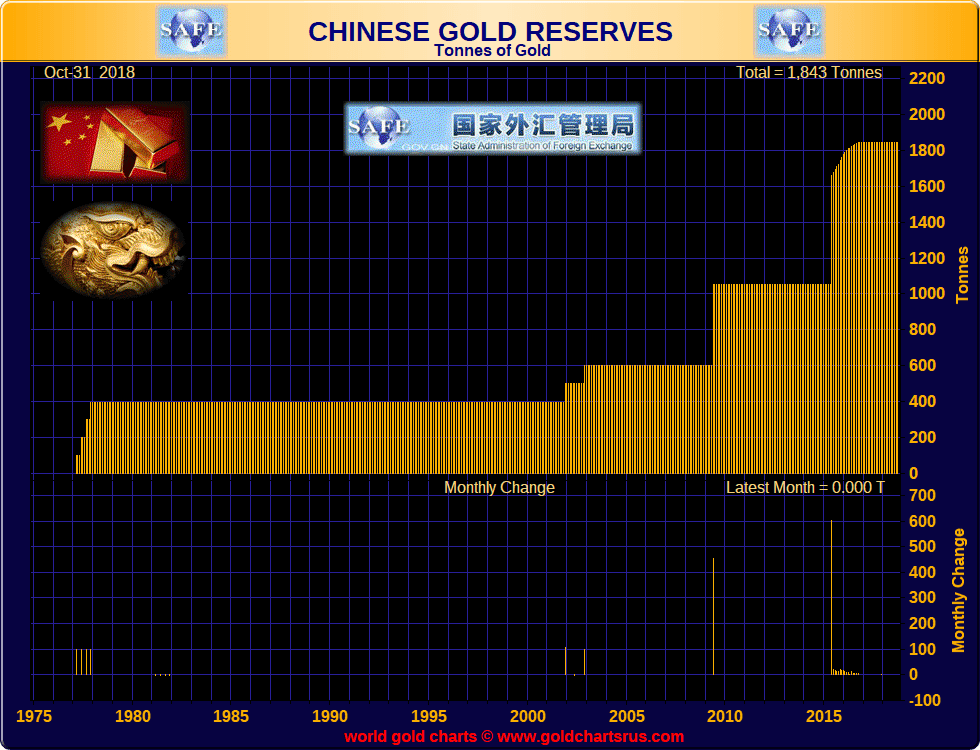 But there’s more to this story: China is currently the world’s largest gold producer, having overtaken South Africa in 2007. Moreover, China keeps all of the gold that it mines – not a single ounce of China’s mined gold is sold abroad.

Not only that, but China has also been ramping up its gold imports since 2010. As of 2014, China took the title from India to become the world’s greatest importer of gold. They’ve mainly been purchasing it from Switzerland, Hong Kong, London, Singapore, and Australia.

Between the record-breaking production and importation, China is aggressively becoming the gold king among nations. Using official government figures and statistics taken from SGE (Shanghai Gold Exchange) withdrawals, it’s not difficult to see the trajectory of China’s gold holdings: 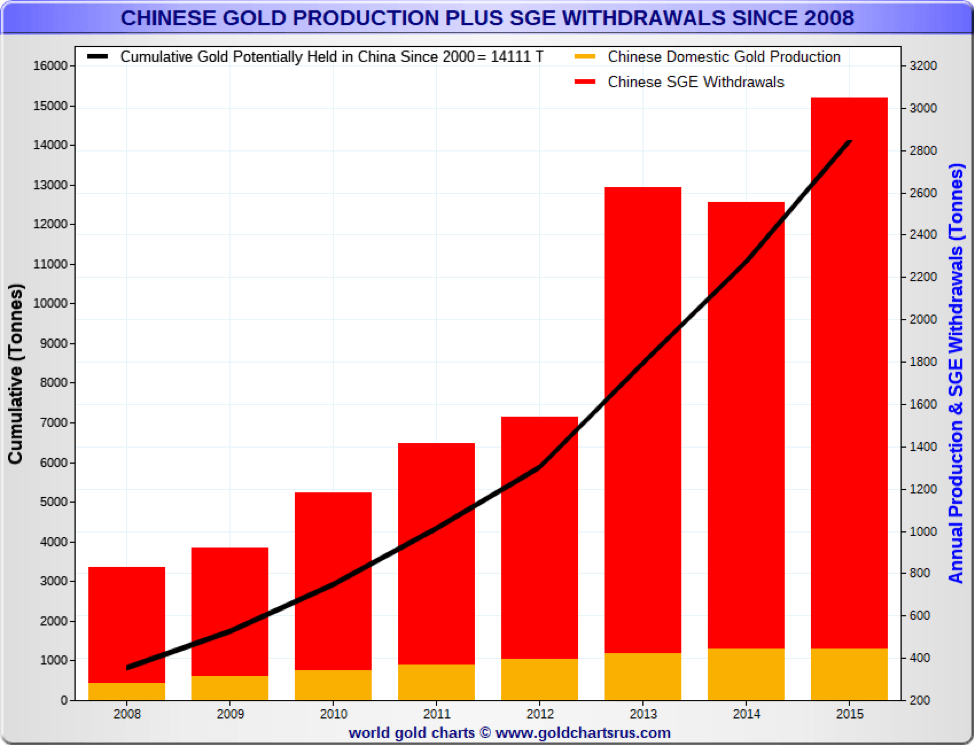 All told – or at least what we can determine from the numbers available to us – the grand total of Chinese physical gold imports and production comes to a staggering 14,111 tonnes. The sheer enthusiasm for gold in China, by all accounts, is unmatched by any nation in the world.

And regardless of what the Shanghai Gold Exchange or the PBoC (People’s Bank of China, the Chinese central bank) may tell us, it’s very likely that China’s got more gold than what they’re reporting. In the words of Sharps Pixley CEO Ross Norman, “The PBOC’s figures can be whatever they want them to be. In all probability, it’s much higher than officially stated.”

In fact, Bullion Star’s Koos Jansen’s estimate placed the aggregate sum of China’s physical gold holdings last year at a higher level than that of the United States: 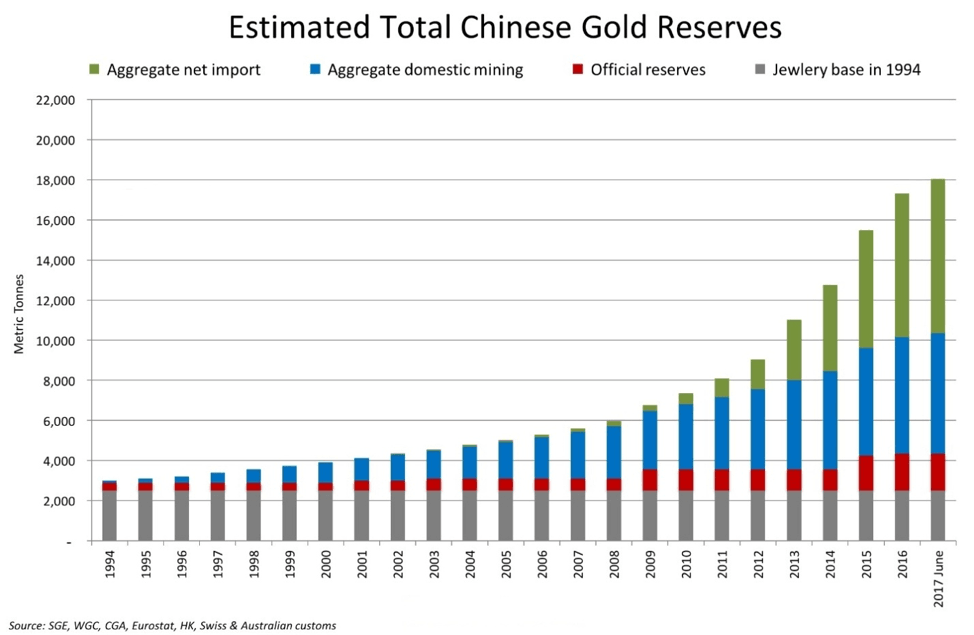 Thus, while the U.S.-China war is all about trade, according to the financial media headlines, the data shows how the traditional press is (as usual) burying the lead: it’s a war over gold accumulation, plain and simple. It’s a surreptitious war that neither nation would admit to, but its implications are far-reaching.

It raises a myriad of questions: Is China preparing for a global market collapse? Are they expecting and/or trying to precipitate the downfall of the U.S. dollar? Is this part of an effort to dump U.S. debt and hedge against rising inflation?

It’s an ominous trend no matter how you look at it. Nonetheless, I can’t blame China for owning the world’s best crisis hedge and history’s most reliable vessel of monetary value. Perhaps they know what I’ve been saying for years:big changes are coming, and in troubling times, nothing is quite as good as gold.

Consider buying some physical gold for your portfolio. I personally like to keep about 5 to 10% of my net worth in precious metals.