COMING AFTER GOLD: Welcome to POWELL’S HELL on EARTH!

After the FOMC meeting on Wednesday, the markets are now legitimately pricing in a recession, a housing correction, and the loss of about 1,000,000 jobs before the FED begins to change its tune and get to a point where it is truly satisfied that its policies work.

A global recession intensified by the war in Ukraine and the destructive forces of de-globalization are all contributing to the most incredible rush to cash I’ve seen in my lifetime.

The dollar has soared to a new record high: 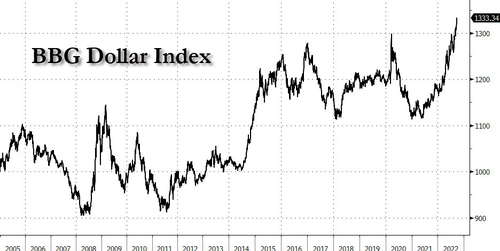 We came out in mid-May with ap rediction that the FED cannot, for the life of it, lower interest rates when the entire world blames it for the inflationary mess we’re going through.

Therefore, rates are normalizing, and there’s nothing that can stop this… we’re seeing the repricing of interest rates to the pre-GFC (Great Financial Crisis) monetary experiment. As of this moment, the most important financial asset that Wall Street judges everything against, the 10-year Treasury bond, is yielding a coupon similar to what it did in 2007, 2008, and 2010, that of 3.68%.

Think about the trillions of dollars that parked in stocks because there was so much liquidity in the system that governments could borrow money and get paid for doing so.

That era is over: 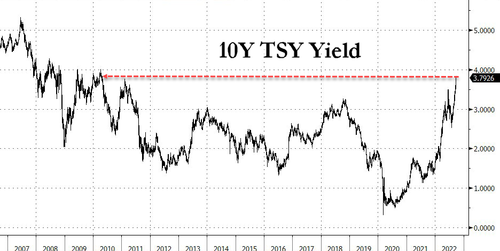 Gold is an alternative to cash. Its price historically rises when real interest rates are headed down, which isn’t happening right now.

What we see in today’s world is NOT a bear market for gold, but rather a reset of valuations now that the illusion of zero-percent interest rates is over.

When I think about the amount of capital that treated U.S. equities as invincible, I see no reason why stocks couldn’t give up another 15% as we reset global asset classes and their prices. 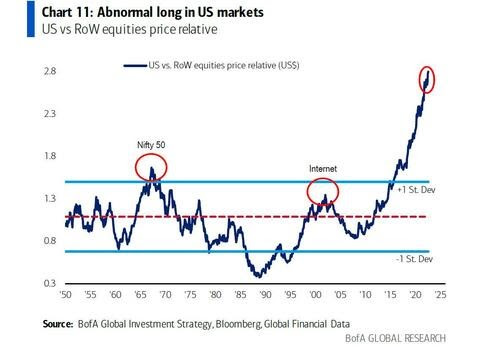 Using this very same logic, gold has an implied downside potential of 12%, which could form a bottom for the precious metal at around the $1,453/ounce range.

We do believe that the FED has now made it clear that a global recession is 100% guaranteed. In a funny way, this is the ripe ground upon which the markets can form a bottom.

I say that because if you think about it, Jerome Powell has literally told you not to expect anything positive for a very long time.

The real panic will ensue when people lose their jobs and their real estate holdings plummet, and I expect that to start between now and the end of Q1 2023, so when I think about the stats saying that institutional money has sold but retail has not done so yet, the chief reason for that, in my opinion, is that the jobs market is tight.

The real shakeout is beginning now. As you know, a crisis is not really in its later stages if people don’t get distressed, and that simply wasn’t the case up until now. 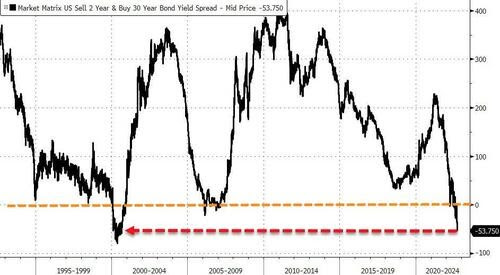 As you can see, the last times that the 2-year bond provided a richer yield than the 30-year bond were both periods that saw gold AT LEAST double in price in the following three-year period, so even if gold drops to the $1,400s, we’re still getting to the high $2,800s by 2025!

You must survive the monetary winter if you want to enjoy the spoils of the summer.

Get back in the game!