The global economy is GETTING DESTROYED right now: supply chains, the entire financial system, and international trade, ON ALL LEVELS, are all being disrupted.

The central banks are going to be spitting out ENDLESS cash, governments will be borrowing, and there will be rampant defaults.

The emerging markets are MOSTLY commodity-based, with many of them oil-based, so you can see just HOW UGLY this is going to get for the world.

The most obvious trade, PERHAPS EVER, is going to be gold, according to Bank of America, Ray Dalio, Paul Singer, Paul Tudor Jones and Raoul Pal, among other TOP-NOTCH investment experts.

If gold doesn’t go up over the next 1 to 3 years, something TERRIBLY WRONG here.

It’s the BEST ASSET you can own right now, as we see it.

Mining shares historically outperform gold in a HEALTHY gold bull market. When gold REALLY RALLIES, junior mining shares outperform the large-caps and the physical metals BY MILES, going off the 2016 scenario, the 2009 to 2011 rally and the early 2000s’ bull market!

Libero Copper & Gold (TSX-V: LBC & US: LBCMF) JUST announced the results of a ZTEM electromagnetic airborne survey, which was recently flown over the Big Red property in the PROLIFIC Golden Triangle and the 2020 work programs for Big Red and the Mocoa porphyry copper deposit.

As you can see, Leo Hathaway, who is an INTEGRAL PART of the management team, has already been INTIMATELY involved with selling four copper assets in his career, when under the employment of the legendary Ross Beaty, so Libero Copper & Gold (TSX-V: LBC & US: LBCMF) has the ADVANTAGE of hindsight and it is implementing it NOW!

Another operator in the Golden Triangle, which also conducted drilling programs on their property, WHICH EXHIBITS similar mineralization anomalies, as Libero Copper & Gold’s (US: LBCMF) Big Red asset does, experienced an AMAZING spike in share price, upon releasing drilling results. On the left is a move from CAD$0.37 to CAD$2.61 in two months’ time. On the right is a rally from CAD$0.75 to CAD$1.76 in about a month!

This is the UPSIDE POTENTIAL that miners have. It’s a HIGH RISK business, but when it works, it creates major VALUE CREATION.

Libero’s management is looking to drill the project in the coming months after initial soil sampling came back with WORLD-CLASS grades of 200g/t, which is UNHEARD-OF.

Their exploration-stage project is of the same age range and geological formation as Red Chris, owned by giant miner Newcrest, and Galore Creek, owned by BEHEMOTHS Newmont and Teck Resources!

Management has to be able to CLEVERLY navigate the wild swings of the mining industry, as Leo Hathaway has done in the past.

The upside potential is enormous, as we see it, since Libero Copper & Gold (TSX-V: LBC & US: LBCMF) currently has a market cap of CAD$9.8M, which is like a speck of dust compared with what a potential discovery would do. 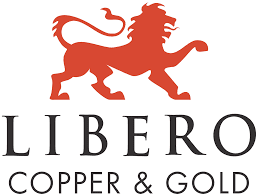 The company’s FLAGSHIP asset, Mocoa, is in the development stage, and the company’s CEO recently said that he WOULD NOT have gotten involved unless he was CONFIDENT that it could be advanced into PRODUCTION.

This means, as we see it, that the company’s PRIMARY IMMEDIATE CATALYST is the fact that it is the cheapest among peers, as the chart above CLEARLY DEMONSTRATES. It would have to triple in price to reach the nearest comparison.

Mines that show SIMILAR mineralization to the ones Mocoa has exhibited have been sold, once in production, for a MEDIAN price of USD$431M!

The potential value creation for early shareholders is OFF THE CHARTS, as we see it.

On top of that, the company is CURRENTLY drilling its gold asset, Big Red. Soil targets that have already been detected INCLUDED some of the HIGHEST-GRADE ever found in the prolific Golden Triangle region!

Since the company only recently went public, it stayed MOSTLY under the radar. This makes it an ideal candidate, in our view.