Down, but not Out

In the past two weeks, I’ve started to hear from many silver bulls that this price action is a precursor to a generational shakeout, one that sends silver to $12 and even lower, and the confidence with which they’re throwing out these bearish and apocalyptic price forecasts is something we’ve seen many times in the past.

These bulls aren’t usually wrong, but they are often early.

In other words, if things stay as they are, my analysis is that it remains at these levels and wouldn’t go through annihilation for a while longer.

With silver, in times like these when the future looks bleak, we often see incredible runs.

This reminds me of Norway and how it turned its fortune around. In the 18th century, when Thomas Malthus, one of the most prominent economists in the modern era visited then Danish-controlled Norway, he reported that the harsh climate made life miserable in the picturesque country that was once home to Vikings who plundered and brought spoils home.

The land didn’t suit agriculture, so small farms and some fishing were all residents had to sustain themselves. As a result, they were poor and uneducated.

The terrain was gorgeous, but engineering was just learning how to build efficient travel, and most settlements remained remote and unconnected.

It didn’t help that some parts didn’t get any sun for months on end.

Wars, famines, blockades, and embargoes were the norm, yet today, Norway is one of the happiest, healthiest, richest, and most prosperous nations on the planet.

Right now, the world is in a bubble that is slowly experiencing a leak, and the NASDAQ Composite is down 6 days in a row, something it hasn’t done since early August 2019.

Many are sending us this chart and asking what’s stopping markets from going through similar plunges in this day and age: 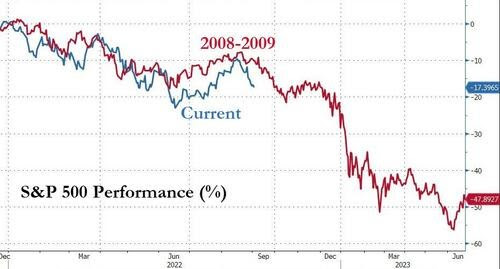 Norway was able to turn its fortunes around with a combination of incredible luck, incredible skills, and learning from defeat.

I would say the same must be true for silver bulls today.

Norway’s struggles with occupying Denmark and neighboring Sweden were the catalysts for the creation of a very democratic form of governance.

When Denmark discovered offshore oil, Norway began to assume that it might be so fortunate as to share in the spoils and marked their territorial waters.

In 1969, in one last-ditch effort, the oil company in charge of exploration took a leap of faith and drilled deeper than ever before. It struck big!

That’s the lucky part, but as you might have heard, there’s such a thing as the “Oil Curse.”

These are the misfortunes that oil-rich countries endure in a similar manner to how some lottery winners are “cursed” with a large lump sum they’re not ready for.

Norway was ready. It invested the riches into education and incorporated a sovereign wealth fund that is now worth close to $1.5T, enough to distribute nearly $250k if it wanted to dissolve itself.

Norway isn’t perfect and is one of the most expensive countries in the world, with some of the highest taxes and the most interventionist governments. Just like silver, it’s not for everybody, but if you love it, the fascination with it is obsessive.

Silver is not for everybody, but if you love it like I do bear market or not, we will HOLD, STACK, and ADD MORE for the remainder of our adult lives.