American Dominance Is Back – No Longer Scorned

Silver has been the worst-performing precious metal for years. In fact, since 1971’s Nixon Gold Shock, gold has performed much better as a savings vehicle.

The fact that governments, central banks, and large funds only have gold in their portfolios has allowed silver to stay cheap and become integral in industrial uses.

Today, silver is literally used in thousands of applications; the list is too large to even mention. It has far less usage as money than ever before. Ever since it was first mined and dug from the ground, civilizations have enjoyed its natural properties and relatively lower value than gold in order to conduct everyday transactions that gold was too expensive to be used with.

Since both gold and silver are forms of payment in the 21st century and are much more used as alternatives to cash, silver’s advantage as “poor man’s gold” has diminished GREATLY.

All of this hasn’t stopped it from rallying from $9/ounce in 2009 to $49/ounce in 2011. In other words, when silver mania occurs, the RETURNS are pretty outrageous.

Silver is much more volatile than gold, which means that as a TRADER, its upside is much greater.

Therefore, I’ve devised what I refer to as the BEST OF BOTH WORLDS: Optimal Precious Metals Strategy, which is my overall policy on how to become a successful investor in this sector.

My first rule is that I want to own physical gold as a superior savings ASSET.

An ounce of gold will always be just that, as Buffett rightly says, but a $100 bill will also always be that: both are non-performing cash variations. The big difference is that gold is a commodity, while the dollar is an American invention that is FLAWED.

Had Warren Buffett routinely converted half of Berkshire Hathaway’s cash into gold eagles, he would, in all likelihood, personally be worth over $500 billion.

Hating on gold cost Warren and his shareholders over $1 trillion, in my estimation.

Here’s where my radical approach differs from many others. Owning physical gold makes it so that owning silver doesn’t add much value. Therefore, I own 90% physical gold and only 10% in physical silver.

That strategy has resulted in MASSIVE outperformance over traditional diversified portfolios.

Secondly, my next rule is that I convert discretionary income into physical gold until my total value covers my annual lifestyle requirements TWICE OVER. Said differently, my mission was completed when I owned enough ounces to cover 24 months of expenses for my family.

If you reach that milestone, which would mean that you should own north of $72,000 in physical gold ($3,000 * 24), then your next milestone should be to MAKE SURE that your cash-flowing assets outweigh this position by 9:1.

Put another way, for every $1 held in gold, $9 should be invested in the S&P 500/dividend blue-chip stocks/rental real estate/REITs/private lending segments.

Rarely has anyone ever outperformed the compounded growth rate of cash flow! 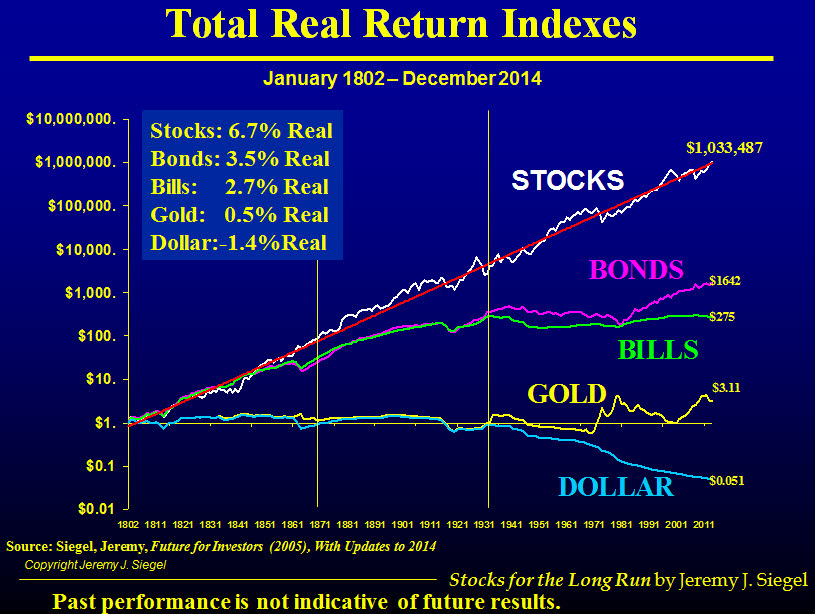 Why own gold at all if stocks BEAT it so handily, Buffett always argues, and the answer is clear: unlike Berkshire Hathaway’s stock, which has fallen by 50% on more than 10 OCCASSIONS in Buffett’s lifetime, most people must have the OPTION to take profits when they need the money most.

If you were a retiree in 2008, an event like that, where the index crashes by 47%, would postpone your retirement by 4-5 years if you were lucky and had the SENSE to hold tight.

Gold is inversely-correlated with most asset classes, which makes it ideal for retirees.

With 2008 underway, one that held physical gold could have sold some of it to fund their lifestyle and not stress over the crash.

There’s much more to this strategy of capitalizing on the BEST OF BOTH WORLDS (gold and silver), and I will publish it next week – STAY TUNED!

Never base any decision off of our advertorials. Wallace Hill LTD (FutureMoneyTrends) stock profiles are intended to be stock ideas, NOT recommendations. The ideas we present are high risk and you can lose your entire investment, we are not stock pickers, market timers, investment advisers, and you should not base any investment decision off our website, emails, videos, or anything we publish.  Please do your own research before investing. It is crucial that you at least look at current SEC filings and read the latest press releases. Information contained in this profile was extracted from current documents filed with the SEC, the company web site and other publicly available sources deemed reliable. Never base any investment decision from information contained in our website or emails or any or our publications. Our report is not intended to be, nor should it be construed as an offer to buy or sell, or a solicitation of an offer to buy or sell securities, or as a recommendation to purchase anything. This publication may provide the addresses or contain hyperlinks to websites; we disclaim any responsibility for the content of any such other websites.