And… Gold Just Closed Above 200-DMA

If you were looking for a good reason to have some bubbly over the weekend, let me give you two:

This would be a celebratory drink, a toast to hedging your portfolio correctly.

The FED has gone too far and has committed too much to this path to stop inflation dead in its tracks, and it will allow this shakeout to meaningfully reduce the imbalances in the labor market before it eventually pauses rate hikes.

Our assumption is that in the December meeting that’s less than two weeks away, we will see a 50bps hike followed by two additional 25bps hikes, bringing the terminal rate to 4.75% before the June meeting rate pause.

Even in June, we don’t believe Powell will close the door to the possibility of more rate hikes. He will likely state that the FED is currently confident that at 4.75%, their interest rates are restrictive enough and they can wait and see before needlessly tightening.

As you can see, the FED’s actions have greatly hampered any sales transactions in the housing sector. This industry is dead, like in the depths of the lockdowns in 2020 or the 2008 climax of systemic failure. 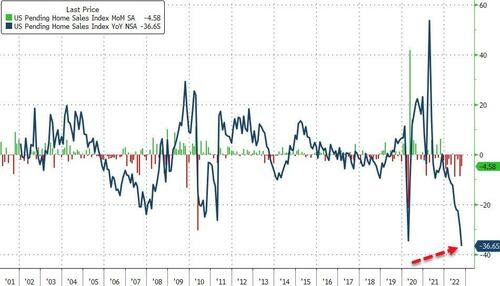 We’ve never seen a chart like this in real estate, and while Powell is boasting that he didn’t chicken out of tough love and aggressively raising interest rates to combat inflation, he totally misjudged it in the beginning.

Nonetheless, we are now over the hump in many regards, but the problem is the last hurdle is the hardest because it will hit Main Street.

As you can see, the weight has been shifted from Wall Street to Main Street because the dollar just had its WORST MONTH since mid-2009: 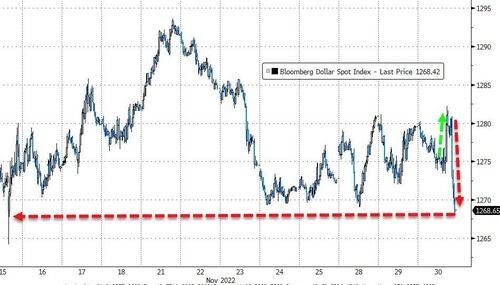 In this final phase of the recession, we want to see management teams make the tough choices and turn their businesses into efficient operations in light of the fact that any business should assume that raising capital will be next to impossible in 2023.

The recovery has not begun, but the markets can bottom ahead of Main Street capitulating, and here are a number of positive surprises we could see:

Bad surprises that would make 2023 a living hell:

Brace for some of the worst economic conditions of the past 40 years in the coming months and hope they never materialize.