Just as Future Money Trends had predicted in our newsletter and multiple reports, the retail cannabis market has been nothing less than explosive as we head into a new and exciting year for legalized marijuana producers, shops, and dispensaries worldwide. And at the epicenter of this whirlwind of economic activity is Canada, where the adult recreational use of cannabis is fully legal now.

For much of 2018, the headlines had mainly focused on Canadian-licensed producers. This is entirely understandable, as the stocks representing these marijuana growers and cultivators have seen big-time price appreciation in a relatively short period of time. Sure, there were bumps in the road along the way, but the trend was definitely to the upside for this segment of stocks: 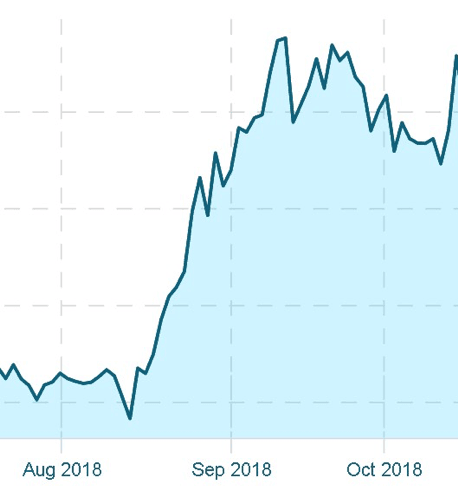 The Canadian Marijuana Index, which measures the overall performance of Canadian cannabis companies and their stocks, taxied down the runway during the summer and then had a huge liftoff in the second half of the year. It was truly extraordinary to witness, and Future Money Trends’ loyal readers were rewarded with tremendous gains from our stock picks.

While the new year will undoubtedly continue to provide outstanding returns from licensed producers, the gap that will be filled in 2019 will be up-and-coming retail brands and stores – the missing link between the cultivators and eager consumers. The fact is that there’s a need for strong contenders in the retail space within Canada’s robust adult recreational cannabis market.

One challenge facing the Canadian retail market for cannabis is the clarification of provincial regulations, which have historically varied from one region to the next. However, the passage of Bill C-45 (a.k.a. the Cannabis Act) has given the green light for Canadian provinces to move forward in crystallizing their own rules and regulations pertaining to legal weed.

Future Money Trends expects this clarification of local guidelines to attract investors and bolster cannabis retailers’ stock prices throughout the coming year. Dominant retailers in Canadian provinces will exert a powerful influence on the recreational marijuana industry as a whole sooner, rather than later. We can even expect the best retailers to land highly lucrative deals with licensed producers – and better yet, buyout offers that will send stock prices soaring.

The Canadian retail space is going to be a cash-flow playground for investors because there’s so much room for growth. Just a few weeks ago, 11 cannabis growers with billion-dollar market caps existed in Canada – that number is now down to only 6.

There’s a perfect comparison to the alcohol market here. Think about it: who makes the most money in the booze biz? It’s not the grower of the hops or the grapes, but the seller of the alcohol that nets the biggest profits and controls the greatest market share.

It’s the same way in Canada’s legalized pot industry: the brands that gain a following and foster consumer loyalty will soon become prime buyout targets. And here’s where it gets even more interesting: Bill 36, which Ontario passed in late September, will make federally-licensed cannabis producers ineligible to apply for a retail license.

The upshot is that the big Canadian-licensed producers won’t be able to directly sell the product themselves in particular regions; instead, they’ll have to seek out the services of a small number of up-and-coming retailers to perform that function. The number of joint ventures we’ll be seeing among Canadian-licensed producers and those few retailers will be nothing less than astonishing.

It’s such a great time to be in the legalized marijuana market, and next year will make 2018 look like petty gains in comparison. The Canadian economy is in transition right now, and we’re preparing to capitalize on this, with the legal recreational cannabis market expected to generate sales of $4.34 billion in 2019.

What will the retail cannabis market look like in the coming years? Strong demand will exist in multiple cannabis product formats, including candies, chocolates, baked goods, drinks, oils, and sprays, among others: 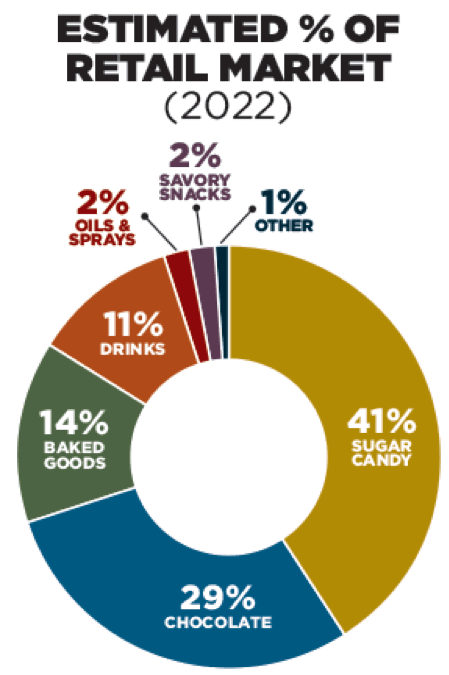 The second half of 2018 was an amazing time to be in Canadian pot stocks, there’s no doubt about it. But that was just the beginning, and Future Money Trends is ready for the shift to up-and-coming licensed Canadian retail sellers, as deals will be made in 2019 – and so will fortunes for early investors in the right companies and stocks.