Globalization, Which Helped the Buck,
IS OVER

51 years ago, the United States was the unrivaled king of the global economy. No other country came close to challenging it until it had problems with keeping the gold standard alive and foreigners questioned the validity of the guaranteed exchange of $35 for one ounce of gold.

This decoupling looked to be an epic mistake at first since it created an energy shock, years of inflation, recession, and a miserable decade before Paul Volcker’s drastic measures stabilized inflation by resetting it, along with the rise of China as a new trade partner of the West.

For the next 40 years, the dollar was a useful international currency as countries collaborated to build the most globalized economy humans had ever seen.

With the pandemic reset and the Russian invasion of Ukraine, as well as China’s claim that Taiwan must be reclaimed, we have exited globalization.

Trust among the two blocs (East and West) has been damaged, but China isn’t ready to come to the forefront and emerge as a new and trusted leading economy.

Therefore, when nations are thinking about how to become less dependent on the dollar since they have no clear vision of where the U.S. is headed, their viable alternatives don’t really present themselves as true possibilities.

All nations want to reduce exposure to the dollar in order to have more control over their destiny in a world that is deglobalizing and more prone to war, but what are the options they have?

This is where we believe gold and silver come in. As the only hard currencies that aren’t tied to a particular nation, they offer that diversification, especially when it’s hard to tell what regimes competing central banks will take since they don’t act in unison anymore.

Think about what we just saw from the European Union putting price caps on Russian oil. Price caps and other controls and rations are wartime policies that aim to keep costs down but have secondary consequences of inflating prices as they destroy supply incentives. 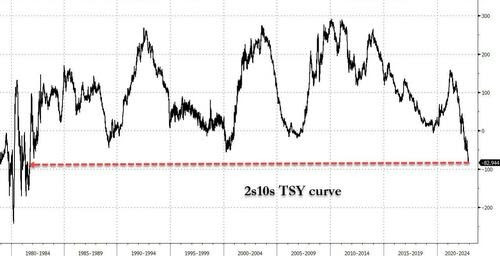 Bond investors aren’t wrong; the FED is now restricting an economy that’s poised to enter a recession. For now, the FED thinks growth will be 0%, which is ideal for the policy to slow inflation without inflicting human cost on the economy with a severe recession, but the market thinks the FED is looking at lagging data and that it must stop raising rates immediately if it wants to avoid destruction.

In other words, this is where the rubber meets the road and where we either follow in the footsteps of 2008 and enter a dangerous recession or we see that we’ve learned from the mistakes of the past and are able to allow the economy to recover without sending millions of Americans into the streets again. 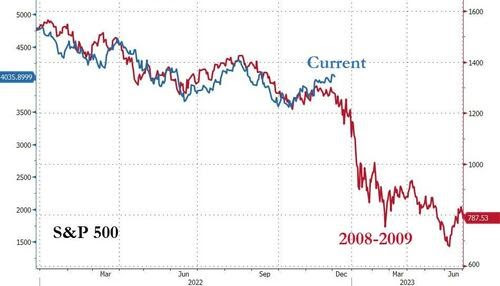 As you can see, the stock market’s mirror image of 2008-2009 is frightening, but in a situation that isn’t managed correctly, investors might dump in a panic.

Therefore, we believe the FED is keeping one ace up its sleeve, and if conditions call for it, it’ll begin buying bonds again.

One week from now, we will know if this market is breaking down or if it’s holding at the current levels. This will be the most important FED meeting and CPI report of the year since it will be the determining factor of the fate of the soft/hard landing debate.