Governments aren’t good at much of anything long-term, but I’ll give them this much: they know how to come up with creative “solutions” for the short-term. Their schemes don’t actually solve anything and they’re not sustainable – much like putting a Band-Aid on a gaping wound – but that’s how governments work, and you can count on them ruining everything they touch.

A case in point is how the Federal Reserve has mishandled the American economy, specifically the cash-poor banking system. As expected, their answer to this problem has nothing to do with fiscal discipline or holding bankers accountable. Instead, the Fed bails out the big banks through emergency overnight “repo,” or repurchase-agreement operations.

There were a period of years in which this type of drastic action wasn’t deemed necessary or desirable. That all changed in 2019 when emergency overnight capital infusions became not only acceptable, but commonplace. In fact, on the chilly evening of October 2, America’s big banks asked the Federal Reserve Bank of New York for $42.05 billion – which the Fed forked over without compunction or hesitation.

Of course, that’s government money, which is really taxpayer money, and it’s not the first time they’ve used our money to bail out the fat cat bankers. They bailed out corporate banks like Wells Fargo – you know, the same bank the government punished for multiple acts of malfeasance – back in 2008, which was the last time the Fed conducted emergency repo activity until September of 2019.

We all know what happened in 2008, but that was a time when the financial system was so broken that the government couldn’t hide it anymore. This time around, they’re able to keep the charade going, but informed citizens can see the signs of the wheels coming off – they just have to know where to look: 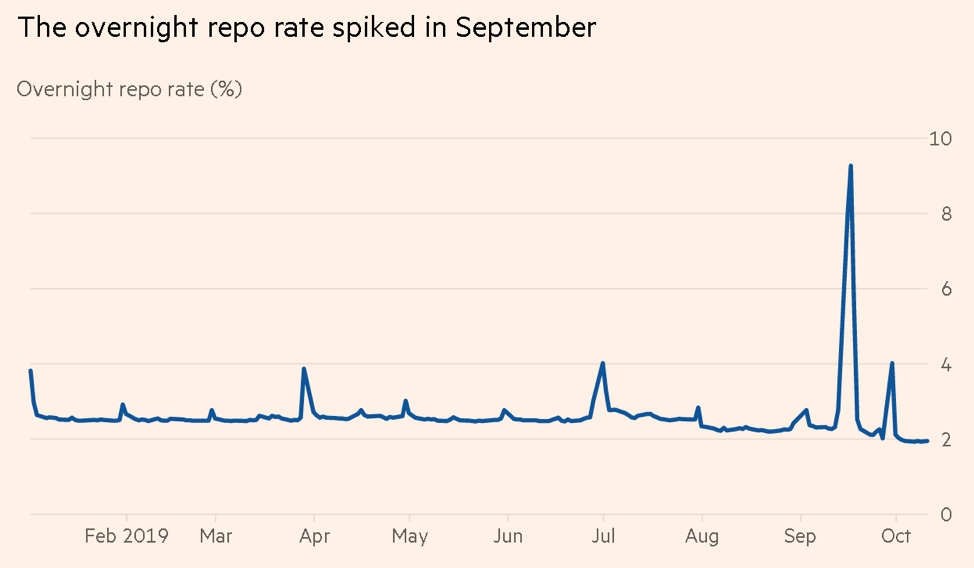 You can’t just continuously flood the banking system with liquidity without any consequences, and the financial markets essentially had an aneurysm on September 15 when the overnight lending rate spiked to nearly 10%. Congressional career politicians scolded the Fed for a few days and then went back to their business of ignoring the nation’s problems.

Now cash-crunched hedge funds are putting pressure on the government to bail them out with capital injections. And why the hell wouldn’t they ask for it? The Federal Reserve’s largesse demonstrably has no bounds and no conscience, so the hedgies stand to lose absolutely nothing by demanding the same preferential treatment the banks have received. 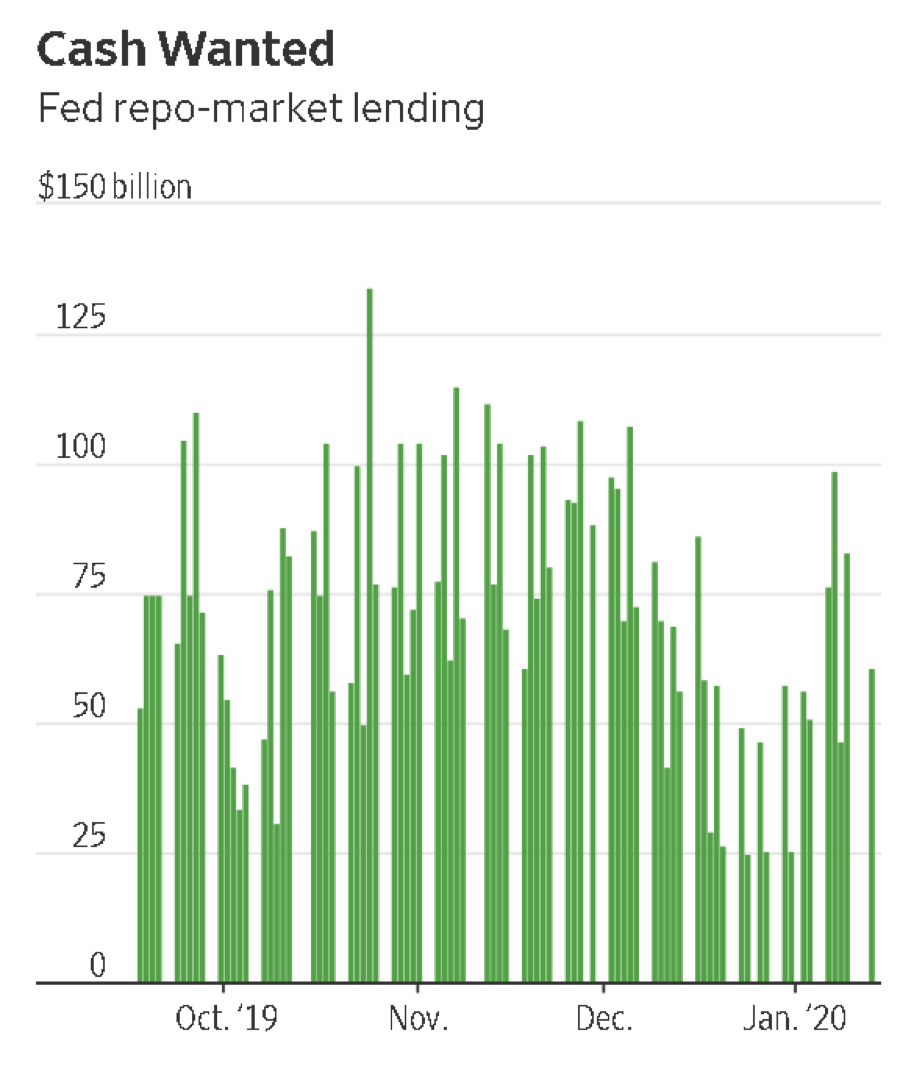 All of this sounds absurd to any responsible and clear-minded individual, but that’s not what we’re dealing with here. Through the clouded lens of government-level logic, it all makes perfect sense, and now the Federal Reserve is seriously considering commencing repo-style lending to hedge funds.

To say that this ought to incur major political blowback would be quite an understatement. The mere thought of direct lending to hedge funds should, in theory at least, infuriate the populace – or as GLMX Chief Executive Glenn Havlicek politely put it, “There’s a strong aversion to fat cat bailouts.”

But as we’ve learned in these irrational times, consequences have become practically irrelevant at the government level and the ultra-wealthy play by different rules than the rest of us. As long as the mainstream media ignores the Fed’s fiscal backstopping of big banks, they’ll most likely fail to report on the hedge fund bailout as well.

It’s yet another example of how borrowing money from the government without concern or forethought remains the privilege of the elite. If you and I ran up credit card debt, the consequences would be life-altering. Meanwhile, hedge funds feel entitled to taxpayer-underwritten loans without real oversight or transparency.

Perhaps they think that no one is paying attention. For the most part, they’re right about that – but that’s changing. Self-educated, independent-minded citizens are paying attention and preparing for the endgame, when the consequences will be real, swift, and final.

Just yesterday it was reported that the world’s largest hedge fund is betting on a gold spike of over $2,000 per ounce as central banks allow inflation and political fears to mount.

I’m telling you that we’re in the endgame for this central bank global economy, so prepare accordingly.

This work is based on SEC filings, current events, interviews, corporate press releases and what we’ve learned as financial journalists. It may contain errors and you shouldn’t make any investment decision based solely on what you read here. It’s your money and your responsibility. We are invested in every idea mentioned in today’s letter, we will not sell any investment mentioned in this letter for thirty days of any email or article mention. The information herein is not intended to be personal legal or investment advice and may not be appropriate or applicable for all readers. If personal advice is needed, the services of a qualified legal, investment or tax professional should be sought.