Central banks around the world are orchestrating a war on the deadly coronavirus pandemic, and who’s leading them all? You know who: it’s the notorious Federal Reserve on the frontlines, doing everything in their power to single-handedly prevent a full-scale economic implosion.

Their only weapons – suppressing “risk-free” interest rates and flooding the banking system with cash through massive bond-buying sprees – haven’t been working like they once did. It’s not like the old days, when a quarter-point cut was enough to mollify nervous market participants.

Today, a quarter-point interest rate cut is nothing. Heck, even a half-point cut isn’t good enough anymore. The market has become desensitized to cuts of this magnitude. The emergency inter-meeting half-point rate cut didn’t even make a dent. But that was just the beginning.

The next phase is emergency bond repurchase (repo) operations. We just saw the worst day since 1987, the day when the Dow Jones fell 12.9% – the whole world is watching the Federal Reserve’s response. They have no choice but to act, and it has to be a grand gesture.

They call it POMO (permanent open-market operations), where the central bank buys Treasury bonds with no definite end date. The Fed could literally go on forever with QE4, 5, 6, all the way to infinity. In addition to Fed Chairman Jerome Powell’s announcement that they’ll be buying $1.5 trillion worth of securities over the next several months, the New York Fed just revealed an additional “emergency QE” operation to buy $33 billion in bonds. 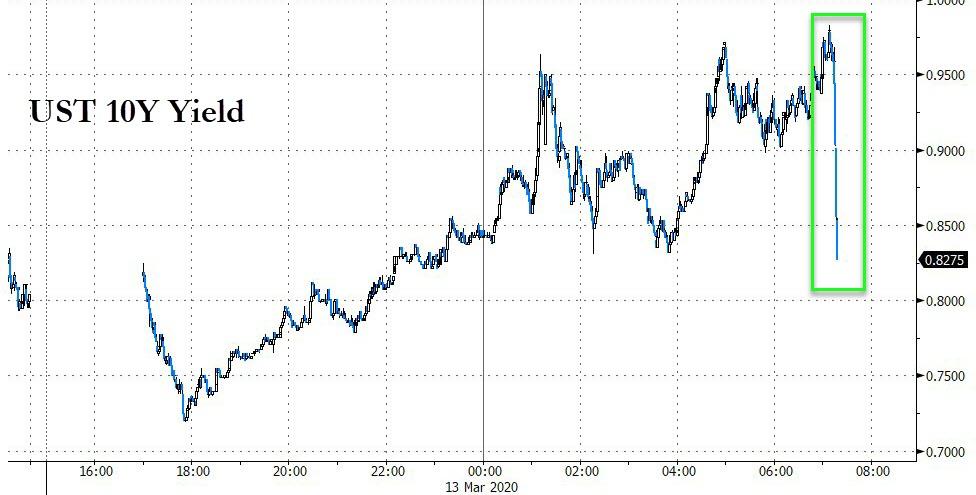 The result is predictable: bond yields took a nosedive and long-side silver investors high-fived each other because they know what’s coming. Any inkling that government bonds are a safe haven is now crushed; cautious investors must turn to precious metals now as a crisis hedge as the coronavirus roils the global economy.

Any dip in the silver price is, therefore, a call to action for all investors. Owning physical silver is a smart move for the long-term, and silver-miner stock shares are trading at a ridiculous discount at the moment. Silver’s move to around $50 per ounce pushed stocks like First Majestic Silver (TSX: FR, NYSE: AG) to the moon, and now you’ve got a second chance to get in.

First Majestic is a great example because it checks all of the boxes: multiple producing silver mines, strong insider ownership, plenty of available cash, and the majority of the company’s revenues come from silver (i.e., this stock is a pure silver play).

The company’s founder, Keith Neumeyer, is renowned in the resource community. Few individuals have the broad and extensive experience required to deal with the financial, regulatory, legal, and accounting issues in the mining business.

Mr. Neumeyer founded First Majestic in 2002 and the company has grown tremendously since that time. In 2011, he won the E&Y Entrepreneur of the Year Award for the Metals & Mining category; today, Keith Neumeyer continues to proudly serve First Majestic shareholders as the company’s CEO and President. 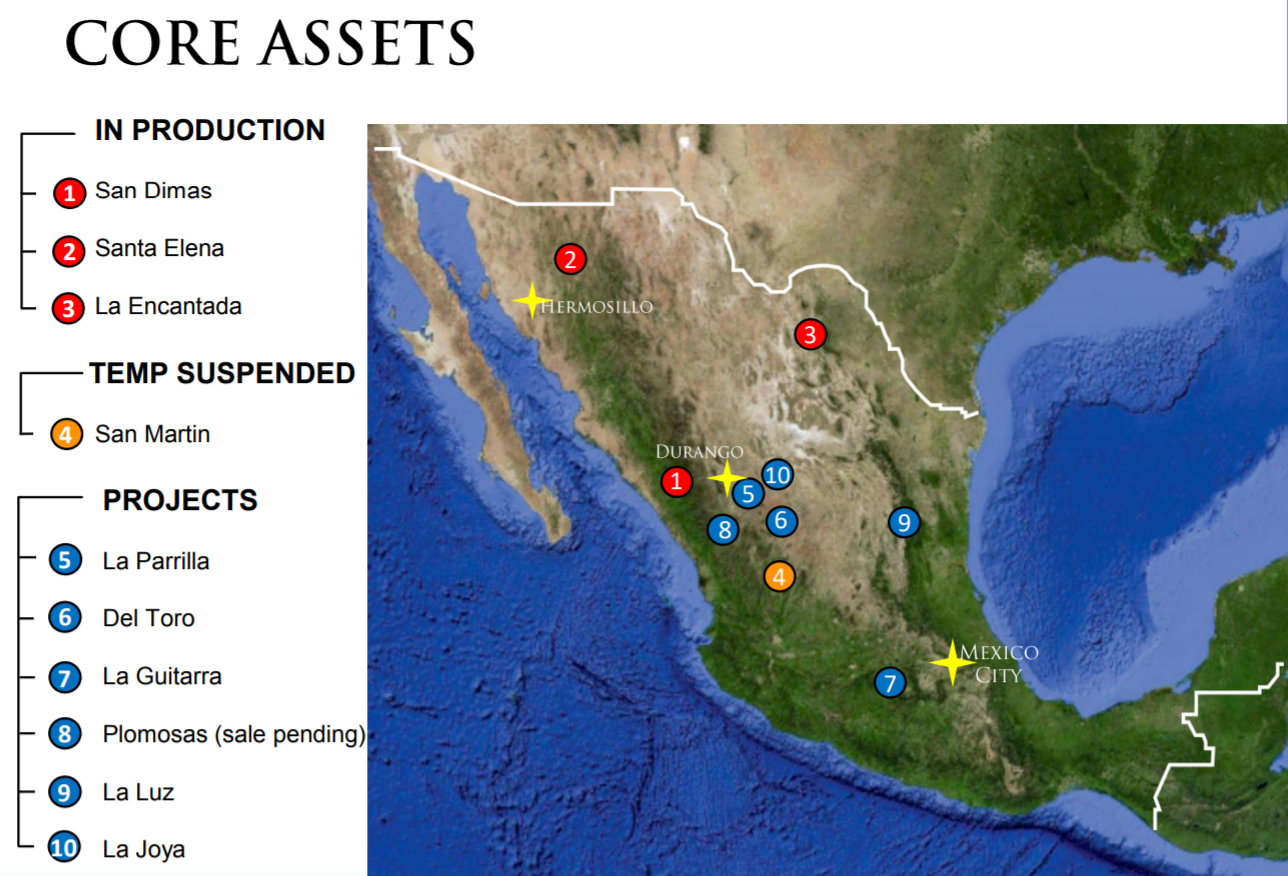 And let’s not forget the expansive portfolio of mineral-rich assets: 2020 guidance indicates an astounding 11.8 to 13.2 million ounces of silver from San Dimas, Santa Elena, and La Encantada. The estimated all-in sustaining costs are just $13.37 to $15.46 per ounce of silver – and the Fed’s hyper-accommodative policies will ensure that silver goes much higher than that.

The company’s crown jewel, San Dimas, is First Majestic’s lowest-cost and largest-producing mine. At a ridiculously low estimated 2020 all-in sustaining cost of $8.28 to $10.10 per ounce, San Dimas is projected to produce 6.5 to 7.2 million ounces of silver and 81 to 90 thousand ounces of gold.

Considered one of the most significant precious metal mining districts in all of Mexico, San Dimas is in a prime location for silver exploration and mining activity. To get the most of this and other silver assets, First Majestic has adopted the use of high-intensity grinding technology and other optimization techniques which is resulting in higher recoveries and lower energy costs.

Strong leadership, prime mineral assets, and low overhead – along with a desperate central bank that can’t wait any longer to smash bond yields – are working in tandem to enrich First Majestic shareholders in a rare, spectacular, and historically-pivotal market event.

Disclosure/Disclaimer:
We are not brokers, investment or financial advisers, and you should not rely on the information herein as investment advice. If you are seeking personal investment advice, please contact a qualified and registered broker, investment adviser or financial adviser. You should not make any investment decisions based on our communications. Our stock profiles are intended to highlight certain companies for YOUR further investigation; they are NOT recommendations. The securities issued by the companies we profile should be considered high risk and, if you do invest, you may lose your entire investment. Please do your own research before investing, including reading the companies’ SEC filings, press releases, and risk disclosures. Information contained in this profile was provided by the company, extracted from SEC filings, company websites, and other publicly available sources. We believe the sources and information are accurate and reliable but we cannot guarantee it. You should know that we have been paid two hundred thousand dollars and received twenty five thousand stock options with an exercise price of fifteen dollars and ninety three canadian cents by First Majestic Silver Corp. (AG) as consideration for a one year digital marketing campaign, which includes this communication. You should know that that we intend to exercise options and/or sell shares in 2020. We will only sell shares after a minimum of thirty days after an email marketing campaign. In the past, AG has compensated us (and/or our affiliated companies Future Money Trends and Gold Standard Media) a total of sixty five thousand dollars (in twenty eighteen) and twenty five thousand dollars (in twenty seventeen) for prior, now concluded, marketing campaigns. We also currently own an additional seventy five thousand Options of AG with a conversion price of ten canadian dollars and eighty four cents (twenty five thousand), nine canadian dollars and one cent (twenty five thousand), eight canadian dollars and thrity one cents ( twenty five thousand), which we received from AG in connection with our prior work.