It Could Get Ugly

On May 4th, the Federal Reserve could raise rates again. Most believe that June 15th is a shoo-in for a rate hike, but Wall Street is not sure about May, and that introduces a wait-and-see approach when it comes to gold.

Gold hates wait-and-see periods because they don’t generate yield, so parking cash in it while waiting is considered an inferior option compared with short-dated bonds or other fixed-income alternatives.

If gold can’t make a breakout in the next 48 hours to $1,950 and above, it might give back at least $40, and if it can’t find buyers there, it might dip way down towards the low $1,800s, but this will only occur if radical new information surprises the markets, specifically on the inflation front.

The May 4th meeting is a wild card because March’s inflation data could be the worst in over 40 years. April’s data, which comes out in early May, could be sharply lower, so we don’t believe the FED will hike in May, which leaves the door open for a June hike.

This wait-and-see approach is also prevalent in the general markets. Hedge funds are selling heavily one day and buying aggressively the following day, which tells me the volatility is nowhere being over and done with.

My thinking is that we will still see some big down days, and you should be ready to buy your high-conviction stocks any time you see the VIX index go above 30, and especially over 35. 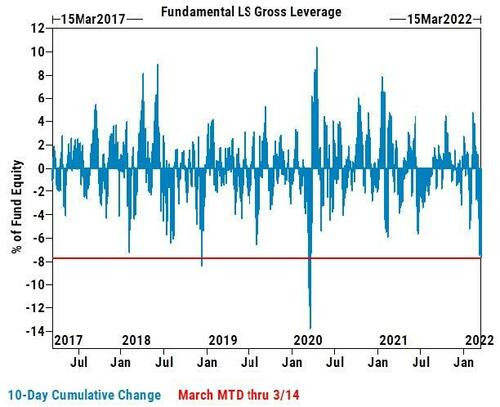 This past Sunday, the 2022 season of Formula 1 began. The expectation was that Lewis Hamilton and Max Verstappen would continue their head-to-head battle for another season, but because F1 regulations changed so dramatically, Mercedes has a far slower car than in 2021…

Somehow, Hamilton is not even a champion contender in 2022, if the first race is any indication. Out of the ashes, Ferrari, the team that became a laughing stock for the past two years, looks like a team that revolutionized their whole process during the off-season.

Red Bull, the favorites, saw their fuel system fail in both cars during the final laps of the race and went from scoring 30 points to not scoring at all, a travesty.

Formula 1 is owned by a media company that wants to make a fortune, and they know that Mercedes’ semi-monopoly over the field in the past few years makes the races less enjoyable than if the cars were more evenly aligned, making the drivers the differentiator.

Fans want to see drivers fighting it out!

If it were left for the fans, all drivers would get the same exact car.

In real life, changing the rules like that every season would not be a reasonable request. In capitalism, trying to level the playing field by constantly shaking things up only serves to lower productivity. In real life, the government wouldn’t want to slow Mercedes down so that other teams could catch up to it and ensure tight battles, which get more ratings.

The midterm elections will help reduce much of the uncertainty over progressive agendas, mainly concerning ESG and taxes, which are currently up in the air.

This is why we believe that the midterms will be the major catalyst for markets to ascend back to new all-time highs and the end of the wait-and-see period of 2022.