We Are Calling the Bottom

The market is looking about 18 months into the future and it’s not predicting any sort of major inflationary crisis, coupled with a recession. When we talk about the market and it is pricing, it’s important to understand which investors we are talking about.

Bond traders are the most sophisticated group of investors out there. Government bonds are the largest global market out there and it is mostly institutional investors that play in it.

We believe that the Smart Money that moves the financial fixed-income and debt markets are not forecasting that a recession is on the horizon, but that we’re entering the recovery phase.

In Mid-June, we believe that markets priced peak tightening and the most aggressive FED and have since started to assume more dovishness: 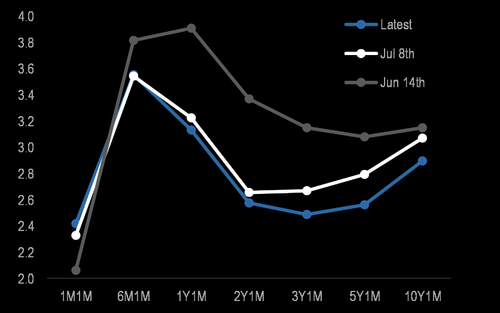 The global short squeeze is on and the rally in equities is real.

Those that will deny it and those that will remain indifferent to it and wait for the double-dip crash and for an earnings and growth recession or for real estate to undergo a collapse, might have to wait another 13 years until they get a reset mode year.

I am staking my entire reputation that any bear alarmists are now just feasting on the leftovers.

Here are the top five reasons to assume the worst is well behind us:

This makes me so bullish and all I can say is that I’m being very aggressive right now. 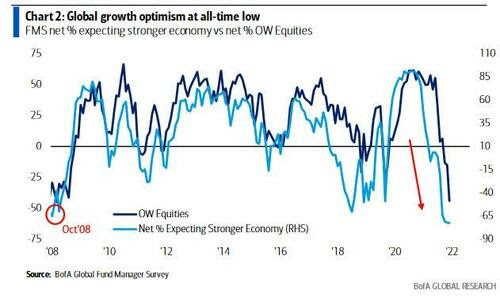 There’s nothing that makes me more convinced that the right assets are now undervalued and cheap, ripe for historic returns than the chart above.

This is just step one, though. I want to show you additional facts about that confirm that right now is a better opportunity than in 2008!

All of a sudden, the bears are openly shorting, directly laughing at optimists and dishing out ideas on which companies will go under… they are having a field day out there and, to me, that’s another sign of delusion.

If you were bearish in November 2021, that’s one thing, but to be shorting so heavily and with such disregard to the underlying danger of betting against innovation, against growth, against the promise of a better future, is pretty risky. 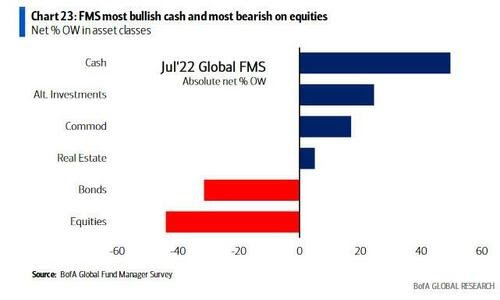 Right now, cash is the No.1 asset class and, within it, the USD is the favorite currency and it is the most crowded trade on Wall Street. This doesn’t happen very often… it’s rare and weird.

But, even if all of that, I’ve saved the best for last.

In 2008, the world’s financial system, the banks themselves, came under existential threat… everyone, from billionaires to prime ministers were worried.

People were on the brink on mental collapse and I remember how bad it got.

All of the governments and central banks were uniting, in order to solve this systemic crisis, but in 2022, they’re doing none of that. Biden doesn’t even seem to know what’s happening in the markets, but the liquidity squeeze is the same as in 2008; it makes NO SENSE. 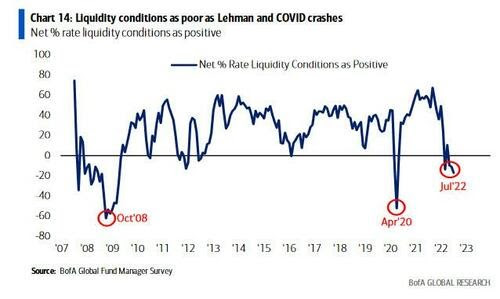 Buy quality assets; the crowd is in cash… it’s time to LOAD-UP!