Time to Own Silver and Gold:
Why Precious Metals MUST BE IN YOUR PORTFOLIO Right Now

A history of monetary value going back 6,000 years isn’t something that many asset classes can claim. While I’m certainly not against newer investment opportunities, all of my research proves that silver and gold are must-haves in anyone’s portfolio. And it’s not just for the safety-minded, though safety in turbulent times is undoubtedly one of precious metal ownership’s biggest advantages.

Not only will silver and gold holdings help you sleep soundly at night when this long-in-the-tooth equities bull market comes crashing down, you’ll make a handsome profit as well. For reference, we can see what was in store for silver holders during the horrendous equities bear market that started in the 1970s and lasted for the better part of a decade: 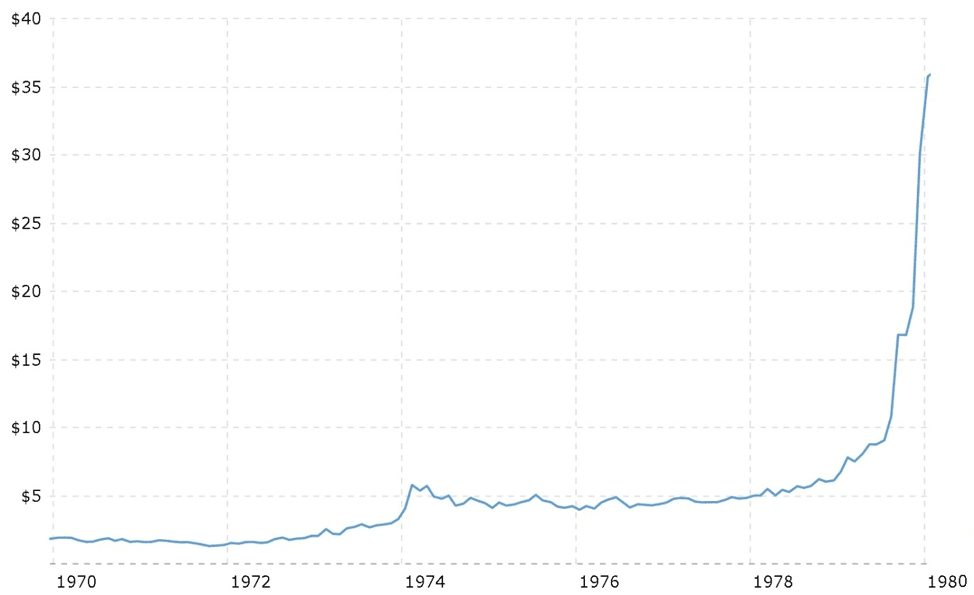 While the United States was gripped in the throes of stagflation, silver had rocketed to the mid-30s by 1980. Gold, meanwhile, had surpassed $870 an ounce, notching all-time highs for both of these ancient metals.

Need more historical evidence? How about the first decade of the new millennium, when U.S. equities market participants suffered the one-two punch of the Dotcom bubble burst, only to be followed up by the Great Recession a few years later. The suffering was palpable for those who held richly-valued blue-chip stocks, and especially tech stocks at that time, but silver stackers experienced what can only be described as the thrill ride of a lifetime: 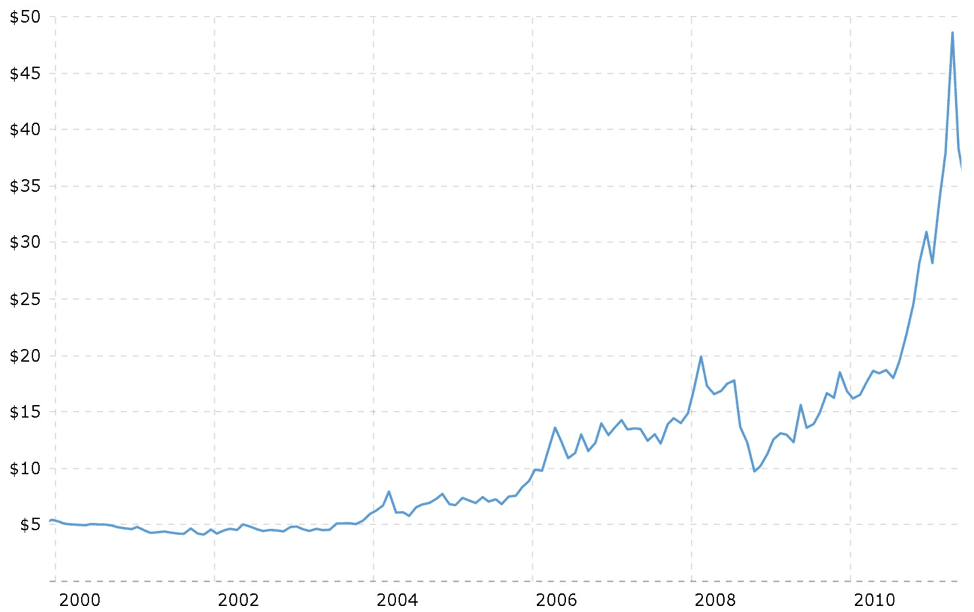 While the major stock market indices had buckled under their own weight – not once, but twice –  gold was climbing above $1,200 an ounce for the first time ever (unimaginable just a few years prior) and silver was shattering all previous records with ease.

Do the math: it was a nearly 1,000% return on investment for patient holders of silver, which tends to have sharper moves than its more popular counterpart, gold. Thus, whether you choose to allocate more of your portfolio to silver or gold is a personal choice based on whether you’re seeking more or less volatility.

Another factor to consider is a metric that not enough investors are watching: the gold-to-silver ratio, which measures how many ounces of silver it would take to equal the price of an ounce of gold. The historical mean for this important ratio is around 50, and the current reading is in the mid-80s – a rare and extreme level. Looking back a century, we can see that the gold-to-silver ratio doesn’t stay above 80 for very long: 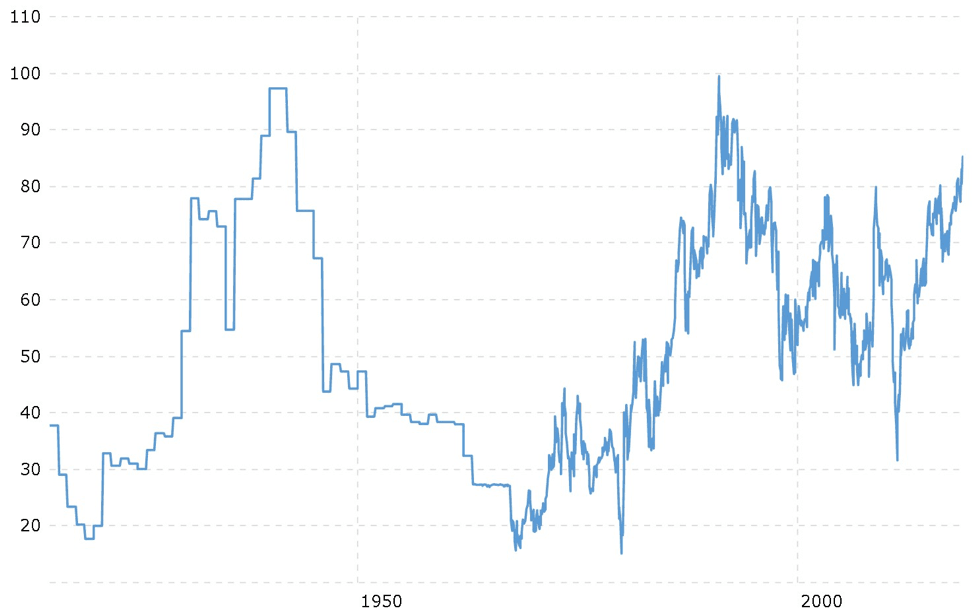 Since 1971, when the U.S. Government took its currency off of the gold standard, readings this high in the gold-to-silver ratio have only occurred a handful of times. Those few times when it did happen, mean reversion always kicked in. The pendulum would swing in the other direction as the precious metal community rediscovered the true and immutable value of silver.

But don’t get me wrong: gold and silver both have a place in the modern diversified portfolio both as a wealth-building asset class and as a hedge against a precarious global financial regime. With the U.S. national debt approaching $22 trillion and the debt to just the nation of China alone being $1.17 trillion, the currently expensive blue-chip stock share prices are neither rational nor sustainable.

What will bring the major stock indices down and create added value for silver and gold? Besides the “irrational exuberance” (to quote former Fed Chair Alan Greenspan) of the major U.S. stock market indices, there’s the inflationary impact of incessant central bank money printing, which will degrade the value of the U.S. dollar into oblivion, taking the economy down with it: 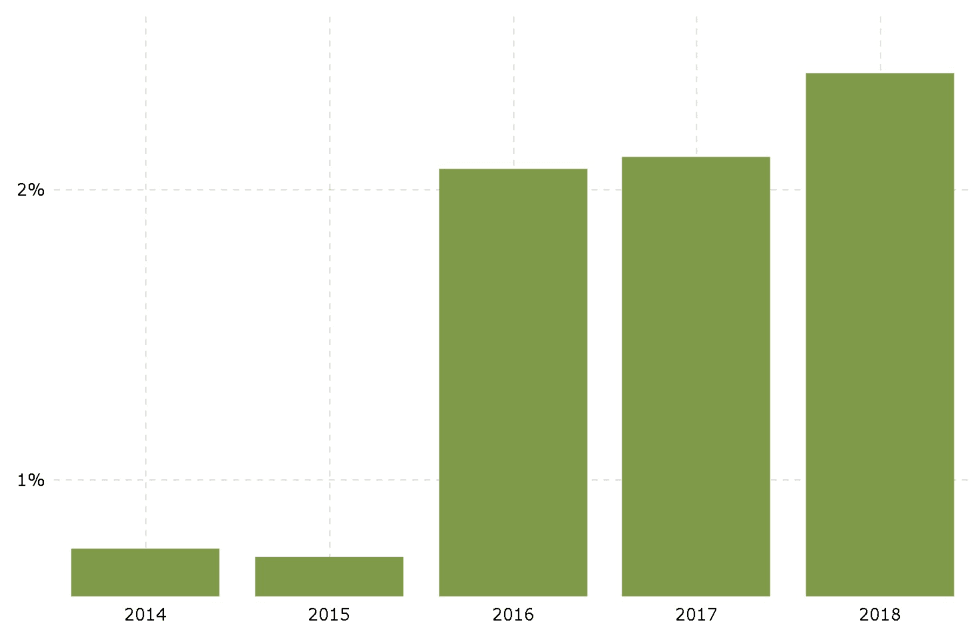 If it’s not the wreckage of the dollar, then perhaps it will be the fact that the nation now owes more than it produces. This off-kilter state of affairs is measured by the U.S. debt-to-GDP ratio, which is currently and regrettably over 100%: 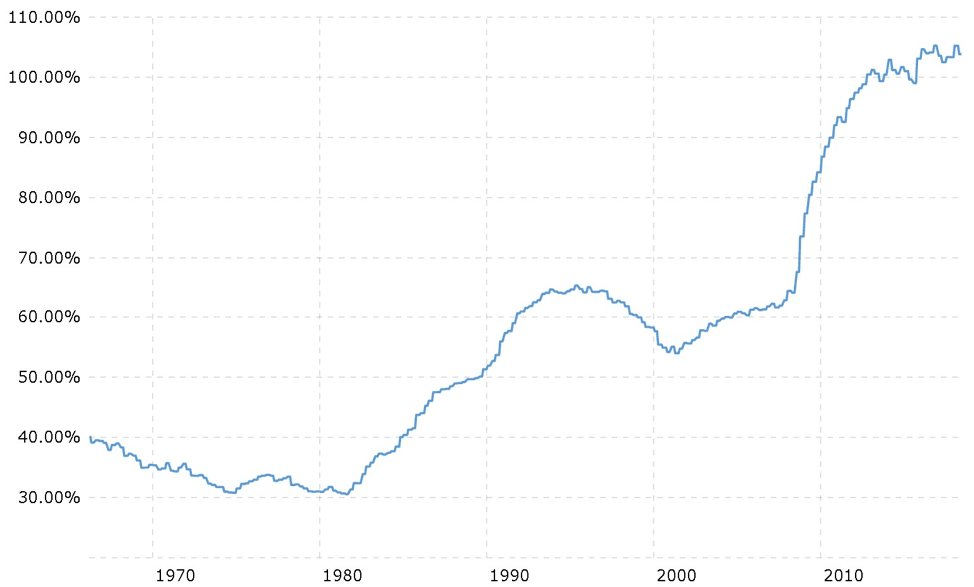 Much like a person with a credit card bill greater than their salary, the nation isn’t productive enough to pay its massive debts – and there’s nary a sign that the government’s penchant for waste and overspending will be coming to an end anytime soon.

It’s a situation that’s likely to get worse before it gets better, which is why owning silver and gold should be viewed as a priority, rather than a mere possibility. The time to put silver and gold in your portfolio is sooner, rather than later – because later might be too late.

Don’t wait on this one; you’ll want to have some physical precious metals over the next two years.

P.S. I personally purchase all my precious metals through MilesFranklin.com