You’re Watching History in the Making

My life changed the day I realized the ignorance of the general population with the Federal Reserve system of banks and with the fiat monetary system.

I’ve literally never been the same. I’m not a gold bug at all, but there’s no way that I will ever NOT own precious metals.

To me, holding and stashing one’s purchasing power in national currencies is PLAIN STUPID. 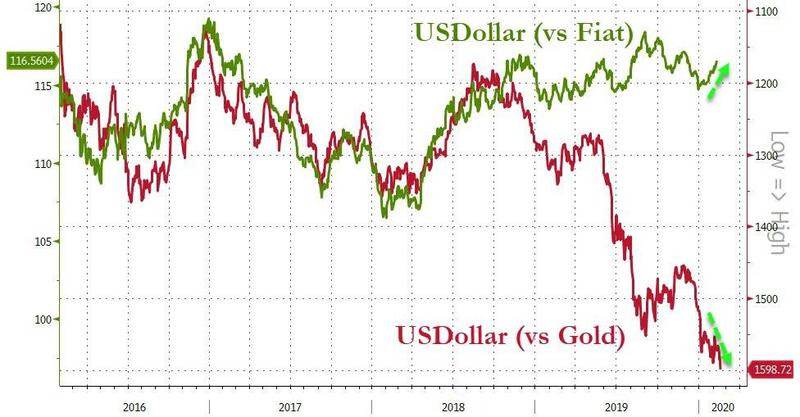 There’s no retail MANIA at all right now, yet gold is already trading at 7-year highs in dollar terms and at all-time highs in over 75 fiat currencies.

Measuring euphoria in precious metals is done in an easy way: by looking at the price of silver.

People and institutions invest in gold and speculators are the ones that love silver. Currently, though, they’re loving the other precious metals, including platinum and palladium, much more than they love silver.

To me, this means that the price of gold has MORE upside than most people think.

The day I decided to accumulate gold was the first day that I’ve ever felt safe, like there’s a plan B, a parachute, and I can sense more security for my family and my own future.

Bitcoin came later on. Future Money Trends was among the pioneers of cryptocurrencies. Since the first time we highlighted its unique properties — its decentralization and brilliant technology — the price has gone from $13/coin (when we debuted it in the newsletter) to over $10,000 today and $20,000 at its high.

Its price can still go up HIGHER. On a technical analysis basis, the chart looks ready to break out like gold just has. 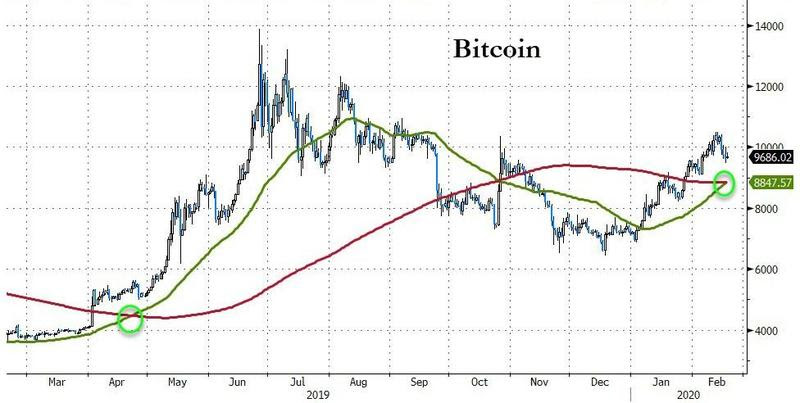 One microscopic virus in one end of the planet can change the fate of the global economy in less than a month.

This is, in my view, a clear-cut example of the power of owning safe havens.

To me, a safe haven is the FURTHEST thing from a government-backed asset, such as the dollar or a Treasury note.

Gold is going to have an incredible year in 2020, and the mining stocks are delivering for us!

Everything we do requires two metals: copper and silver.

The world mined approximately 800 million ounces of silver in 2019, which means production has gone down 3 years in a row.

Even so, global silver consumption will be 1 billion ounces this year.

Over the last 10 years, we’ve had a 500-million-ounce silver deficit. It’s inevitable, in my opinion, that the price of silver will go up. 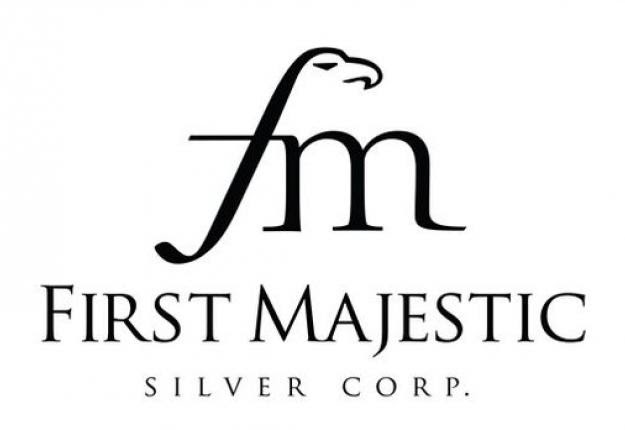 On a technical level, silver has much more room above than below as the spot price is working its way back up towards the near-$50 region attained in April of 2011. The days of sub-$14 silver are behind us, but there’s still a long ride back to $50 and beyond.

First Majestic Silver (NYSE: AG & TSX: FR) is the purest primary silver producer on the public markets. Yesterday, shares were up by 5.8% and since we began profiling it in June 2019, the price is up over 75%!

40% of the company is owned by institutions.

9.9% is owned by a single company, which happens to be the KING in this space: Wheaton Precious Metals (formerly Silver Wheaton).

This is a real silver producer, with the majority of its income coming from silver. 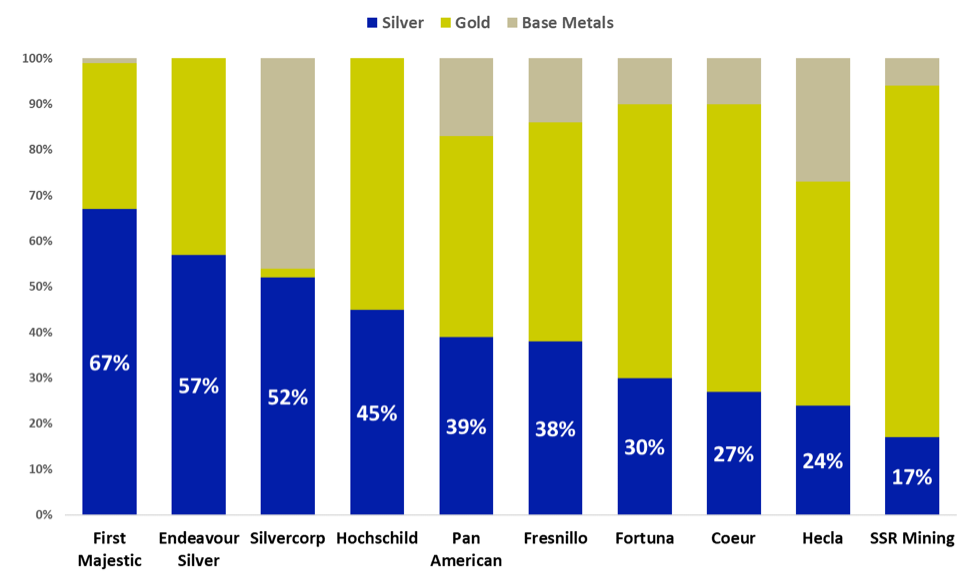 When you add it all up, the company produced approximately 16 million silver-equivalent ounces in 2017. In 2018, it grew to more than 22 million ounces. For 2019, they hit 25 million ounces!

It’s a Keith Neumeyer company, which is all I need to know. This is the most relentless person I’ve met, and he’s the most successful as well. Prior to starting First Majestic Silver, now a $2 billion company, he was the founder of First Quantum, a copper company that became a billion-dollar producer. Keith knows how to grow a business, and even more importantly, set up his investors for big gains.

First Majestic acquired the world-class San Dimas mine in 2018, which has already doubled their annual production. He’s also grown the company’s in-ground reserves by 43% from 120 million silver-equivalent ounces in 2017 to 171 million in 2019.

In my opinion, First Majestic is and will continue to be the go-to silver stock. Make First Majestic Silver (NYSE: AG) a core stock in your portfolio.

Believe me: what I’m working on next is a company whose projected financials are just SCREAMING at me and jumping off the page.

My conservative estimates for it are so bullish that I’ve got a lot riding on it!

Disclosure/Disclaimer:
We are not brokers, investment or financial advisers, and you should not rely on the information herein as investment advice. If you are seeking personal investment advice, please contact a qualified and registered broker, investment adviser or financial adviser. You should not make any investment decisions based on our communications. Our stock profiles are intended to highlight certain companies for YOUR further investigation; they are NOT recommendations. The securities issued by the companies we profile should be considered high risk and, if you do invest, you may lose your entire investment. Please do your own research before investing, including reading the companies’ SEC filings, press releases, and risk disclosures. Information contained in this profile was provided by the company, extracted from SEC filings, company websites, and other publicly available sources. We believe the sources and information are accurate and reliable but we cannot guarantee it. You should know that we have been paid two hundred thousand dollars and received twenty five thousand stock options with an exercise price of fifteen dollars and ninety three canadian cents by First Majestic Silver Corp. (AG) as consideration for a one year digital marketing campaign, which includes this communication. You should know that that we intend to exercise options and/or sell shares in 2020. We will only sell shares after a minimum of thirty days after an email marketing campaign. In the past, AG has compensated us (and/or our affiliated companies Future Money Trends and Gold Standard Media) a total of sixty five thousand dollars (in twenty eighteen) and twenty five thousand dollars (in twenty seventeen) for prior, now concluded, marketing campaigns. We also currently own an additional seventy five thousand Options of AG with a conversion price of ten canadian dollars and eighty four cents (twenty five thousand), nine canadian dollars and one cent (twenty five thousand), eight canadian dollars and thrity one cents ( twenty five thousand), which we received from AG in connection with our prior work.