Pricing in a Recovery

If Wall Street was right eight months ago to begin pricing in a growth scare at first and a full-blown recession later, I have to assume they might be on to something as they begin to price in the possibility that this recession is starting to be acknowledged by the FED and the government and that the froth and euphoria have left the markets.

We have a bizarre set of circumstances all seemingly happening at once: 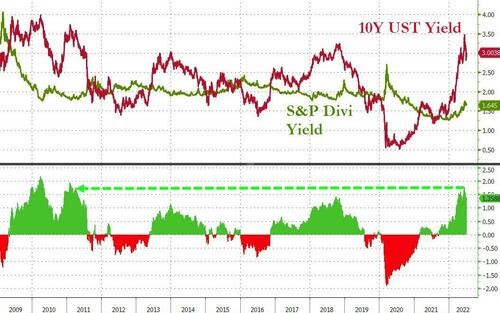 This chart shows you TINA, an acronym of “There is No Alternative,” which is meant to show times when bond yields were so low that the S&P 500’s dividend yield was actually higher than Treasury bonds’ interest coupon payments.

Today, institutional investors can invest in fixed income and get a very attractive yield for the risk they’re taking.

What this means is that stocks could be in a slump for a while longer because if yields come down, the markets also believe earnings are still inflated, which means that both stocks and bonds are overvalued.

In this environment, brokers are dealing with margin calls. To give you an idea of the extent of these, I asked my own boutique brokerage firm that deals with accredited investors. As I was asking a junior trader about it, he told me the senior broker was actually on a margin call as we spoke.

Gold served as a hedge, and now that October 15th is approaching, the final deadline for paying 2021 taxes, investors are selling anything that has held up in H1 in order to remain liquid.

All of these together are still nothing compared to the real issue: USD’s strength.

The Dollar Index roared for the fifth week in the last six, and it is now as strong as it was during the March 2020 panic! 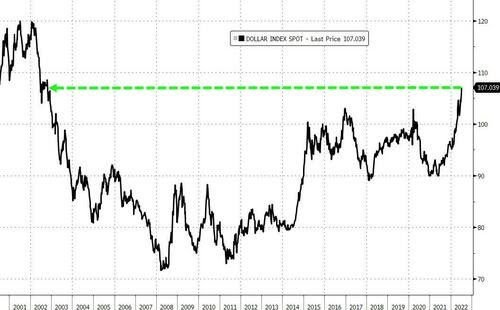 Think about what’s really happening here. For the first time since central banks changed the rules of the game in 2008 by becoming major buyers of bonds and mortgages and deliberately lowering interest rates to artificially-low ZIRP and NIRP policies, we have no central banker in the world that is dovish.

Inflation is out of the bag, and Wall Street understands that it would be politically impossible to be dovish in today’s world.

Therefore, the dollar’s strength projects the notion that we are moving from hyperinflation (in American standards) to disinflation.

The money supply will contract, less mortgages will be originated, and less corporate debt will be issued.

Gold is falling because the dollar is becoming scarcer.

We believe this process will end within 90-120 days, with gold puking one final time before forming its bottom.