The FED will cut rates in weeks, the E.U. will begin a new round of quantitative easing, and the world, including the U.S., is headed to negative interest rates becoming the norm.

Debt… China, the U.S., the E.U., this entire boom, recovery, retardation of an economy, whatever you want to call it, it’s all fueled by deficit spending both privately and by governments worldwide.

Owning some physical gold is a must, in my opinion; it’s step one to protecting yourself and family. Think of the yellow metal as an insurance policy or real money (which it is).

There’s so much to be said about this chart, but not today. Let’s just go over our current 2019 gold and silver suggestions.

Aside from the physical metals, we’ve also suggested a few mining shares.

Now, I’ve put them all in the speculation category because we are buying them in anticipation of them increasing in value – these are NOT cash flow investments.

In case you missed it, we’ve put out sell alerts for the following suggestions, not because they aren’t great companies, but in order to lock in some early profits as we look for new opportunities to participate in what we see as a multi-year bull market in gold that started in the spring of this year.

***By the way, if you think you’re late to the party, don’t worry because it hasn’t even started.***

Check out the ETF outflows for the GDX – it’s been negative every month this year!

We’ve already seen some fairly large profits in just the past few months, and that’s without any real interest from the mainstream retail crowd, which is coming. The institutions are barely starting to get in!

We like producers because as the metal price rises, they are able to see maximum upside in profits since the costs may not increase at all.

We also love gold hoarders: development companies that have a lot of gold ounces in the ground.

Check out our newest one from January, Sandspring Resources (TSXV: SSP & US: GLDXF), which ran up 156% from May to August on this recent move in gold.

It’s sitting on the largest gold deposit in South America held by a junior. 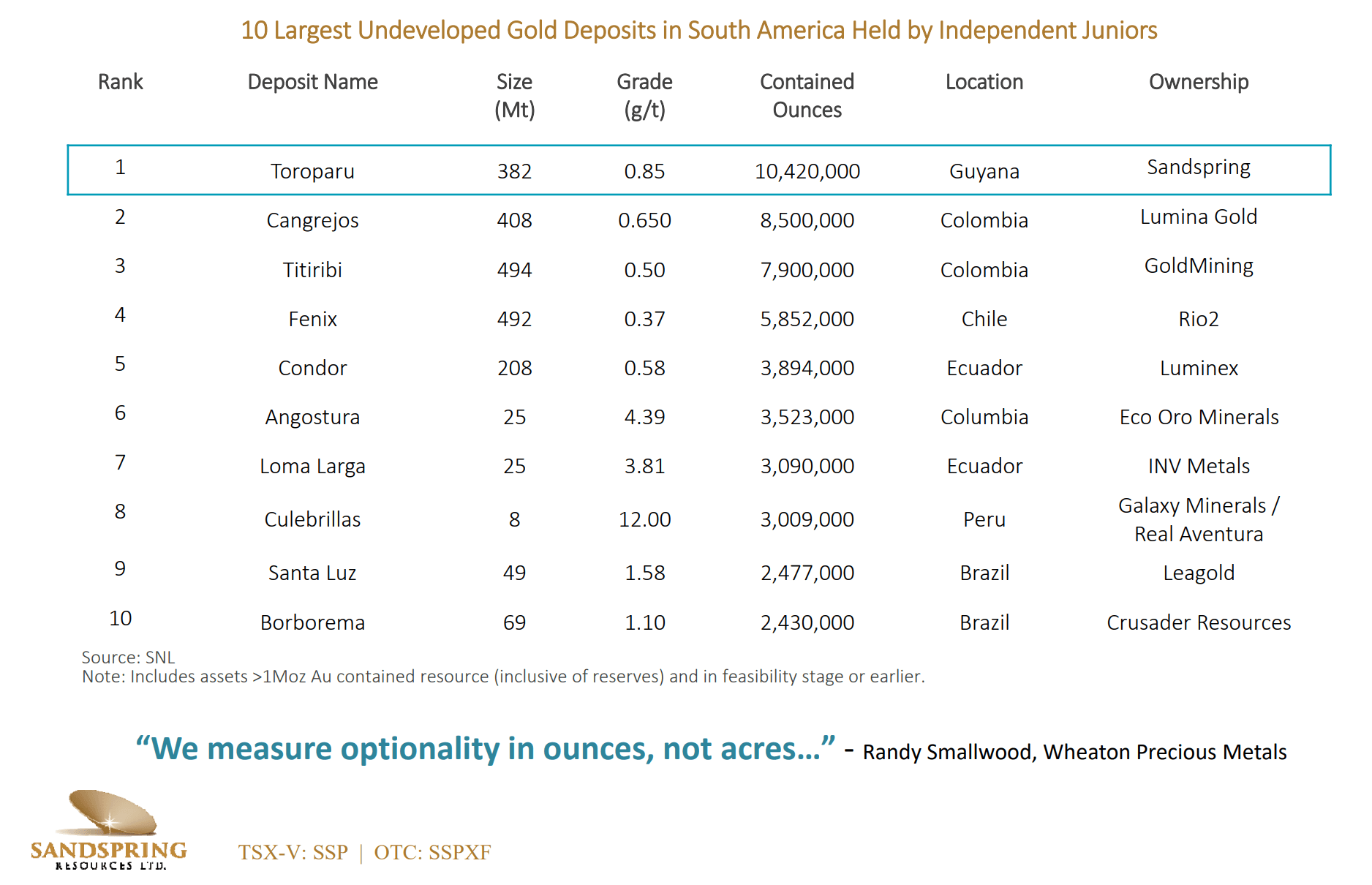 Its market cap has been as high as CAD$450 million. Today, it’s barely CAD$87 million!

When we profiled it, it was under CAD$50 million.

In my opinion, this one could have more potential than any other company I’ve profiled. I’ll have more details for you on it soon.

Looking for other good suggestions on this pullback?

Consider adding these to your portfolio:
***First Majestic Silver Corp. (NYSE: AG), the purest primary silver producer on the planet.

***Marifil Mines (TSXV: MFM), a very high-risk/high-reward play, but to be honest, the exploration business is where I’ve personally seen some of my biggest gains.

***First Mining Gold (TSX: FF), with an extremely high-quality gold portfolio and one of the best managers I’ve ever encountered.

There will be more coming, as this gold market is a rare opportunity.

Luckily for us, not very many people are seeing this yet, so we still have plenty of time to position ourselves in.

Editor’s Note: Prepare for Shock and Awe in the Gold Market!