At 05:30 AM PST this past Friday, I was looking at the data as it came out. The all-important CPI numbers for November were published and I wanted to see two things: (1) what the market will do, with an emphasis on the NASDAQ, and (2) what precious metal buyers and sellers will determine regarding this print.

In the Trump years, when CPI numbers were really low, unemployment was at its lowest in decades, and the stock market was doing better than most other presidents, Americans had very few economic and financial concerns on a national level.

Biden came to office, and a few days afterward, the vaccine emergency use authorization was approved. We saw euphoria leading up to the January/February meme stock fever, married with some of the highest levels of supply chain constraints and inflation data in the past 40 years! 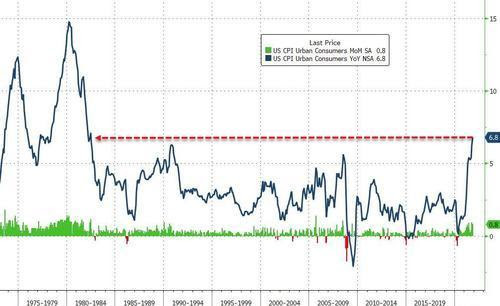 As you can see, last Friday’s CPI print is the highest since 1982, but back then, the trend was down hard. Today, the trend is up in vertical form. If anything, it reminds us more of the line on the far left heading up, but there’s little reason to assume that it’s going towards double-digit CPI numbers in the coming months.

The FED used to emphasize that core CPI is low, which is what people that live on Earth have an issue with because it excludes the real-world expenses we make, so there’s no inflation, but even that one is running at 4.9%!

Even if we exclude food and energy, the effective stealth inflation is 4.9%, and that is a lot because you’re getting taxed on your savings and you already paid your taxes on those, so it’s essentially double taxation. 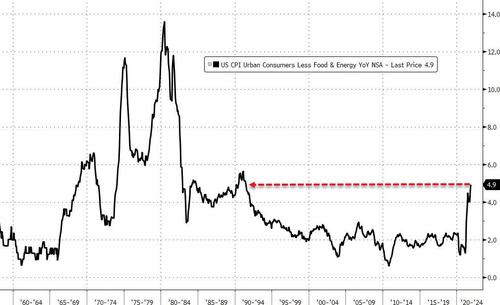 Why is this happening? For one, the amount of currency creation that went straight into the real economy via loans and bond-buying that allowed governments to spend is ridiculous.

HOW MUCH HAVE CENTRAL BANKS SPENT?

· The Bank of Japan offered business loans sufficient enough to reverse every bankruptcy and save any business that has gone under since 2003.

· The Bank of Japan owns 50% of the country’s government bonds and its balance sheet, when it comes to bonds, is nearly double the country’s GDP. That’s the most insane statistic I’ve ever seen in my life. 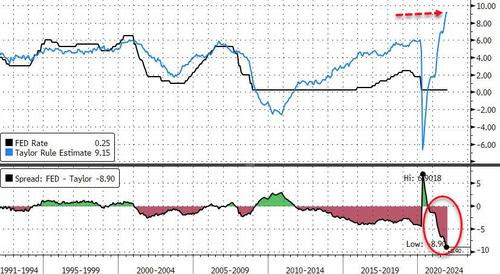 John Taylor, the economic advisor to several presidents, used a formula that many central bankers studied and have implemented over the years. If it was applied now, the FED Funds Rate would not be 0%, but 9%!

Our times are unprecedented in terms of inflation, and people feel it in rent costs, home prices, groceries, outings, and bills, and I think the illusion is that wages are keeping up with this.

As you can see, wages cannot and are not: 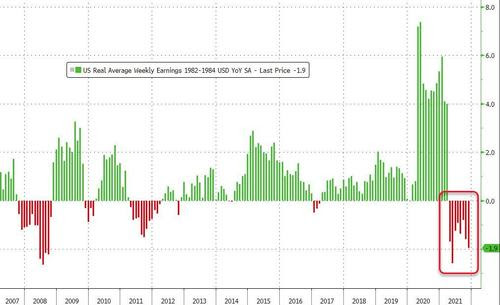 If we sum up these past two years since all of this began, I can do it in two words: UNFAIR.

The inflation that most people feel is real-world, and it is confusing, disgusting, and devastating.

It has come out of nowhere, and it has come quickly.

The rich, on the other hand, have seen real estate and stocks boom, and the inflation they feel is positive. 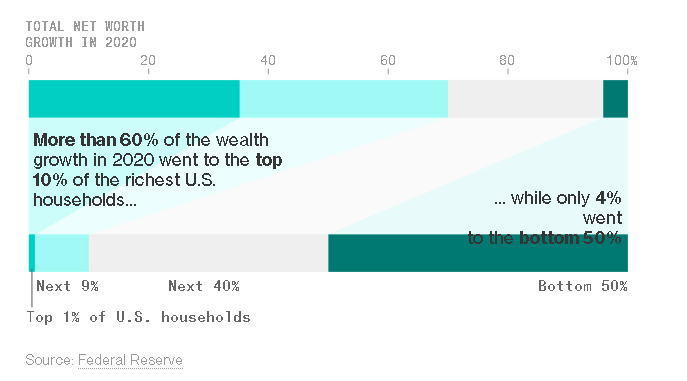 The rich won a huge score, courtesy of the fiat monetary system.