This Wednesday, the FED goes under the magnifying glass in what could be the most crucial FOMC meeting in decades!

It’s not often that Jerome Powell has to stand in front of Wall Street and the nation without excuses or finger-pointing to admit that his best efforts are failing.

Justifiably, he will say that the war in Ukraine is out of his hands, a multi-year shortage in housing is not of his doing, worker shortages aren’t his fault, and the FED has no say in matters of regulation, taxation, and foreign policy.

Basically, the FED is in charge of setting interest rates and draining the system of debt and credit when there’s too much of it.

These two levers are meant to influence the behavior of both entities and individuals by making them think through their actions.

Raising interest rates lowers the incentive to pile on debt, and selling bonds is meant to lower the artificial demand for government Treasuries.

The FED doesn’t make TX, FL, AZ, and NV offer better business incentives than other states, so it can’t influence the migration surge to them. The FED doesn’t call governors and talk to them about state income taxes, permitting more housing starts, tax incentives for companies to invest in local businesses, and it sure as hell doesn’t communicate with worker unions or legislate minimum wage laws or any part of the employer/employee relationship. 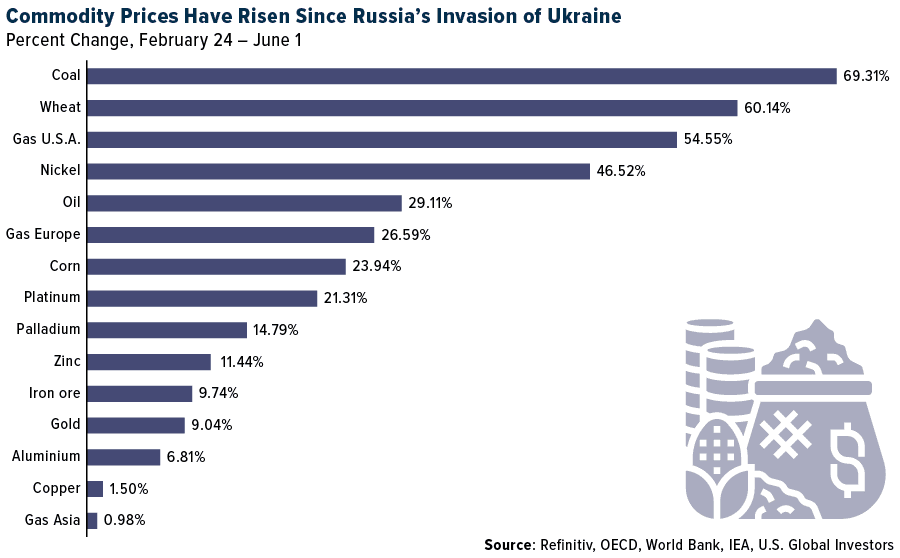 The war in Ukraine isn’t just a local geopolitical event; it proves to governments and leaders around the globe that in the 21st century, after the Americans went to Iraq and Afghanistan, the Russians will also invade foreign countries in order to secure oil and natural gas supplies.

Yes, Iraq and Afghanistan WERE VERY DIFFERENT to Ukraine, but the goal of the army is to help the country it is fighting for and secure energy independence in the 21st century.

After trusting each other for decades and allowing natural resources to be mined and produced in the most capital-efficient, cost-effective region, governments are now forming alliances with like-minded nations and looking within for domestic deposits.

De-globalization is well beyond the reach of the Federal Reserve; there isn’t much they can do to stop this trend.

Therefore, despite their aggressive talk and actions, inflation isn’t stopping at all! 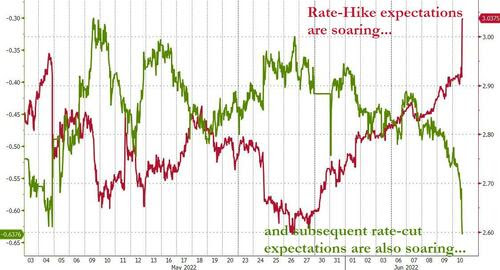 On June 15th, the FED must address this matter of inflation and its failure to slow it down, and I want to explain why the gold trade could be tricky.

Paul Volcker, who was one of the most hated chairmen of the central bank, doubled interest rates overnight from 10% to 20% in order to match interest rates to CPI and stop inflation cold in its tracks.

Essentially, this would mean that Powell would TRIPLE rates in the next two meetings to 6.75% and bring the global economy down with him.

Inflation would cease being an issue, and we’d be facing the worst depression in 90 years…

We don’t believe that will happen, so what are we expecting? For one, inflation is no longer a problem the government can outsource to the central bank because people are pissed at Biden. This is the lowest reading ever for the University of Michigan consumer survey: 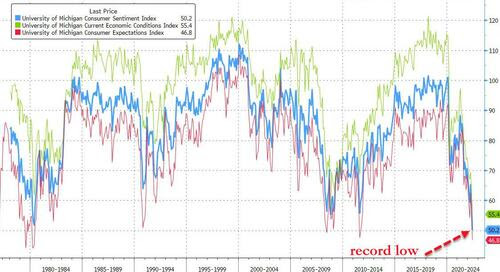 So, why is this gold’s most critical moment?

By NOT increasing the aggressiveness and severity of its actions (raising rates by 0.50% and admitting the government must do more), Chairman Powell is hinting that he will not allow a recession to occur Paul Volcker-style.

If that is what the market reads, gold could TAKE OFF since the inflation story won’t stop for another year or two and companies aren’t prepared to combat it.