INFLATION TIDAL WAVE: Grab Gold – While You STILL CAN!

There’s no doubt in my mind that COVID-19, from the standpoint of WHALE INVESTORS, will be seen as the most important WEALTH-GENERATING time capsule of the 21st century. Not only are ALL governments and ALL central banks working IN TANDEM for the first time in history to confront a problem, but the money supply INCREASES and the wildfire mentality that authorities are undertaking is BREATHTAKING.

On Tuesday, we published an EARLY WARNING letter detailing that round 2 of the sell-off would begin in a matter of hours, and the markets have NOT SPENT even one second in the green since – it’s been SELL, SELL, SELL.

Working closely together with our corroborating MEGA-TRADER, I’ve been able to pinpoint short-term swings and watch as he calls SENTIMENT changes as if he’s wired to the brains of millions of decision-makers at the same time.

One thing that we’ve seen in ALL previous market liquidation events is that after an earthquake, there are always tremors: 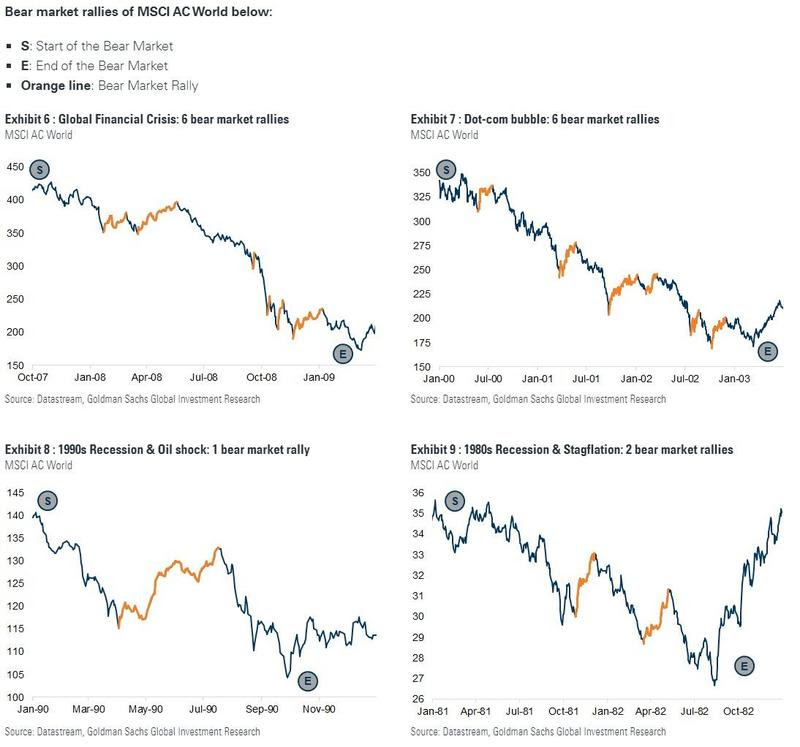 When comparing our COVID-19 bear market, which took only 16 DAYS to occur, a record low compared to previous ROUGH STRETCHES, we must understand that the forced selling was due to the most OUT-OF-THIS-WORLD panic and prices went down by -35%. That’s nothing to be ashamed of – it’s a big drop.

In this case, it was LIGHTNING-FAST and out of the blue for most. After all, in December 2018, markets had dropped by -19.8% in one month as well, so going through another bear market seemed ludicrous.

Since these lows, we’ve seen a more than +20% RALLY, which marks the fastest bull market RESUMPTION ever!

Mirroring the 2007-2009 recession, the charts PLOT eerily similar thus far because these SHARP bounces aren’t rare at all. 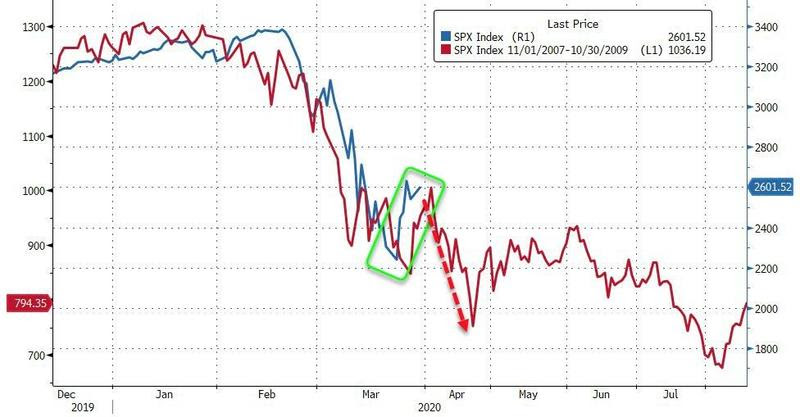 In times like these, the BIG MONEY is made in the options market because the PREMIUMS are amazing and valuations are OBVIOUSLY cheaper than one month ago.

In all of the past century, there has never been a period of time that displayed a similar level of volatility aside from the Great Depression.

I want you to keep in mind that back then, the circumstances leading up to the SELL-OFF and eventual collapse of the American stock market were drastically different.

We have made this MEDICAL emergency a financial one by acting responsibly and enacting social distancing, quarantines, and lockdowns, but we cannibalized our businesses.

This is a global meltdown, not a national one. The response is, quite frankly, MUCH BIGGER than most predicted.

What an unprecedented chart: 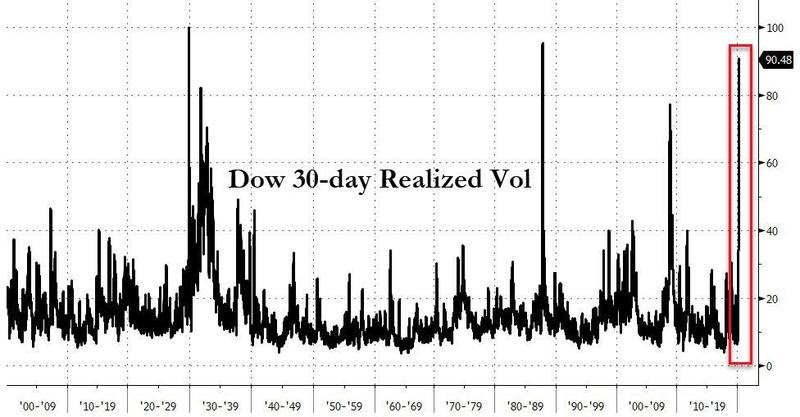 For stocks, this was a DISASTROUS Q1. I’m absolutely convinced that clients are putting IMMENSE pressure on their fund managers to allocate at least 5% into PRECIOUS METALS right about now.

GOLD was one of the only asset classes that has finished this past quarter in the POSITIVE REALM.

COVID-19 is NOT some passing pandemic that comes and goes, leaving people’s habits unchanged.

Both from a personal standpoint and an investing one, this has been an EVENT that causes everyone to look inside and to consider how to behave and how to perform going forward. 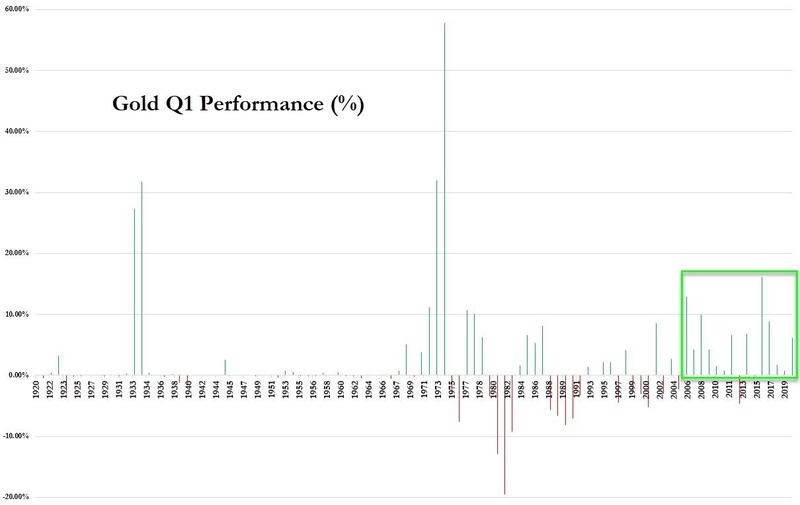 By going on 60 Minutes and telling the host that the Federal Reserve has an UNLIMITED checkbook and an unending arsenal of tools, President of the Minneapolis Federal Reserve, Neel Kashkari, set a dangerous playground for investors to trade in.

The boundaries between private businesses and government intervention are blurring.

Big business is being bailed out while small businesses get LEFT FOR DEAD.

This system is going to lead to worldwide revolutions as it crumbles.