It’s Set In Motion and Can’t Be Stopped

What’s already been set in motion cannot be stopped.

You and I are witnessing the endgame of an economic experiment gone horribly wrong, and it’s not fixable or reversible at this point.

It’s not just that central bank policymakers can’t fix it – which is certainly true – but they don’t want to fix it because that would involve a massive admission that central planning has been a spectacular failure for humanity.

***To work through the severe imbalances they’ve caused, they will one day force the world through a nasty economic depression, one that will never be forgotten in human history.***

As an individual, you won’t be able to prevent the reckoning on a national level, but you can at least protect yourself and your family.

The last thing the globalists want to admit is that they’ve engineered $23 trillion in U.S. debt and $250 trillion in global debt, not to mention $17 trillion in negative-yielding bonds. Paul Volcker, the last Federal Reserve Chairman to actually recommend fiscal discipline, recently left us but issued an urgent warning to America and the world three months before his passing.

What he told us is this: “How we respond will determine the future of our own democracy and, ultimately, of the planet itself.”

The notion that central bank policy threatens our freedoms and our very existence is no exaggeration.

A civilized society cannot sustain itself if debt spending and rampant consumerism, rather than productive output, continue to underpin and drive the economy.

Sure, this can and likely will allow the economy and equities markets to persist in the short-term (a melt-up and Dow at 50,000 are coming).

Incessant money printing can temporarily cover the mounting costs of entitlement programs and interest payments on the debt, which will reach nearly $400 billion in fiscal-year 2019 alone: 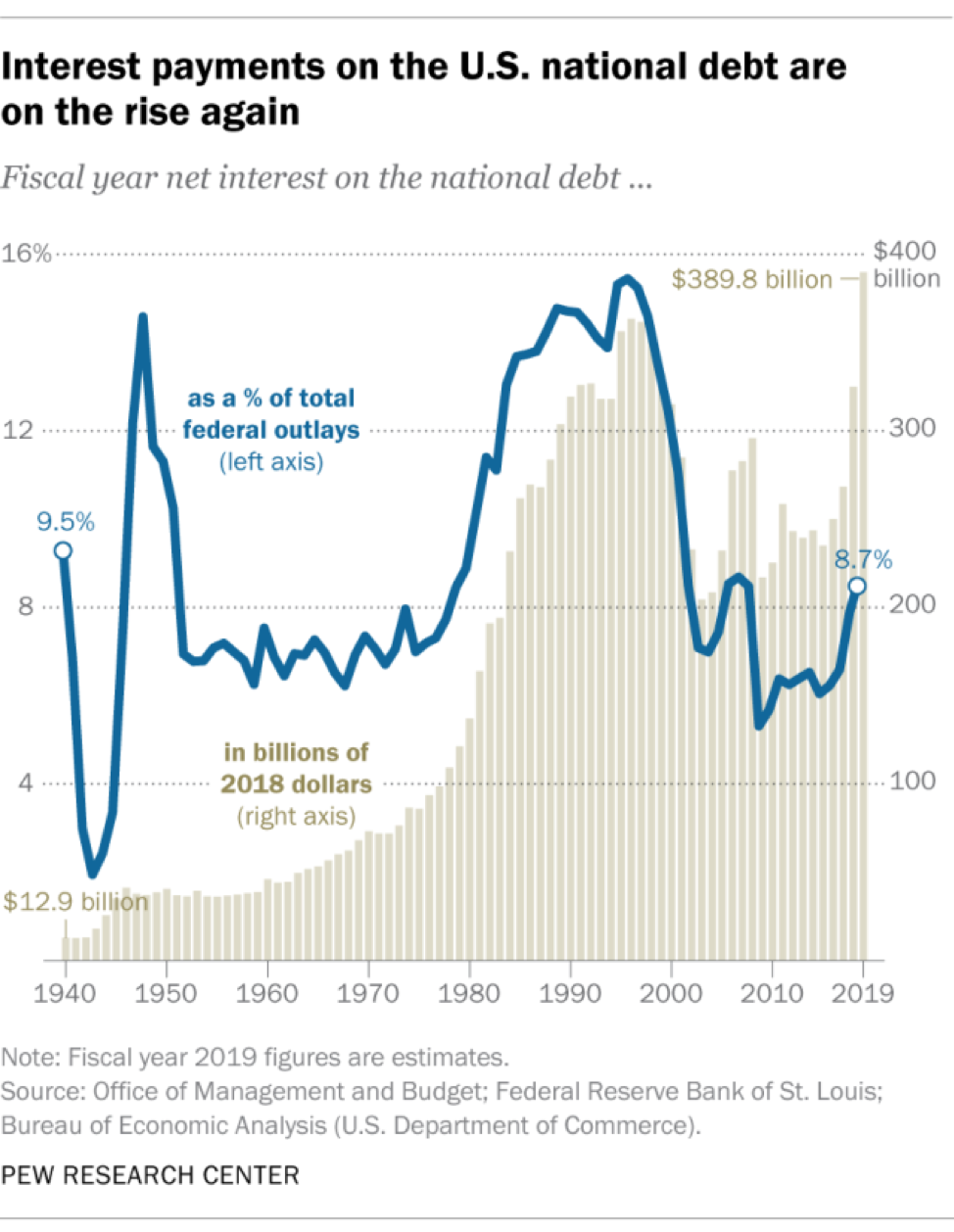 Other major world economies, including those of China and Japan, are also mired in debt, and they’re also struggling to amortize the interest payments, not to mention the principal.

The only thing saving us from a dollar collapse is that there is no better alternative.

There’s gold, of course, but that’s a nuclear option for all central banks and governments because gold’s too honest.

They’ll all continue to buy up each other’s debts and attempt to pump global equities higher. 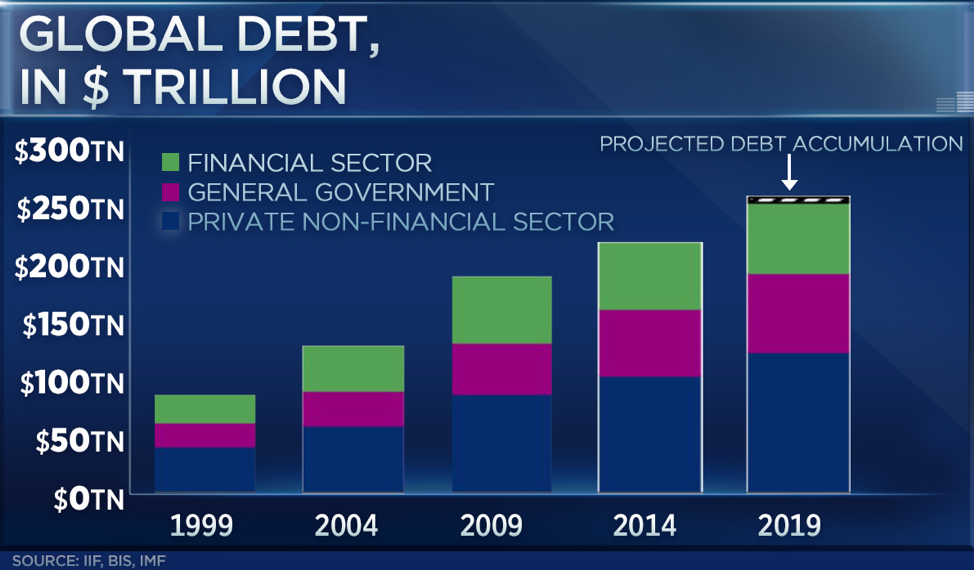 Recommendation: a position in non-correlated assets, and particularly precious metals, can protect and enrich you when a corrupt, reckless central bank system implodes.

When will this happen? I don’t know when the implosion date is, but I think we are living in the end now. Whatever is going to happen, everyone reading this will be alive to experience it.

Be prudent and disciplined – now is NOT the time to be greedy, especially in U.S. equities.

This work is based on SEC filings, current events, interviews, corporate press releases and what we’ve learned as financial journalists. It may contain errors and you shouldn’t make any investment decision based solely on what you read here. It’s your money and your responsibility. We are invested in every idea mentioned in today’s letter, we will not sell any investment mentioned in this letter for thirty days of any email or article mention. All of the ideas mentioned today are longterm ideas, and we have no intentions of selling for the next several months. The information herein is not intended to be personal legal or investment advice and may not be appropriate or applicable for all readers. If personal advice is needed, the services of a qualified legal, investment or tax professional should be sought.