KISSED THE CANVAS: SILVER STORMS BACK!

While I spent a few days in Las Vegas two months ago, the UFC held an event at the T-Mobile Arena. It was UEF 264, and we had tickets in the vicinity of former president Donald Trump, famed Instagram star Dan Bilzerian, former Victoria’s Secret supermodel Adriana Lima, the Dallas Cowboys owner, and several NBA all-stars, like Paul Pierce.

I can tell you now that the atmosphere is almost like in gladiator times in Rome; there’s violence in the air, and I felt on edge.

Because of the proximity to the ring, I also heard the knuckles and the punches. It was brutal.

The first fight of the night was bantamweight, which is a class for fighters that weigh around 60kg (130 pounds). This was the lightest weight class of the night, and one of the warriors was clearly winning, striking blows at the other guy in a manner that would send 99.9% of people to the emergency room! 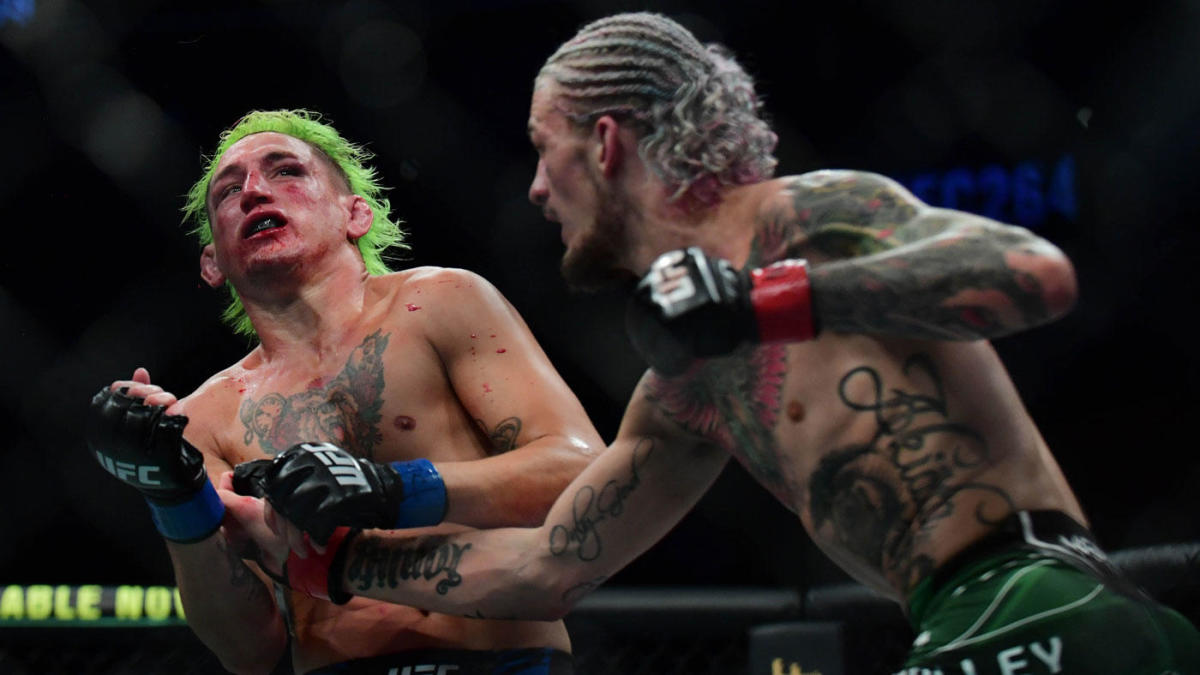 I could hear the bones, the fists, and the pain, and I could see the blood spatters. I was waiting for the referee to call it a technical knockout but kept seeing the dominator sending blows to the head of his opponent.

His face was red! His nose looked broken, and I thought that he was going to go into a coma, but he never fell.

His almost supernatural ability to absorb blows kept the fight alive. I have no idea how he did that.

I was certain the referee would end it much sooner. It was clear that O’Malley was beating Moutinho and making him suffer badly.

I underestimated Moutinho’s resolve and willingness to stay on his feet. It was clear that he had more inner strength and innate capability to stand blows than I gave him credit for.

Silver is taking major blows, yet it is trying to cling to its long-term support at $22.50/oz, and the stock market is attempting to do the same.

It’s confusing to see this, but though the indices are close to their all-time highs, most of the companies have not had a good 2021. Market breadth is weak: 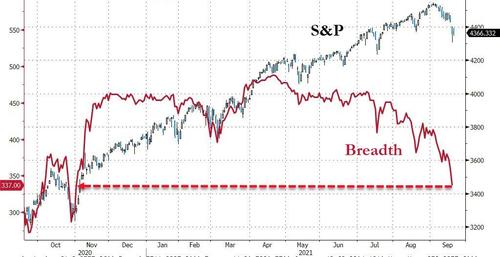 Some people can’t withstand blows and some bounce back quicker and stronger than others.

If silver can erase the losses and start to crawl back up, the confidence this will give traders is enormous.

Silver has taken the beating and still hasn’t completely collapsed, but it is still weak.

It is premature to think about a silver rally. Right now, we just want to see that the referee isn’t going to disqualify it…

With regards to the overall market, while this chart is quite disturbing since it looks so eerily close to 1987, I personally don’t think the market is about to tank. 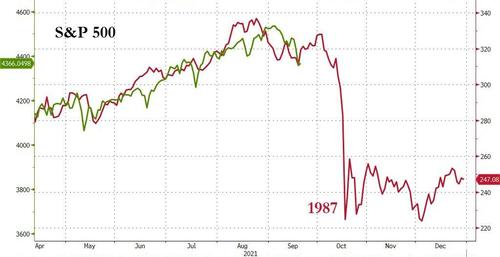 I do think that the sugar rush is over!

If the recovery continues to be this strong, I think inflation will prove far less transitory than previously imagined, and I would wager that we haven’t seen the last for silver.

I still maintain that it could reach $36/ounce in this cycle.