We have just undergone a major inflection point!

The markets have received the most insane CPI and PCE readings in 30 and 40 years, but bond yields are actually trending DOWN.

How is that possible?

Here’s how I think of it; this happened a few years ago, when my wife and I went on a double date with another couple and he was setting the stage for an epic joke. The entire cab ride over from the hotel to the restaurant, he was preparing us for a hilarious joke to tell everyone, which even his wife hadn’t yet heard.

He said that the topic of it is marital life and the relationship between men and women, and how funny it is to listen in on people who have been married for ages, compared with those who are newly-weds.

We all chipped in and began to discuss the issue and before long, we were all sharing experiences and laughing over it.

By the time we sat down and really listened closely to him, we’d all been basically crying of laughter, wiping tears, so he finished his joke and we all just looked at each other with a face of “that’s it?” because we’d already been engaged in it for half an hour on the way in.

The subject has been chewed on so much that nothing can surprise anyone in a meaningful way.

The markets saw hyperinflation in lumber, natural gas, and wheat. The markets endured massive inflation in copper, zinc, oil, coffee and food. The markets have enjoyed stupid gains for cryptocurrencies, Shitcoins and SPACs. The FED has told everyone that it is transitory and then admitted it was wrong; the inflationists have won the war! 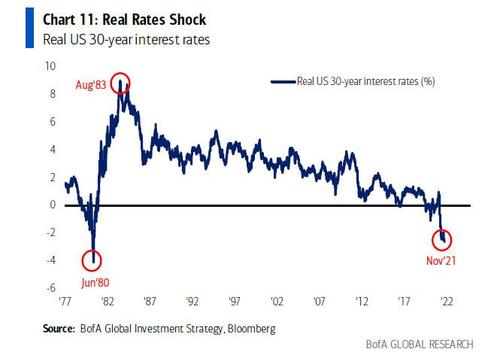 The markets are done playing hyperinflation is coming.

They’ve seen ports get clogged, supply chains completely falter, a massive container ship block the Suez Canal, empty shelves ahead of the holidays, rising wages, more job openings than unemployed people, and more politicians capitulating on large spending programs than at any point in recent memory. The message is clear: If you’re afraid of inflation, it’s here, so price in the worst and position.

Bond yields are – as I was with marriage jokes, even before my friend told me his – all done laughing.

At this point, the markets are figuring out how many rate hikes they project the FED will implement and, from the trading action, they’re not forecasting anything aggressive, since yields are plummeting!

In other words, the markets are saying this: Okay, so wages and rents will keep going up for the next year or two and these supply chain issues will ease, so maybe inflation remains high, but not crazy.  Additionally, the FED can’t raise rates by much, since they’ll be blamed with any recessionary winds we get in the middle of this boom, so even after they finish hiking, rates are still going to be negative in real terms.

These are big assumptions, backed by billions of dollars in trading.

With oil trading this high, the Russian central bank is a buyer of gold again. Even with a dollar breakout, gold looks strong; the trend is in play — gold $2,350 we’re coming! 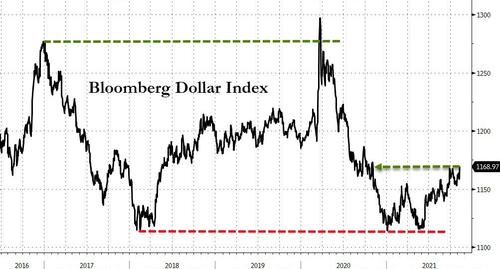