My Top Idea For The Next 12 Months

What really is WARREN BUFFETT’S SECRET? Why has this person been able to amass a fortune equal to the 3rd and 4th largest of all times, WITHOUT EVER inventing anything, WITHOUT EVER innovating in any industry and without coming up with any GAME-CHANGING product or service? Warren’s wealth is ANOMALOUS!

He sits in his office and decides what’s the best place to ALLOCATE FUNDS towards and he does it better than most. In just over 63 years, he’s done so to the tune OF ROUGHLY 19%/year, which compounds FAIRLY QUICKLY, but the whole empire, the Berkshire Hathaway conglomerate, rests upon a fairly simple system:

What Buffett figured out in the early 1970s is that the BEST WAY to accomplish that was to own a particular type of business: INSURANCE. A good insurer makes money TWICE: the first time is the underwriting of the policy and the second time by investing profitably the float, which is the funds it collects as premiums, which never get claimed.

If one pays the insurer and never suffers from a situation that calls upon the policy to pay him, he basically DONATED money to the insurance company!

Buffett owns GEICO and its float is over $80bn, which he can invest, as he sees fit.

Many have attempted to MIMIC MR. BUFFETT’s success, once they caught onto it, but HAVE FAILED. Billionaires and hedge fund managers dissected his system, but couldn’t copy it.

No system works IN PERPETUITY, but no one has tried, UP UNTIL NOW, to mimic Berkshire Hathaway in the gold sector, until the industry’s equivalent to Warren and Charlie, Mr. Serafino Iacono and Mr. Lombardo Paredes, PROVED IT IS POSSIBLE!

The company Serafino founded is Gran Colombia Gold (TSX: GCM & US: TPRFF) and it’s the BEST MINING COMPANY in Colombia, in our opinion! ​

For years, we’ve searched, IN VAIN, for a company that is running and operating a PERFECTLY-PROFITABLE gold mine, low-cost, high-grade and GUSHES with cash flow, but that the proceeds are also WISELY RE-INVESTED.

After all, that’s Buffett’s secret; he allocates the proceeds better than anyone else in the insurance business and he has an ULTRA-PROFITABLE insurer in GEICO. Well, Serafino and Lombardo, Gran Colombia Gold’s (TSX: GCM & US: TPRFF) Chairman and CEO, respectively, own Segovia, one of the top 5 highest grade underground global gold mines.

They’re not only EXCELLENT MINING managers, but are capital-allocators in a LEAGUE OF THEIR OWN!

They’ve used their deal-making abilities and now have a 58% EQUITY STAKE in Caldas Gold (TSX-V: CGC & US: ALLXF), which we consider to be the MOST UNDERVALUED gold miner in Colombia, along with Gran Colombia Gold itself. 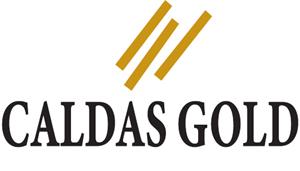 In other words, when one is a shareholder of Gran Colombia (US: TPRFF), he AUTOMATICALLY OWNS a stake in Caldas Gold (US: ALLXF), which aims to increase its production in the next three years by 700%, something no other miner, TO MY KNOWLEDGE, has a prayer of accomplishing anywhere on planet Earth and I’VE LOOKED!

Gran Colombia offers a way to own equity IN BOTH stocks, at the same time. Caldas Gold offers one of the highest growth curves in the gold sector.

CONSIDER BOTH OF THEM!

Gran Colombia (TSX: GCM & US: TPRFF) doesn’t just own half of Caldas Gold, though. It has a 20% OWNERSHIP STAKE in Gold X Mining (TSX: GLDX & US: GLDXF), a company, which I’ve profiled in the newsletter at CAD$2.00, CAD$2.12 and CAD$2.40 and is now trading for close to CAD$4.00, a Company lead by CEO Paul Matysek who has monetized the previous FIVE COMPANIES he has been either CEO or Chairman of, creating $2.8 billion of shareholder value in the process.

By owning Gran Colombia Gold (TSX: GCM & US: TPRFF), an investor INSTANTLY GETS leverage and exposure, as well as diversification, into two additional TOP-QUALITY gold companies, among other things.

It’s like owning a GOLD PORTFOLIO or a boutique ETF in one company; it SCREAMS of potential upside and it offers SAFETY, much more than most gold juniors, which will never reach production!

We are not brokers, investment or financial advisers, and you should not rely on the information herein as investment advice. We are a marketing company. If you are seeking personal investment advice, please contact a qualified and registered broker, investment adviser or financial adviser. You should not make any investment decisions based on our communications. You should know that we have previously been compensated by Gold X Mining for online marketing campaigns that have since expired. We are currently engaged with the company for a fifty thousand dollar campaign that expires in sixty days. We also own one hundred and twenty five thousand warrants that we received via a private placement we participated in last year, the warrants are priced at two dollars and eighty cents. We may exercise warrants at any time but currently expect that any such sale will be ten or more days after the date of this communication.You should also know that we have been directly compensated by Caldas Gold two hundreds thousand dollars and by Gran Colombia Gold three hundred thousand dollars for a ninety day marketing and public awareness campaign. Our stock profiles are intended to highlight certain companies for YOUR further investigation; they are NOT recommendations. The securities issued by the companies we profile should be considered high risk and, if you do invest, you may lose your entire investment. Please do your own research before investing, including reading the companies’ SEC filings, press releases, and risk disclosures. Information contained in this profile was provided by the company, extracted from SEC filings, company websites, and other publicly available sources. We believe the sources and information are accurate and reliable but we cannot guarantee it.