Over the next two years, you’re going to see some major moves into the physical gold market.

The world is going through a paradigm shift with our currency markets, and Ray Dalio put it this way: “if you don’t own gold, you understand neither history nor economics.”

Ray Dalio is literally the most successful money manager of all time!

Sophisticated investors have known for years that gold is a universally recognized store of value and a rock-solid form of money. But with a groundbreaking rule coming from a highly influential Swiss bank, gold’s status as a global form of money is now official and indisputable.

It’s a watershed moment that’s been years in the making, as central banks around the world have been accumulating gold at unprecedented rates.

The numbers don’t lie: the world’s central banks added nearly 23 million ounces of physical gold to their reserves in 2018, up 74% from the previous year, with Russia being the biggest buyer and China also a strong contender.

There’s no shortage of incentive for all this gold accumulation: lack of trust in American fiat currency, inflation concerns, resistance to U.S. economic sanctions, and the ongoing global economic slowdown are valid reasons for these nations (as well as individual investors) to buy and hold gold right now.

While nations and investors around the world have viewed gold as a true and enduring form of money, a new rule coming out of Switzerland has reaffirmed this view in a big way. It’s specifically coming from Basal, Switzerland’s Bank for International Settlements (BIS), which is often referred to as the central bankers’ bank.

Known as “Basel III,” a new BIS rule will take effect on March 29 permitting central banks to count their held physical gold as a reserve asset in the same way they count cash and sovereign debt instruments. In other words, their physical gold will be an asset equivalent to cash and government bonds.

The implications of “Basel III” are supremely bullish for gold, as this event will further legitimize gold as an internationally accepted form of money while at the same time knock the fragile U.S. dollar down from its perch.

For central banks ­– who, not coincidentally, have been accumulating massive quantities of gold in anticipation of an event such as this – the ability to count physical gold as reserve money on their balance sheets will boost fiat inflation, as well as set gold prices up for a sustained run higher against the deteriorating U.S. dollar.

Let’s get in front of this trend – consider buying physical gold.

I personally buy my gold from Miles Franklin, but I also suggest Sprott Global’s options on buying physical gold through their funds or using the Vaultchain application. 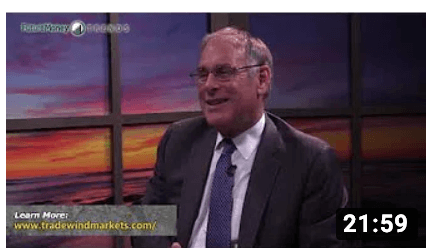 The monumental significance of Basel III has not been lost on Alessandro Plateroti, an Italian journalist from Il Sole 24 Ore, who explains that making physical gold holdings “cash equivalent” and therefore “risk-free” marks “the first ‘reassuring of gold’ since the time of the Bretton Woods agreement. Technicians call it ‘gold remonetization,’ a process that is the reverse of the ‘demonetization’ of gold decided by Nixon.”

Plateroti further noted the historic magnitude of Basel III, saying that “the operation of the BIS… carries the signature of the Federal Reserve, the European Central Bank, the Bundesbank, the Bank of England, and the Bank of France, the G-5 of the great global monetary powers” and suggested that the new standard is “epoch-making.”

You won’t hear much about Basel III in the corporate media, but it’s clear that the new BIS rule will have deep and far-reaching implications for the global economy.

For savvy investors, it’s only further proof that the dollar is on the decline and gold is on the rise as central banks position themselves for an inevitable gold bull run of epic proportions.

Never base any decision off of our advertorials. Future Money Trends stock profiles are intended to be stock ideas, NOT recommendations. The ideas we present are high risk and you can lose your entire investment, we are not stock pickers, market timers, investment advisers, and you should not base any investment decision off our website, emails, videos, or anything we publish.  Please do your own research before investing. It is crucial that you at least look at current SEC filings and read the latest press releases. Information contained in this profile was extracted from current documents filed with the SEC, the company web site and other publicly available sources deemed reliable. Never base any investment decision from information contained in our website or emails or any or our publications. Our report is not intended to be, nor should it be construed as an offer to buy or sell, or a solicitation of an offer to buy or sell securities, or as a recommendation to purchase anything. We have no current business relationship with First Majestic Silver, however, we are shareholders, and have been previously compensated with stock options and forty thousand dollars cash by the company. Those prior marketing agreements have expired. This publication may provide the addresses or contain hyperlinks to websites; we disclaim any responsibility for the content of any such other websites.  Please use our site as a place to get ideas. Enjoy our videos and news analysis, but never make an investment decision off of anything we say. Please review our entire disclaimer at FutureMoneyTrends.com