My View is CONTROVERSIAL

There’s no doubt about it… the global economy is slowing down, war is on, and people are panicking, but what does the fear really stem from?

Several years ago, I attended a business conference where a survey was conducted among the participants about their biggest fears. One of the questions posed was how scary a fundamental black swan event is when interrupting a very healthy business environment years into an expansion when everything is going right.

What many CEOs in the crowd said was that this causes them tremendous anxiety because if a black swan event happens when it’s smooth sailing, it’s an issue since the crew isn’t on point, willingness to roll up sleeves and work after such idle sea conditions is low, and everyone just wants the alcohol to keep flowing and the sun to keep on shining.

In other words, when things are bad, people have a survivalist mindset and are ready to fight hard, but when major issues happen to an army that hasn’t gone to battle in ages and inherited peace times, it becomes a problem.

Even though we see the markets in total disarray, Future Money Trends is taking a truly controversial outlook that this is ALREADY part of the recovery!

When economies recover, it often feels as bad as the recession at first, and the recession feels like boom times because we’re always looking backward at incoming data. My point is that even though it hurts and the markets disagree, history proves the markets are DEAD WRONG when it comes to pricing major paradigm shifts.

If anything, markets OVERREACT and drop far below what’s deemed equilibrium because they’d rather be on the safe side. 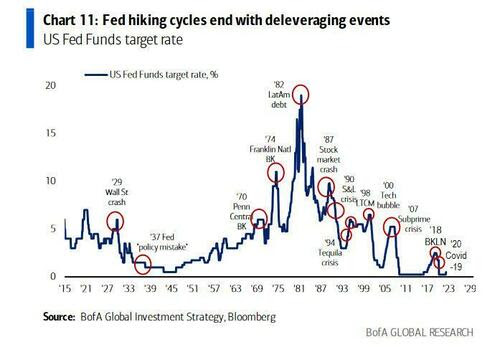 The world’s longest-standing bull market and the one economic condition that all decisions are made based on is that government bonds don’t offer market-beating interest rates.

For many years, the possibilities investors have had to collect interest payments from the government have been cast out… why invest in bonds when stocks can outperform them easily?

For the first time in over 15 years, bonds are attractive again.

With cryptocurrencies collapsing and flirting with 2017 prices, it’s obvious that the distress levels are reaching epic proportions.

Throughout last year, the FED did nothing! The government did nothing! No one warned investors that they were playing with fire, and I can tell you that’s when the recession seeds were planted. Today, with this panic that is sending the S&P 500 into bear market territory and cryptocurrencies back to Earth, this is the reality sinking in… we are recovering from collective blindness.

Tomorrow, Chairman Powell will either calm the spirits and reiterate that the FED is acting wisely or panic and make hawkish warnings, but…

What’s really important is what WASHINGTON does because it’s doing NOTHING right now! 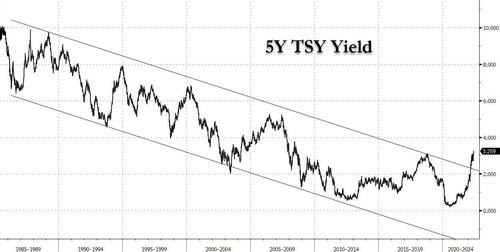