We Can’t Explain It

At this point, after decades of publicly ridiculing witnesses of sightings that were unexplainable and deliberately poking fun at and acting sarcastically and cynically towards reliable accounts of encounters, the government is finally admitting that they cannot dismiss or disregard the body of footage and film showing UAPs (unidentified aerial phenomena), especially with pilots being the ones that are bewildered by what they’re seeing.

I’ve watched hours of film and footage, listened to highly-acclaimed squadron leaders in the U.S. Navy giving their eyewitness accounts and I’m very intrigued by it all.

First of all, what’s interesting is to see how human behavior is the same, to a large degree, when confronted with something you’re not used to or have no idea how to react to; you’re looking for a reasonable explanation and when one doesn’t suffice, you’re perplexed and obsessed with the whole matter.

This is how pilots felt after they saw flying objects, which can reach 600-700 G’s (Israeli pilots train on how to stay conscious at 10 G’s, for reference), evade all known radar systems, enter waters and come out and have no exhaust plumes.

There are only three real explanations to this:

Any of these three are rather scary, in general, but now that they’re out in the open and with experts dismissing the likelihood that these American-made, you’re left to wonder what this means. 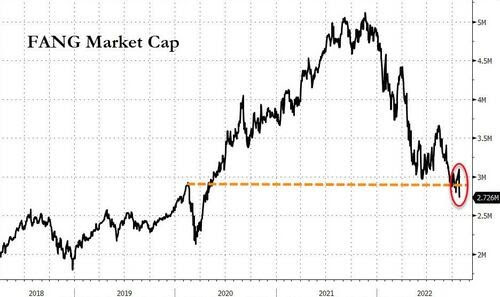 For close to a decade, thinking that the FAANG stocks and that Microsoft could go down or disappoint was as preposterous as thinking UFOs exist, before the Pentagon came out and acknowledged it, but after 2022, the companies that have led the global markets for 13 years are, all of a sudden, fragile and vulnerable.

Just like UAP’s are now talked about and aren’t taboo, so are conversations and debates about the future of companies, once regarded as invincible and immutable.

Throughout 2020, real estate was also regarded as the ultimate safe haven, with Americans looking to move into their own home, with the health concerns pushing households to purchase their own place, but now housing prices, perhaps for the first time in American history, are purposefully seeing the central bank cooling it off. 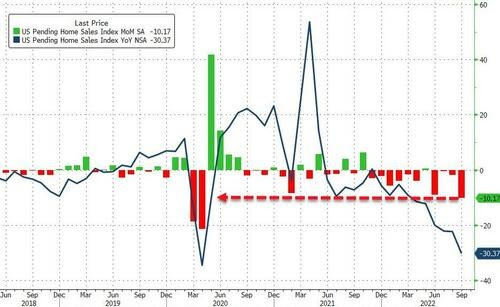 Just like you can never put the UFO genie in the bottle again, so you can’t put the Zero Interest Rate policy back in, after it has been blamed as the instigating fuel of the inflationary fire, so we must understand that the paradigm of growth companies have changed dramatically. 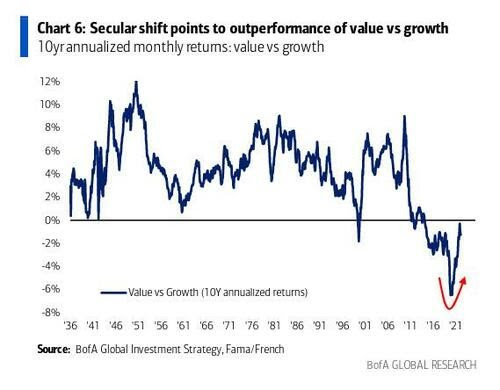 So, what are we left with? The truth is that what’s over is not growth investing, but the patience and the financial viability of investing in a company that favors revenue growth over the bottom line for a timeframe that’s too far into the future.

Investors have choices and what this means is that companies that are growing will balance their revenue model with a profits model.

If you think about it, this will make many companies, which were just too expensive for years, become attractive.

It will also shuffle and sift between the growth companies that are durable businesses from those that operated, solely thanks to a constant flow of funding that was given to them, as the alternatives were fewer.

Interest rates at normal levels will make the world more affordable, but it will make jobs less plentiful.

Welcome to the new economy.