The second Quad meeting took place in May 2022. Quad is short for Indo-Pacific Quadrilateral Dialogue, an organization whose members include the United States, India, Japan, and Australia. The countries of South Korea, New Zealand, and Vietnam are members of the Quad Plus, and we believe Biden and his successors as president will continue to strengthen commercial and military ties with these nations since they hold the key to restraining China.

On the other hand, China isn’t forming any alliances with countries surrounding the United States such as Canada, Mexico, or the Central American countries.

Cornering China is essential to the security of America, and we believe that 2023 will be a crucial year for it, which is set to grow far more than the U.S. economy.

2023 could be China’s year to shine, and while the U.S. is doing anything in its power to move supply chains and manufacturing capabilities and advantages away from the Chinese and into the hands of Vietnam and South Korea, the Chinese are fighting this tooth and nail by reopening their economy regardless of the virus!

While China is growing again, the U.S. economy is predictably slowing in line with what the FED actually wants. You can see how consumers are starting to really embrace the power of the FED’s interest rate policies to shape a reset and a mean reversion in equity returns and job expectations. 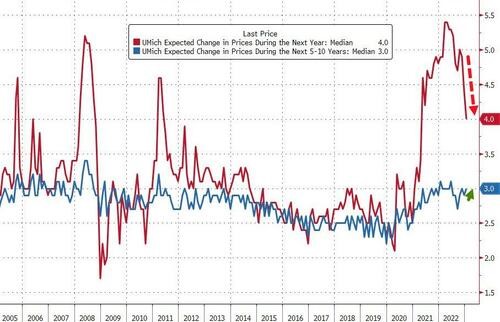 This is an encouraging sign, but as you can see, in the 2008-2011 recovery, inflationary expectations were volatile and all over the place as well.

In my childhood, we used to do a lot of camping. When you put out a fire, you can’t just trust that it will die on its own.

Left to its own demise, the fire may not die for hours, and I can’t tell you how many forest fires start with just a little bit of wind carrying a few flames to a nearby tree or pieces of wood.

The Federal Reserve can’t afford to have that happen on its watch, so it will not finish until the fire is out and all of the people have gone home, so to speak. 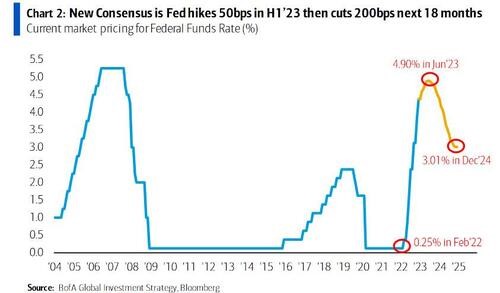 This new consensus is definitely not what the FED is telling the market. It won’t give an inch before it has to.

This environment is perfect for gold since it is bad for the dollar.

Inflation is far more systemic and lingering than anyone first realized, and it is shifting the global appetite from growth to value.

Since value has not fully emerged yet, the world is shorting stocks and hedging inflation until further notice.

I spoke with my hedge fund manager over the weekend, and his bottom line was that the world is showing signs of readiness for higher interest rates, so while more layoffs are probably still in the pipeline, it seems that most of the pain is priced in.

Therefore, I will be releasing my entire portfolio strategy for 2023 in the coming days. Be on the lookout for that!