Governments and central banks are making A JOKE out of cash. Most people are living paycheck to paycheck or, AT BEST, have savings equal to 90–180 days of expenses, so to them, CASH IS KING because they have none, but if you’re an investor, cash IS DEAD.

Governments and central banks are SCREAMING AT the markets to steer clear of cash; the entire system is designed to signal that fiat currencies are not PURCHASING POWER preservers, but simply government-mandated mediums of exchange.

Nothing shows the NEGATIVE IMPACT of the debt bubble on the real economy more than the chart of Berkshire Hathaway’s stock price compared to gold’s spot price.

Berkshire Hathaway owns insurance, railroads, banks, low-tech, and furniture, among other holdings and it has nothing to do WITH GROWTH companies, save for owning a large stake in Apple Inc., but that hardly counts since it began positioning in it just a couple of years ago.

Main Street, the real economy, has BEEN PULVERIZED as well by the slashing of interest rates and the fueling of the bubble economy. 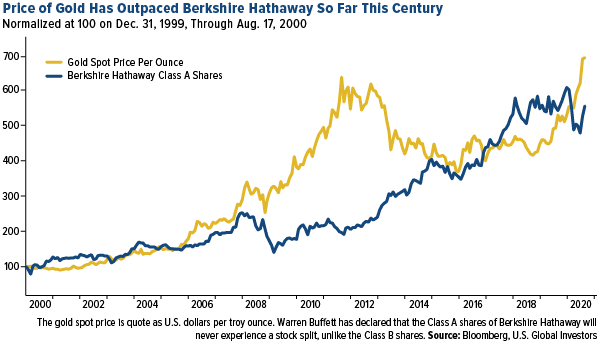 Buffett is operating UNDER THE ASSUMPTION that current conditions can’t last forever, which they can’t, but they can LAST FOR DECADES, and they are. No one could have imagined interest rates staying so low for so long.

Just 12 years ago, had anyone gone ON RECORD laying out how the global economy would be in 2020, not ONE IN A MILLION would have been able to come even remotely close to envisioning this scenario.

This is why beating the S&P 500 is SO DIFFICULT.

Most investors just can’t BRING THEMSELVES to believe that owning equities through thick and thin works, but reality keeps proving otherwise.

Emotional reactions to PRESENT EVENTS are so strong that panic and greed fight each other, and it’s not an EASY BATTLE to win.

This is why I “live” markets; I hold onto no particular opinions if they’re outdated, and my biggest fear is that I don’t breathe the SAME AIR the markets do. My message is that one must be constantly evolving in order to STAY ENGAGED. 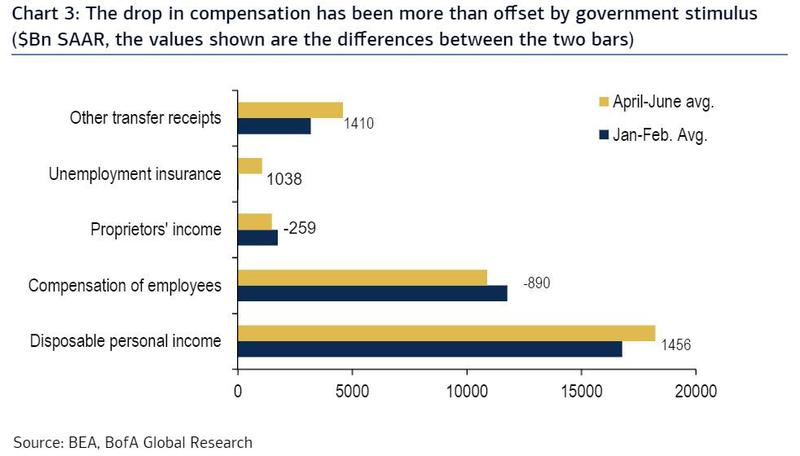 Who could PREDICT IN ADVANCE that governments would be able to print trillions in new currency units without causing COMPLETE DISTRUST in the system?

Predicting is impossible, while quickly reacting to realities is ARTWORK.

The powers that be have put so much money in the hands of the average person that the recession was VERY QUICK and the whole debate now surrounds what it will do next. If the stimulus packages keep coming then we’ll have one outcome, while if the government sets the THROTTLE ON IDLE, the next year will be hard to stomach.

Predicting is impossible, while REACTING QUICKLY is the science of proper diversification. 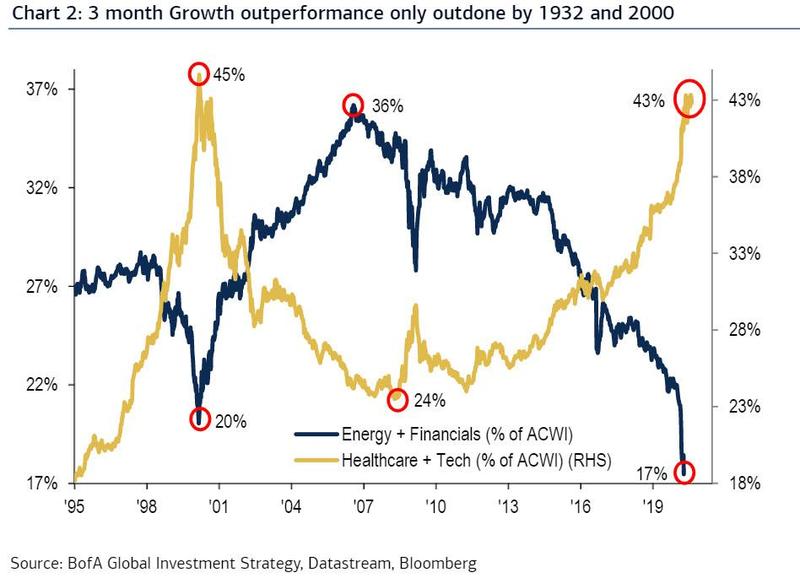 As you can see above, there’s AN ENORMOUS trend in play, with tech being the GREAT BENEFACTOR of the past decade in terms of market returns.

Can the winds of change reverse this and bring a decade of VALUE INVESTING back when P/E ratios matter?

There’s no way of knowing, but what is clear is that stocks, as represented by the S&P 500, are mostly down in 2020, save for the BIG FIVE.

This is a STOCK PICKER’S heaven, so we issued our THIRD WATCH LIST.

On top of that, we’ve found an incredible opportunity in a sector that has MASSIVE UPSIDE and can serve as a diversifier, while gold remains our top focus.

We’ll be PUBLISHING CRITICAL DATA on it this week, so stay tuned!