Inflation Has Reached a Low

Last week was one of those unforgettable stretches. The level of helplessness in the markets was unbearable. In one day, Tuesday, investors determined that they’re not taking any chances and the sell-off began.

Feeding on itself, it kept on building up more self-perpetuating force and reached a pinnacle when the Dow Jones, NASDAQ, and S&P 500 entered official correction territory.

As a group, stocks were EXPENSIVE going into this. I’m not trigger-happy on most of them even after the pullback, nor are others, including hedge funds, it seems.

Share buybacks are STILL the most dominant bull in the game. Hedge funds and professionals are not the ones bidding prices. Retail investors, which felt confident for the first time in ten years, were the happy campers until Tuesday arrived.

Since then, their eyes have gotten DARK – black like the moonless night in the desert. It will take them several weeks to return. 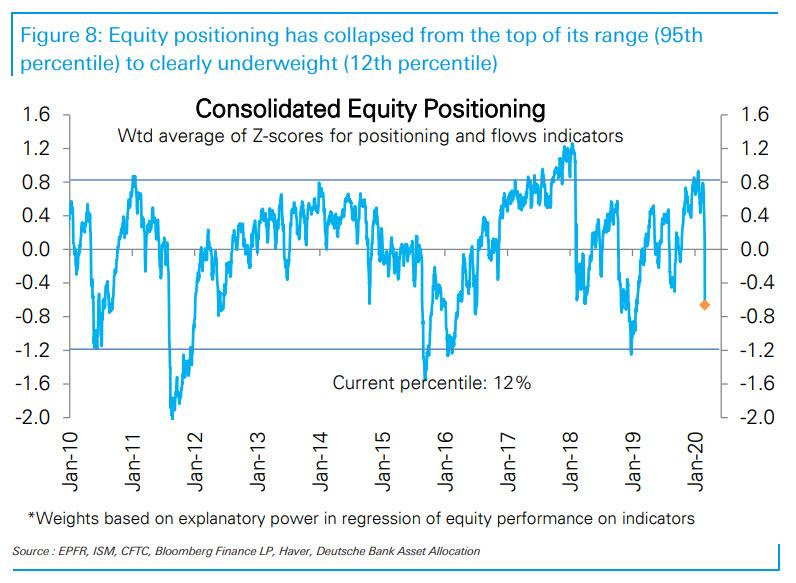 This normally marks the end. As I said on Sunday, when gold PUKED and margin calls were up in the air, the coast looked clearer for the Monday bounce we had yesterday.

What everyone is whispering in their heart of hearts are two matters:

These two issues are the burning topics that confuse the smart money, and we’ll have our answers. 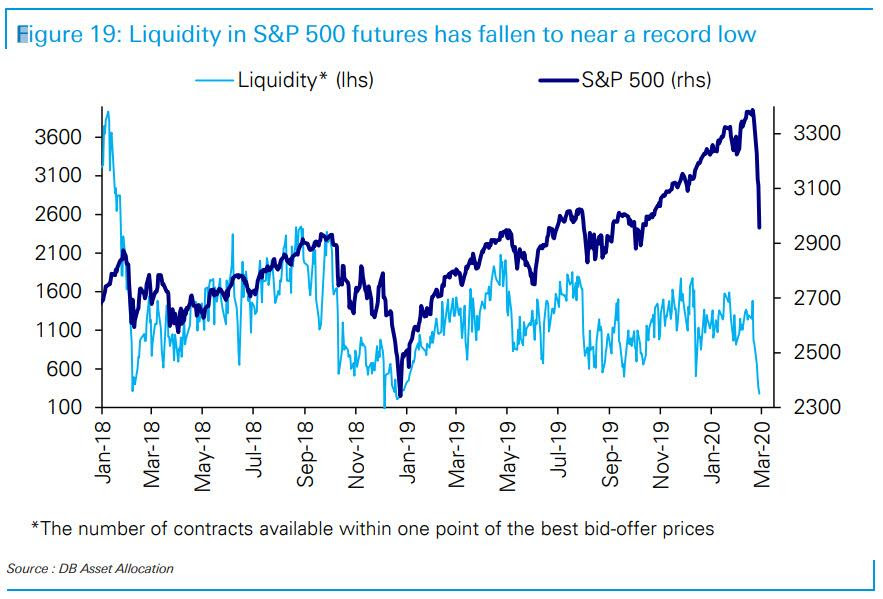 The large money managers are just not bullish. You can see how liquidity is at an ALL-TIME LOW while prices are at ALL-TIME HIGHS. This is also the reason why I keep saying the bull market has legs; euphoria is just not the way I would describe the atmosphere. Our targets have not changed: Dow Jones 36,000; NASDAQ 11,000; S&P 500 4,000 points.

Recapping what we know about COVID-19, the U.S. has tragically seen its first deaths and Washington State has declared an emergency.

My bullishness for gold is MAINLY due to the fact that the 10-year Treasury yield is now close to 1%! Not only is that a record-low, but it also makes income investing OBSOLETE. 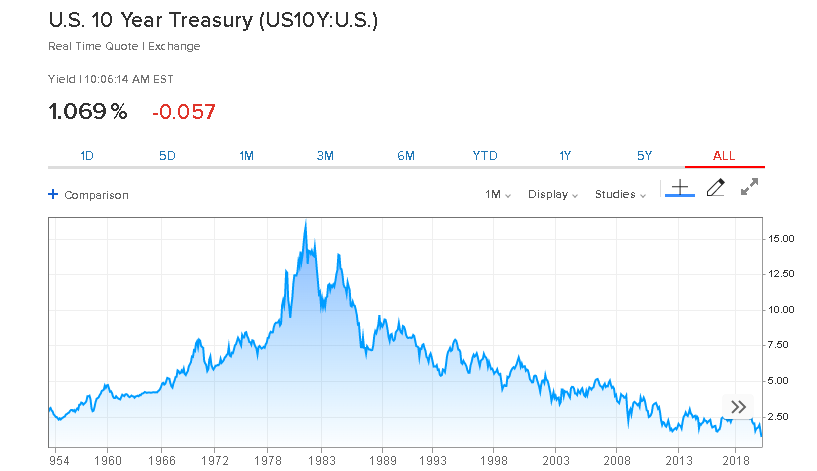 This is, in my book, a new chapter in the global reset.

It’s now crystal clear that when the meltdown of the sovereign bond market occurs, the amount of suffering to lenders will be disastrous.

Therefore, my thesis is that governments will resort to partial debt write-offs within the next 4-5 years.

Interest rates are not only dangerous, but they point to systemic fractures. 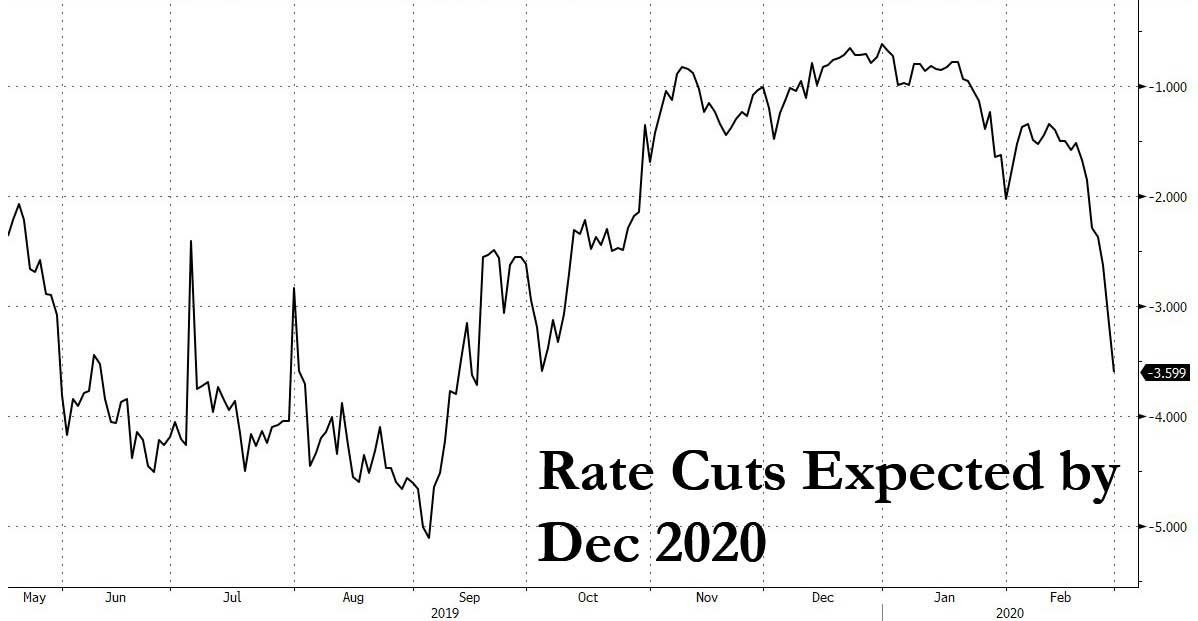 By the end of 2020, the projection is that the FED will cut rates either three or four times.

Stocks, which represent businesses, the types that make billions of dollars in annual profits, are so much more valuable than worthless bonds.

In 30 years, our children and grandchildren will be amazed at how hypnotized our generation was to central banking. I plan to tell them that I OWN stacks of gold and silver – not paper government IOUs.