Cuba was a mess as a communist country where one was told what to do, who to do it for, and had nothing to show for their obedience and discipline. It was the opposite of what America stood for in the 1980s, especially as material wealth became such a fascination with the Baby Boomers, who wanted to live extravagant lives as the U.S. dominated commerce in such a dominant fashion.

When Tony Montana got to the shores of Miami on the refugee boat, immigration sent him to where many other Cubans were housed in a tent camp. They didn’t receive visas or green cards, but Tony heard that if he’d whack a communist government official that was also on the run and living in these barracks, a green card would be made available.

He entered U.S. soil by murdering someone. The contract was made by a man with connections at the local immigration office, a man that could bribe officials to issue Tony his coveted green card.

Tony started working for a drug linchpin named Frank, who warned him not to get flashy and flamboyant. He was told that being too greedy and ambitious would attract attention, but Montana wanted it all. He wanted the world.

When he finally got everything, he wasn’t impressed. What he was pursuing, the end result, wasn’t what he craved. He got to the top and saw that there’s nothing there, in essence.

That’s when he started making mistakes in judgment and began his fall and eventual death.

Al Pacino plays Tony Montana in a role that made him a legend. The director and the producer, Brian De Palma and Oliver Stone, both continued to have illustrious careers and became Hollywood megastars.

When you can make the audience love such a cruel and merciless person and make viewers watch the movie again and again, you’ve got a cult following. 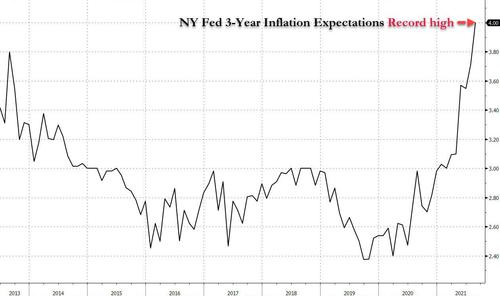 The movie “Scarface” has a cult following. It has raving fans who think Al Pacino really acts like this in real life and can recite the lines of the film while mimicking his accent, hand gestures, and facial expressions.

Similarly, there are gold and silver bulls that you can wake in the middle of the night and they can explain to you how gold and silver are essential to hold because of Austrian economics and the fiat monetary system.

I am always reminded of how much gold and silver are important for some, well above their significance in the financial sense.

I can understand why, but we must understand that just like when Tony Montana supposedly reached the top and saw that it can feel pretty disappointing and short-lived, so did the August 2020 rally for gold that pushed it to over $2,000.

Tony Montana didn’t adjust when signs of trouble came his way, but you and I can tweak our approach.

In the past month, gold and silver have been decimated and beaten to a pulp twice.

Silver has fallen all the way to its support line.

These are not small moves, and they should not be ignored.

This is a gift for those who have wanted to buy physical metals and thought the price isn’t a deal but is a threat for the portfolios of precious metal traders.

For me, with the FED meeting and the chance for bulls to come roaring back, this is the most important week of the year by far.