Will the West Remain United?

Ukraine has turned into a battle zone. No longer a functioning country, it is the, in essence, the front lines in a grand war, a power struggle that will define the next 50 years.

The Russians are attempting to shape the future, by getting access to the Black Sea and through that, using political peace with Turkey, enter the Sea of Marmara and from there, through the Dardanelles Straits, go all the way to the Mediterranean.

This is a generational, perhaps even an historical power play and it will define Western resolve, unity and dominance or break the allegiance, loyalty and commitment of NATO members to the global world order OR it will dismantle it and allow for a vacuum to be filled by new regional leaders.

On December 21st, Zelensky flew to Washington D.C. for ten hours, to meet with Joe Biden and to give a speech to Congress and secure their support.

The Ukraine needs $100bn in 2023, as they prepare for the harsh winter and the battle of the worlds in Spring 2023, which is shaping up to be the deciding one, which would determine how the pie will be carved.

Americans are not 100% in support of funding the war; dealing with many domestic issues, many, especially in the Republican sphere, say America should butt out of this one or limit its spending on foreign affairs, as it readies for a slowdown and a recession.

Zelensky wanted to stress that Russia isn’t trying to reclaim just those four regions, but that it is forming an alliance with Iran, which supplies it suicide drones and with missiles and that the humanitarian cost of completely destroying Ukraine’s infrastructure must be addressed, as it was American aggression in the region that sparked Putin’s paranoia that NATO is about to place nuclear missiles on its border, within a 5-minute striking distance from Moscow.

Putin will attempt to break the European Union’s spirits and get them to come to the negotiating table, without entering the Spring super-battle.

As the U.S. grapples with a blizzard of epic proportions, I think that another storm is only beginning: 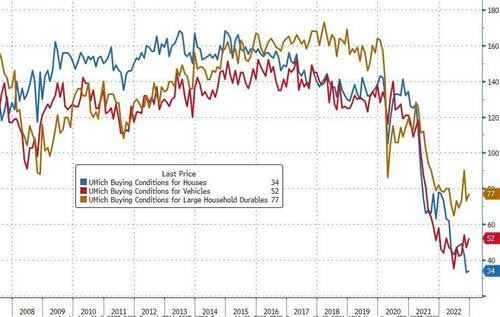 Americans have never dealt with such an aggressive central bank in over 40 years.

Most people have never had to face an opponent like a restrictive Federal Reserve; hack, most didn’t even know there is such a thing.

Two generations of investors have only seen a Federal Reserve that comes to their rescue, but no one that slaps them on the wrist and tells them they’ve gone too far.

The FED is really out to teach Americans a lesson; printing money is only reckless, if you abuse the credit and cheap money that we’re providing you with.

As you can see above, Americans are complaining that these are the worst times to buy vehicles, houses or appliances and that means the reset is well underway. 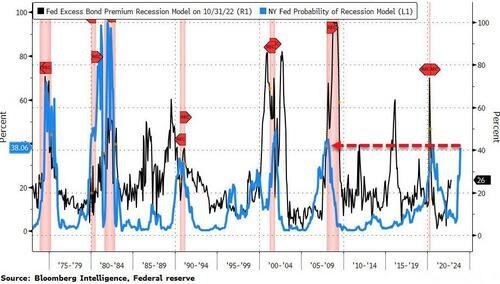 With everyone betting on a recession, with the only wagers being on how severe it will get, 2023 is shaping up to be apocalyptic, much more than the horrible snowy blizzard that’s sweeping through the U.S. right now.