Wall Street is getting worried about stagflation, but the question is what to do with this information.

A couple of days ago, I renegotiated an extension of the lease for the apartment I currently reside in.

I had asked the landlord to give me a 6-month renewal and he agreed. After two years, paying the same price and with rents rising dramatically in the area I live in, I was certain that he would not keep us at the same rate we were paying.

Rents in my building are hot and are up by as much as 25% in the past year!

Because my landlord lives outside the city, he doesn’t know just how hot the real estate market is in this area, and I didn’t make it a point to educate him on it.

When he left me an apologetic-sounding voice message about how hot the housing sector is, I was waiting to hear how much he is trying to raise my monthly lease by, knowing full well that he won’t rattle the boat.

To be frank, if he really wanted to and had he been a cruel landlord, he could have cornered me. I shared with him that I had already signed a new lease in the summer of 2022 at a higher floor in the same tower, so he could have gone for the kill and raised my monthly rate by much more, but he didn’t take time to figure out the going rates and just raised it by the minimal amount that he could.

I agreed to the bump without any resistance because I already knew it was coming, and by agreeing to it without causing a scene, I won points with him in case I need them in the future.

The landlord, who is undoubtedly a multimillionaire and can pick up the phone to any number of realtors and realize that he is undercharging even after this 7% hike in rents, didn’t do so. 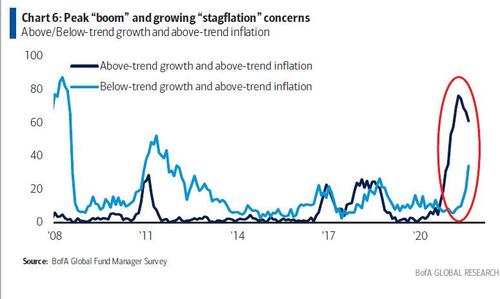 Stagflation in the United States is an economic phenomenon that rarely happens. The last time it appeared was many decades ago.

Hedge fund managers are not only awful at analyzing macro-economic landscapes, but they’re predictably wrong at it.

In other words, the fact that they’re trading and investing as if stagflation is coming means that if you disagree with them or know better, you can capitalize on this.

There are no signs of slow growth in the economy. Earnings have been stellar, innovation is on the cusp of new revolutions, and the free markets are innovating, aren’t taking their foot off the throttle, and are advancing their respective industries in major ways. 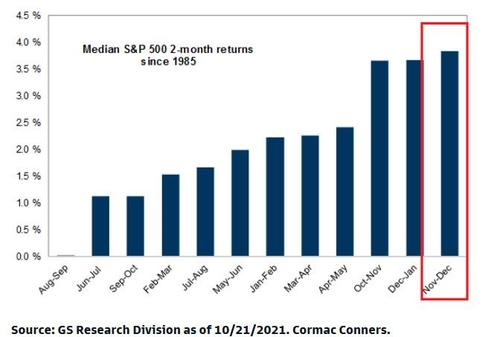 To us, the economy looks good overall. We don’t see signs of stagflation yet and are expecting markets to trade in line with historical averages for November and December, which are the best duo months of the calendar year.

As long as Wall Street is doubtful and fears that the economy is getting overheated linger, there will remain opportunities to buy equities.

By the way, uranium keeps surging, and our two stocks are performing so well that I’m extremely thrilled for all of us who got involved!