Stocks: The WORST is Yet to Come

Now is the Time for Caution and GOLD

“PERSISTENT DETERIORATION”:
The Worst of the Market Shocks is Yet to Come

Tremendous opportunities are on the horizon; don’t get caught up in the daily noise from the markets.

Let’s step back and realistically look at where the best opportunities are right now.

In an unusually volatile December for the U.S. stock market, much has been made of the S&P 500 stepping into bear market territory (-20%) from its most recent peak. The expectation that the dip buyers will step in and save the markets or that the so-called Plunge Protection Team will save everybody once again is going to fail sooner, rather than later.

The most insidious but under-appreciated problem is the national debt, which has taken a backseat in the news but cannot be ignored when the economy starts to come apart at the seams. In a nation that owes more than it produces, the debt-to-GDP ratio is reaching breaking point: 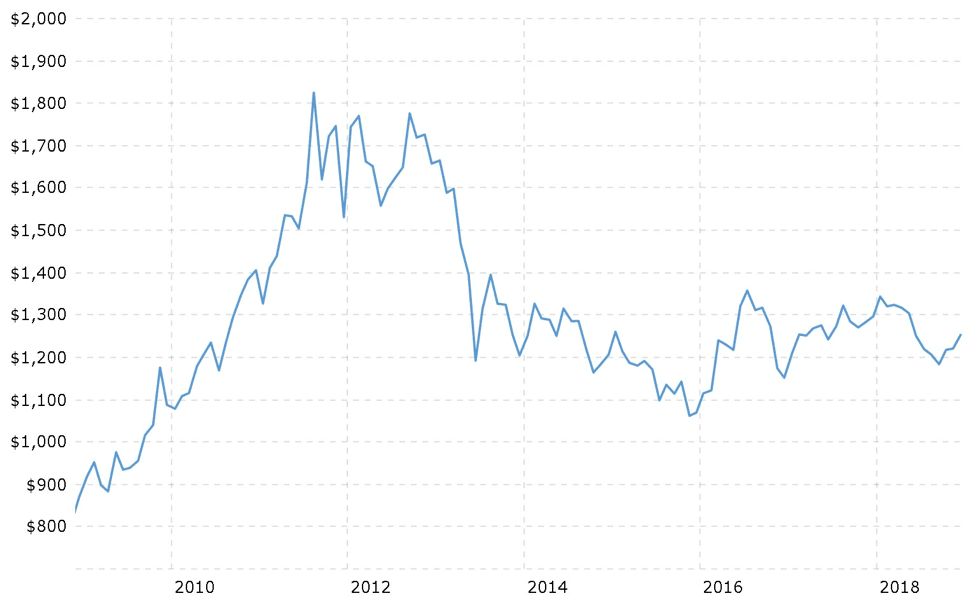 This mounting debt, which the government itself admits is nearly $22 trillion, is prominent among the factors that will lead to “persistent deterioration in the U.S.’s fiscal strength over the next 10 years,” according to a recent Moody’s analysis. Former Trump White House Economic Adviser Gary Cohn echoed this, saying that “we have a huge debt and deficit problem.”

Mainstream media commentators and analysts don’t say things like this when the economy is healthy. In the worst quarter the stock market has experienced in a decade, the worst December for stocks since 1931, and after the worst Christmas Eve the market has ever seen, CCB International Securities global strategist Mark Jolley told CNBC that “the worst is yet to come next year.”

Federal Reserve Chairman Jerome Powell projected that there will be two interest rate hikes in 2019, and as Jolley pointed out, companies will find it more difficult to service their debt, likely resulting in some companies defaulting and/or getting downgraded.

This weakness in the credit markets will likely spill over into stocks, continued Jolley: “My core scenario will be a credit event, which will further weigh on equity markets, which will definitely weigh on high growth sectors like tech.” And that circles back to the larger issue, which is that higher interest rates will make it more expensive for the U.S. to carry its already overbearing debt load.

Rising interest rates mean that Wall Street (and the nation in general) cannot ignore the debt problem any longer.  From December 25th, 2017 to December 25th, 2018, the U.S. added nearly $1.4 trillion to the national debt, and interest payments on the total debt are projected to triple to $619 billion by the year 2023:

That chart comes from the Congressional Budget Office, which cautioned that “high and rising debt would have serious negative consequences for the budget and the nation” and that high debt increases the likelihood of a fiscal crisis. Again, “persistent deterioration” is the only logical outcome of America’s penchant for spending like there’s no tomorrow.

Now, imagine all these people in D.C. over the next 2 years… do you think they are going to put our fiscal problems to rest or magnify them as they fight like little children?

I’m long on entrepreneurs and great companies, so this certainly isn’t the collapse of the U.S., however, it’s going to be an ugly reset and realignment for the entire world.

Now, let’s seize the moment and generate a permanent wealth for you and your family.

My next email will have a MAJOR announcement.