The Best Date To Reopen America

COVID-19 was a POTENTIALLY MUCH LARGER health emergency than it is turning out to be but the measures taken to avoid the OVERLOAD and subsequent toppling of our healthcare system — which clearly wasn’t ready for the number of respirators, hospital beds, and other medical supplies and devices a coronavirus outbreak REQUIRES — have brought ECONOMIC DISASTER.

With the first release of Q1 earnings yesterday, which will continue to come out in the coming days, our PROJECTED round 2 sell-off has begun. This type of DATA, which everyone knew would be DISASTROUS, is still managing to beat expectations TO THE DOWNSIDE.

The United States is an economy that generates its GDP by consumption. When it is forced to shut down this mechanism altogether, the results are INCREDIBLY BEARISH. If Corporate America is seeing such a horrific earnings decline, JUST IMAGINE the little guy’s suffering.

Because so many stimulus plans were already announced, investors have LITTLE to look forward to in the short-term. 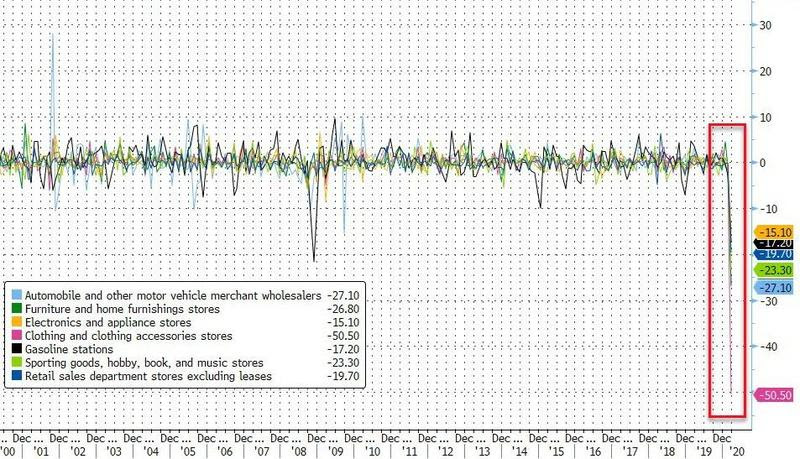 This chart plots the 21st century and how major consumer segments shrink or grow. NOTHING COMES CLOSE to the 2020 coronavirus consumer EVAPORATION. America is hibernating.

As I said on Tuesday, this creates an opportunity if you have a longer-term timeline of over five years.

If so, while more clarity builds and the future starts to look MORE PROMISING in these coming months, you could uncover great opportunities.

They’re adding HUGE amounts of gold bullion to their troves. In fact, in 2018, they added more gold in a SINGLE YEAR than in any other calendar year since the 1971 TRANSITION to the fiat monetary system. 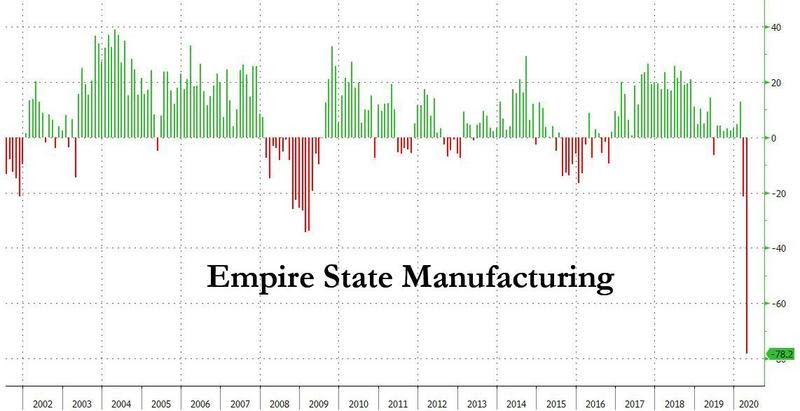 This is ABSOLUTELY apocalyptic, and it shows you how our economy is slowing and headed to a COMPLETE STOP if we don’t reopen soon while protecting our elderly and other high-risk groups from catching the virus.

The money lost on this in terms of WORK DAYS that we’ll never get back is enough to build 100 STATE-OF-THE-ART hospitals. We need a far less DRACONIAN plan that doesn’t include stay-at-home orders for over 3 BILLION HUMAN BEINGS.

This is especially true since the data is really showing that most will BE FINE.

In the meantime, we are getting a rare chance to capitalize on this EXTREME pessimism following the earnings releases that LOOK TERRIBLE.

Therefore, after publishing Part 1 of my shopping list this past Tuesday, we focused on three ADDITIONAL companies, and here they are:

We might not see $68 again unless this RE-OPENING goes extremely badly, but at between $75 and $77, I’m personally a buyer.

They’ve been in business for over 100 years and the company has FAIRED MUCH BETTER than the S&P 500 over time.

Clothing has been severely hurt by COVID-19 and VFC shares dropped 55%, which is UNHEARD-OF for such a successful company.

My limit order is $49 to $51, as it looks like that’s where smart money and institutions are entering as well.

It’s been around since 1882 and its stock price has been STABLE, LIKE A ROCK, until COVID-19 came along. In fact, it has been quietly making shareholders richer for decades.

The price has fallen by 50% because of what’s happening, which makes their 4.72% dividend yield a viable alternative for passive income. This company, unlike many boring utility providers, also has a hungry CEO that is looking for growth opportunities.

We’re in UNCHARTED WATERS and it looks like China and the U.S. are about to get into a clash over the origins of the virus.

All of these limit orders prices are based on what is known today. If another black swan appears, they’ll be revised down and I slowly accumulate, instead of TAKING BIG CHUNKS.
Round 2 of the sell-off is ON!