It’s finally over. For six long years, precious metal owners had to put up with COMEX paper market manipulation and big-bank whales suppressing gold prices. During that time, as long as the dollar maintained its strength and the Federal Reserve had their back, the fraudsters had the upper hand.

Investors around the world were believing that QE, rock-bottom interest rates, now negative yields, and open market interventions by central banks would eventually be able to end… That central banks actually had an exit strategy from bailing out wealthy elites in 2008.

The cat is finally out of the bag: we are in the end game for fiat currencies. Are they going away tomorrow? No. Are we living in an epic currency war? You betcha.

And now it’s liftoff for the precious metals.

The paper-market scammers are failing spectacularly, despite adding tons and tons of supposed gold to the GLD on a daily basis.

Central banks in countries like Russia, China, Poland, Hungary, Turkey, Germany, France, and Italy are shoring up their gold reserves: 651.5 metric tons of gold were purchased by the world’s central banks in 2018. 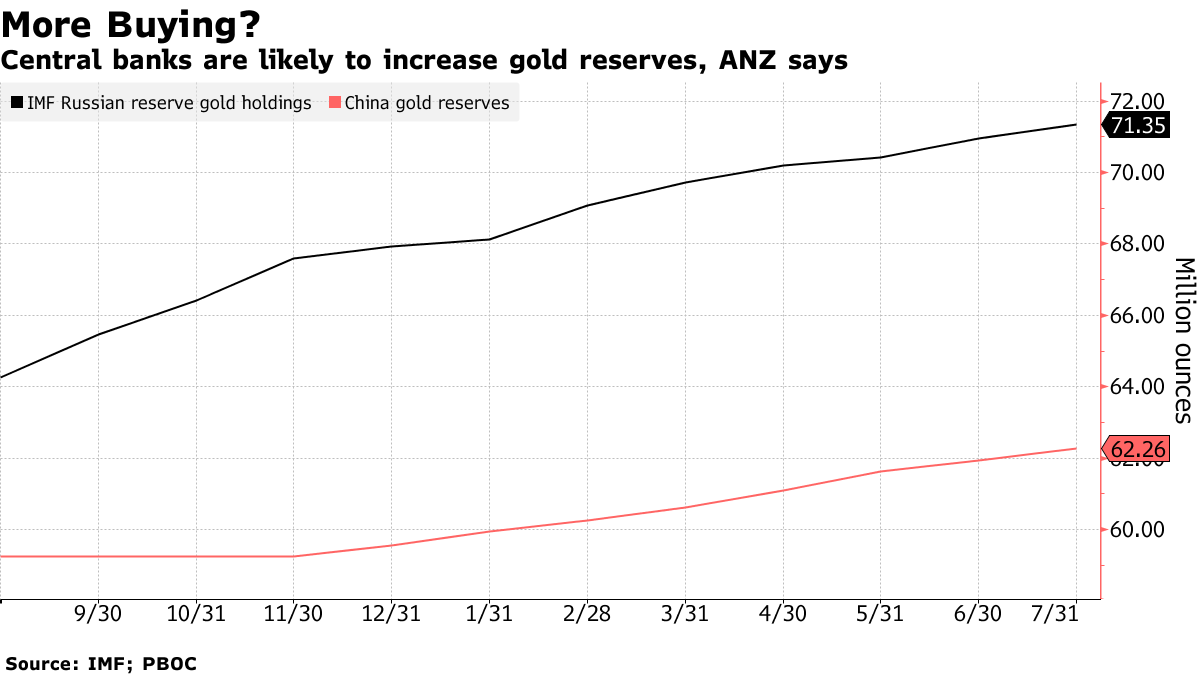 They’re hoarding massive quantities of gold and buying even more in 2019.

In fact, central bank gold purchases are accelerating – they’re up 143%! 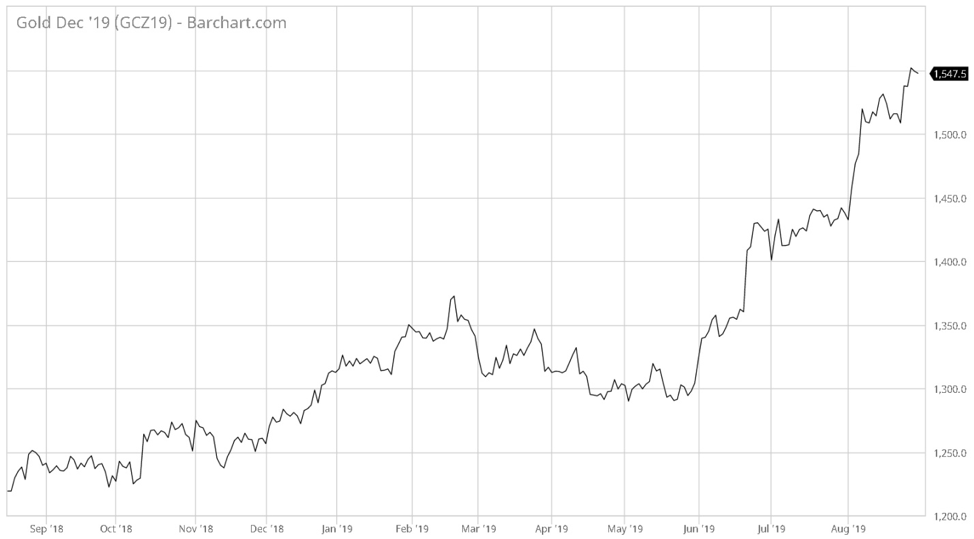 I believe Jim Rickards’ 2016 prediction of $10,000 gold – ridiculed at the time by the government-controlled media – is gaining credence with each passing day. The dam has burst and suppression tactics aren’t working anymore: there’s nothing standing in the way of gold doubling, tripling, or quadrupling from here.

If you’re looking for a catalyst to send gold higher, you don’t have to look very far, as the U.S. Federal Reserve has made it crystal clear that they’ll do whatever it takes to “keep the expansion going.” In other words, they’ll slash bond yields until they’re zero – or even negative. The Fed sees that Germany and Japan have already done this, and they’re eager to compete in this perverse “race to the bottom.”

It’s a global phenomenon, with European Central Bank President Mario Draghi fully admitting that the ECB will lower interest rates before the end of 2019. In his own words, “a significant degree of monetary stimulus continues to be necessary to ensure that financial conditions remain very favorable and support the euro area expansion.”

In my opinion, own some gold and consider investing into mining shares like our recent recommendation, Winston Gold (USD: WGMCF & US: WGC).

This work is based on SEC filings, current events, interviews, corporate press releases and what we’ve learned as financial journalists. It may contain errors and you shouldn’t make any investment decision based solely on what you read here. It’s your money and your responsibility.  We have been compensated by Marifil Mines two hundred thousand dollars for a one year agreement. We currently own shares purchased through their most recent private placement. We will never sell any shares during any active email marketing campaigns. We have NOT been compensated in anyway and have zero business relationship with Winston Gold Corp. We own shares and will not sell them during any active email coverage. We will not sell, buy, or trade any shares within thirty days of any email mention, but after thirty days reserve the right to buy and sell shares. The company has not been notified of our current write up, we did this completely independent of Winston Gold Corp, and have not been paid in any way. The information herein is not intended to be personal legal or investment advice and may not be appropriate or applicable for all readers. If personal advice is needed, the services of a qualified legal, investment or tax professional should be sought.