URGENT ALERT: Our No.1 URANIUM Stock Does the UNTHINKABLE!

Russia supplies nearly 10% of the global uranium market, but it could cut off supply to the world’s nations at any given moment — it cannot be replied upon any longer and politicians are well-aware of this.

Nuclear is now set to be part of the E.U.’s financial labeling “taxonomy,” as the bloc attempts to reach net zero greenhouse gas emissions by 2050, in order to limit global warming and reduce dependence on Russia.

It’s astounding to witness nations that were previously dead-set against nuclear energy proliferation, now leaning into nuclear-friendly initiatives. The proof is in the numbers:

In truth, the U.S. and other nations have no choice except to adopt nuclear power as a fuel source:

The U.S. government isn’t just going to stand by and allow other nations to surpass its nuclear fuel capacity. The problem is that U.S. domestic production is super-low. This chart tells an unsettling story: 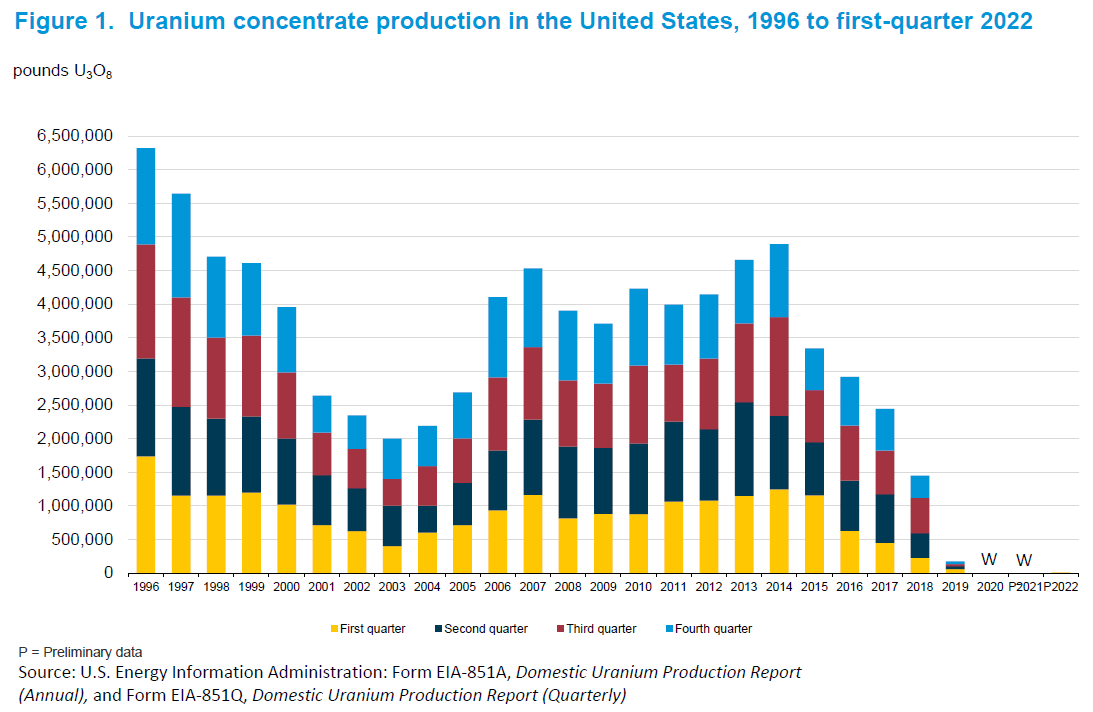 It’s a dire scenario as the deficit is widening!

This is precisely our opportunity!

The uranium company that we just READ an ANALYST REPORT about has a price target that is 110% above its current price, but that’s not the MAIN REASON for sharing with you this mega-alert; it is that this company actually owns PHYSICAL INVENTORY of uranium!

Physical uranium portfolio of 5M lbs. U.S. warehoused U3O8 at approx. $38/lb average cost, the largest inventory position for a U.S. based uranium company. This is the holy grail for many mining investors.

Wait until you see the type of Wall Street hall of famers with deep pockets that own this stock!