Be careful out there because all stocks are vulnerable to extreme volatility in the coming weeks and months.

Through mid-September, Wall Street insiders had sold off $19 billion worth of stock shares, and experts estimate that figure will reach $26 billion by the end of this year.

***As you may recall, this same retail-buying and insider-selling behavior occurred right before the Dotcom bubble burst in 2000.

Something else was going on back then, which we’re also seeing in today’s market: a few tech-focused high-flyers single-handedly responsible for a disproportionate share of broad-market gains.

In other words, there’s very little breadth to the stock market rally we’re currently witnessing. A healthy rally involves participation from many sectors, not just a few “momo” (momentum) stocks with sky-high P/E ratios and in one or two specific sectors of the economy. 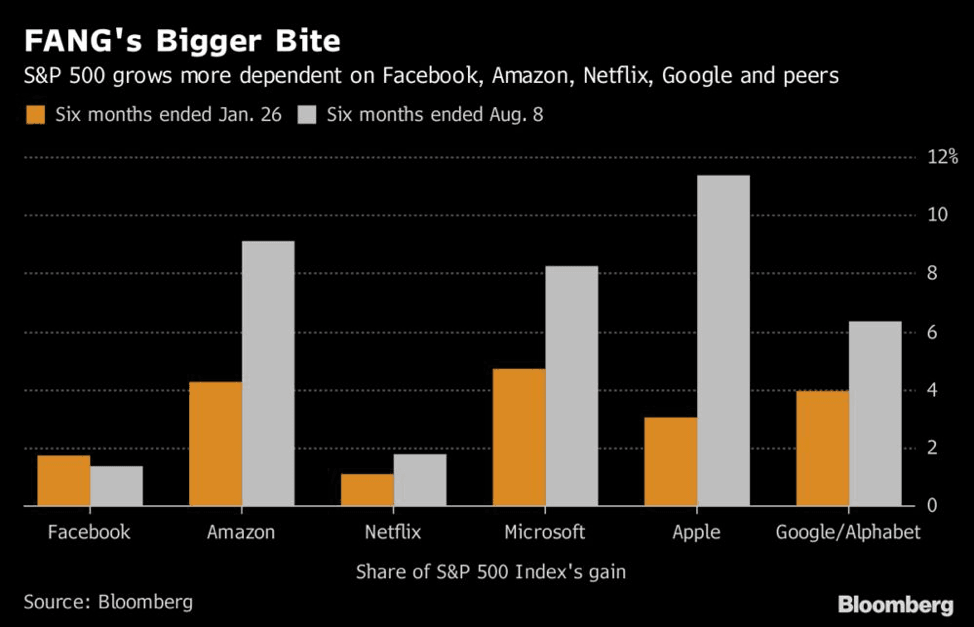 This year we’ve seen the emergence of a bubble within a bubble, if you can believe it.

Just six stocks – Facebook, Apple, Amazon, Netflix, Google, and Microsoft – collectively represent 17% of the S&P 500 in terms of market cap. To put it another way, those six companies have approximately the same combined market cap as the bottom 106 companies in the S&P 500.

Talk about a lopsided market – and that’s just how it looks in terms of market cap. When it comes to the S&P 500’s gains, it’s also disproportionally attributed to that same handful of stocks. The rotation out of value stocks and into momentum stocks has reached an extreme level reminiscent of 2008, right before investors were forced into defensive positions.

The thing is, if you don’t choose, the market will choose for you – and it’s not a pleasant position to find yourself in. The market will make the choice on your behalf at the worst possible time: when everybody’s selling and the market’s illiquid with scarcely any buyers.

When there’s a crisis, the selling will be intense because high-frequency traders and index funds control 80% of the market and they generally have a “sell first and ask questions later” policy when the market goes haywire. Selling begets selling, and once the algos get tripped and stop-losses get triggered, you won’t have time to run for the exits.

And while all eyes are on the stock market, the next sell-off may very well be in the U.S. dollar and bond market.

I personally give it more than a 50% chance, which is why I actually believe stocks and hard assets could have a melt-up during a currency crisis.

I haven’t seen the market so vulnerable in a long time. The Federal Reserve is resorting to making “insurance cuts” to bond yields and initiating emergency “repurchase operations” because the banking system is short on cash for overnight interbank lending, but the mainstream media doesn’t seem to want to report on this. Meanwhile, the whole world is leveraged to the hilt: 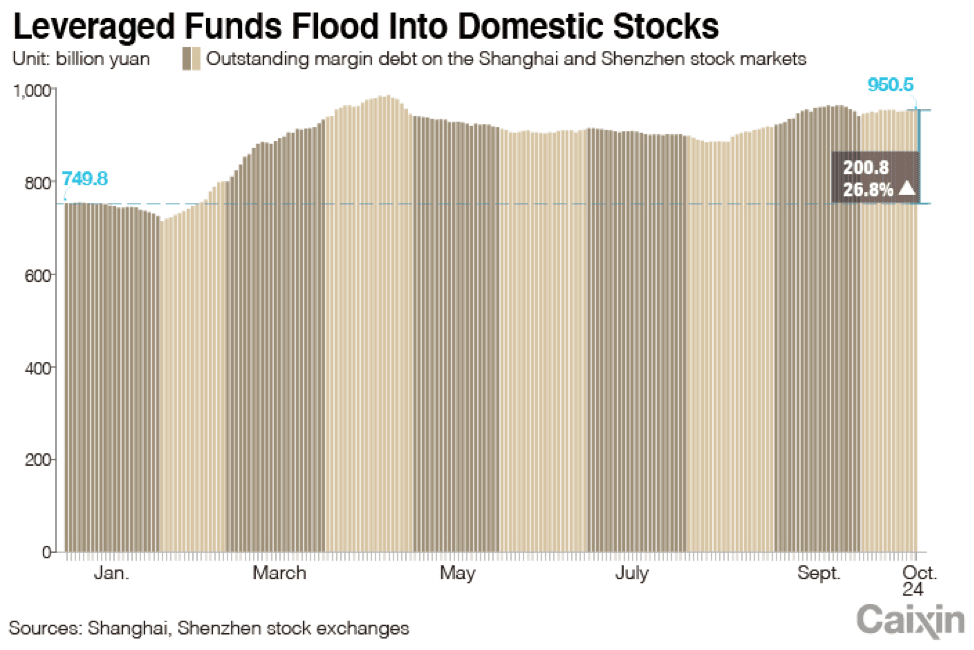 I don’t recommend borrowing money on margin to invest in stocks, as this is risky behavior, but entire nations are doing exactly that. That’s just going to make the market contraction that much faster and deeper, but few investors can actually see this before it happens.

So again, you can choose to take action now or you can be forced to take action later. It’s easy to forget how nasty 2000 and 2008 were, and it’s tempting to think that the next market crisis can’t be any worse than those. But remember, when people borrow money to invest, the floor isn’t zero: you can end up owing more than you’ve got in your account.

That’s the crux of the “borrow, spend, and hope for the best” culture we’re in the midst of today. But it doesn’t have to be your culture or your way of life: you can resolve to live outside the bubble, protect your capital and freedom, and choose before there are no choices left.

***Please consider this moment in time to do a full portfolio review with your advisor.***

Preserve and protect your money.

The owners of this website are invested in all of the ideas mentioned in this letter.