Last summer, when lockdowns occurred and children were at home in need of entertainment, we bought two inflatable pools. One was big enough that adults can swim in it. The second one was for kids. It was small and barely had any water in it so that it could be used in small spaces and by kids that just want to splash around, limiting the possibility of drowning.

Kids don’t need a lot of water. I’ve seen my daughter play with a bucket filled with water for hours, so an inflatable pool is a real treat.

If the adults just took a little bit of the water from their pool and dumped it into the small one, the kids would have an absolute blast.

You don’t need much; just a little bit would make all the difference in the world for the kiddos.

In the S&P 500, the top ten companies share a combined market cap in the trillions. The average company on the index has a size of $67 billion, while Microsoft and Google, for example, have market caps that are between 15-20x that.

If investors sell out of them and move said funds into the small-cap stocks, the wealth transfer could be equal to moving water from the big pool to the small one, something that wouldn’t impact the adult pool by much but would be amazing for small-caps. 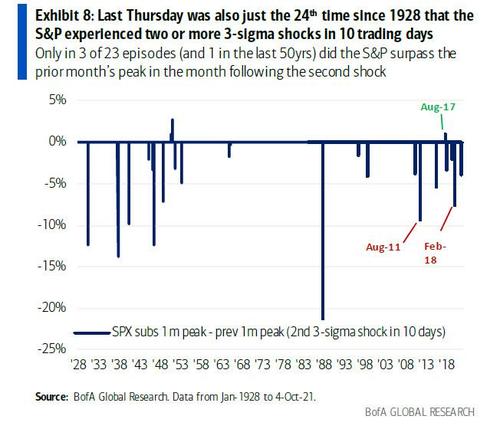 When companies like Apple Inc. lose 5% in market cap, it is equivalent to $150 billion, enough to birth two new average components to the world’s biggest index!

FAAMNG stocks are so big that just a little decline in their size is like dumping a whole lot of water from the adult pool to the kiddie pool, but if you pour too much too quickly, you’ll ruin the fun until balance returns.

I think what we are witnessing is the wealth transfer we have been waiting for, but it’s not from the rich to the poor or elites to the commoners, so to speak, but from the large-caps to the mid-caps and small-caps.

Do you understand how dangerous this is? If you’re on the wrong side of this, it could spell disaster. 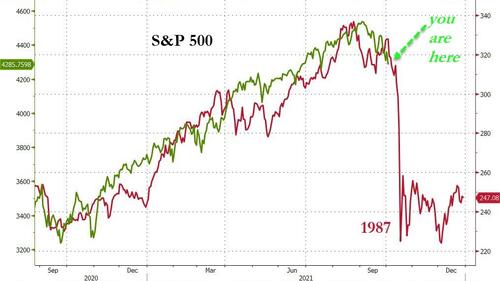 This chart is seriously out of this world. It shows what can happen, for no particular reason, if we see a resolution to the market’s biggest threats.

In 2021 alone, we’ve seen China attempt to break free markets, banning cryptocurrencies and going through a rollercoaster with Evergrande. We’ve seen rates going up and down, all while the FED has done nothing – no hikes and no cuts.

We’ve had variants emerging, sowing renewed fears, and society now has fresh demons it is struggling to understand when governments attempt to push the agenda of vaccinating children just as whistleblowers for Facebook get slots on primetime TV.

Supply chain shortages, record home prices, a debt default, and more gridlock… it looks like troubles are coded into the fabric of the human experience, yet we press on since progress is the only regime.

If Cathy Wood is right and central banks are only fantasizing about higher rates, gold could be the bargain of the century after a lousy 2021!

With the wealth transfer underway, are you on the receiving end?